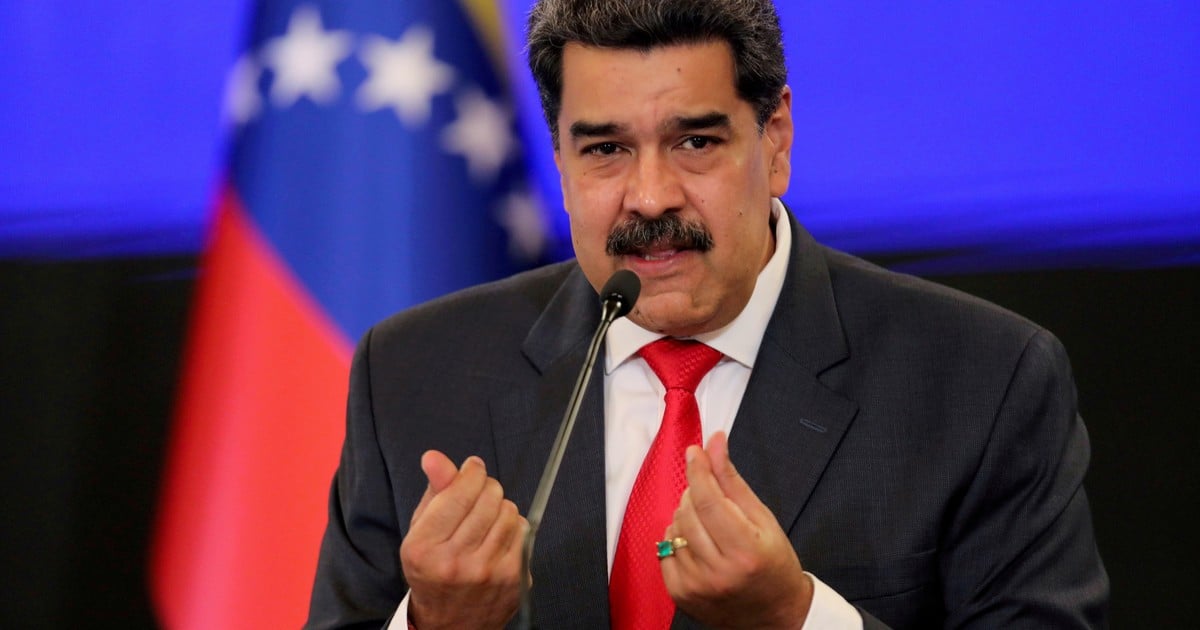 Nicolás Maduro affirmed on Sunday that the COVAX mechanism, created by the United Nations to guarantee equitable access to immunization, “failed” Venezuela and, consequently, demanded that it comply with the delivery of vaccines against the coronavirus or return the money required to be one of the beneficiary countries.

“The COVAX system Venezuela has failed”, fired the president in a televised government act.

“We fulfill it, two months ago we put his full money there, doing magic to free up resources that had been blocked from us, ” he added.

Almost a month after demanding that the President of the United States, Joe Biden, order the release of funds blocked by the sanctions imposed by Washington and that at the time prevented Venezuela from making the payment in full, Maduro confirmed Sunday that the money had already been unlocked.

“The United States government later unlocked another part, so there we have full (the payment) and that money is there in a bank account of the COVAX system, and the COVAX system has failed Venezuela, ” he insisted.

In June, the Venezuelan government reported the corresponding payment of $ 120 million to have access to the batch of vaccines through the COVAX program, but then received notification in Switzerland that the last portion of the amount to be paid, about 10 million dollars, had been blocked by the sanctions of Washington.

The Maduro government broke off relations with the United States in 2019 under the argument that Washington was promoting plans to destabilize his government and force its overthrow.

Washington froze all the assets of the Venezuelan government in the United States and prohibited Americans from doing business with Caracas to pressure Maduro to leave power, arguing that in 2018 he was elected in about fraudulent elections.

The sanctions They also aim for the Venezuelan government to be able to carry out financial and commercial transactions abroad, access international assets and carry out operations with oil, gold or other resources.

On Sunday, Maduro also complained about the lack of response from COVAX at your request for information on the vaccine supply process.

He announced that he issued instructions to Vice President Delcy Rodríguez to “act this week and already say an ultimatum to the COVAX system: Either they send us the vaccines or they give us the money back ‘‘.

In case the money is returned, “we will know where to go to buy because we have already talked with world, multilateral institutions, to do that,” he emphasized. And he launched: “Already enough teasing against the people of Venezuela. ”

Venezuela, which has had limited access to vaccines, expects to receive a supply of 11,374,400 doses of the basket of different vaccines provided by COVAX.

That volume represents the 20% of necessary vaccinations to immunize the total population, of about 30 million.

Maduro mentioned that he aspires to achieve the immunization of at least “70% of the population” in October.

In Venezuela, where the coronavirus has not hit as hard as in other South American countries, at least according to the dubious official figures, they are counted 277,635 positive cases and 3,190 deaths since the first two cases were registered on March 13, 2020, according to what was disclosed on Sunday night.

Venezuela already applies the Abdala vaccine, which is not approved by the WHO or by Cuba itself, where it is still in the experimental phase. Photo Joaquín Hernández / Xinhua

They apply an unapproved Cuban vaccine

Last Thursday, the Venezuelan government confirmed that it would begin to apply the Cuban vaccine Abdala, a drug still in experimental stage that it is not approved by the WHO or by Cuba itself, and that the Argentine government takes into consideration.

With obvious problems to acquire doses, until now the Russian vaccine Sputnik-V and that of the Chinese laboratory Sinopharm have been applied in the country, while the disputes with the Covax system continue, after vetoing AstraZeneca due to possible side effects.

Now Abdala has arrived, from which the Maduro regime announced to have purchased 12 million doses to Cuba, one of its main allies.

A donation from Havana of 30,000 doses arrived as advanced. It will target 10,000 people, as this possible vaccine requires three applications.

“Would you get vaccinated with that? I think the answer is obvious, “the opposition leader Juan Guaidó lashed out last Tuesday.

“If that vaccine is approved by the international scientific community, well, welcome. We should not be Venezuelans Guinea pigs“, he warned.