Nicolás Maduro estimates Venezuelan migration at 600,000 people, much less than the UN 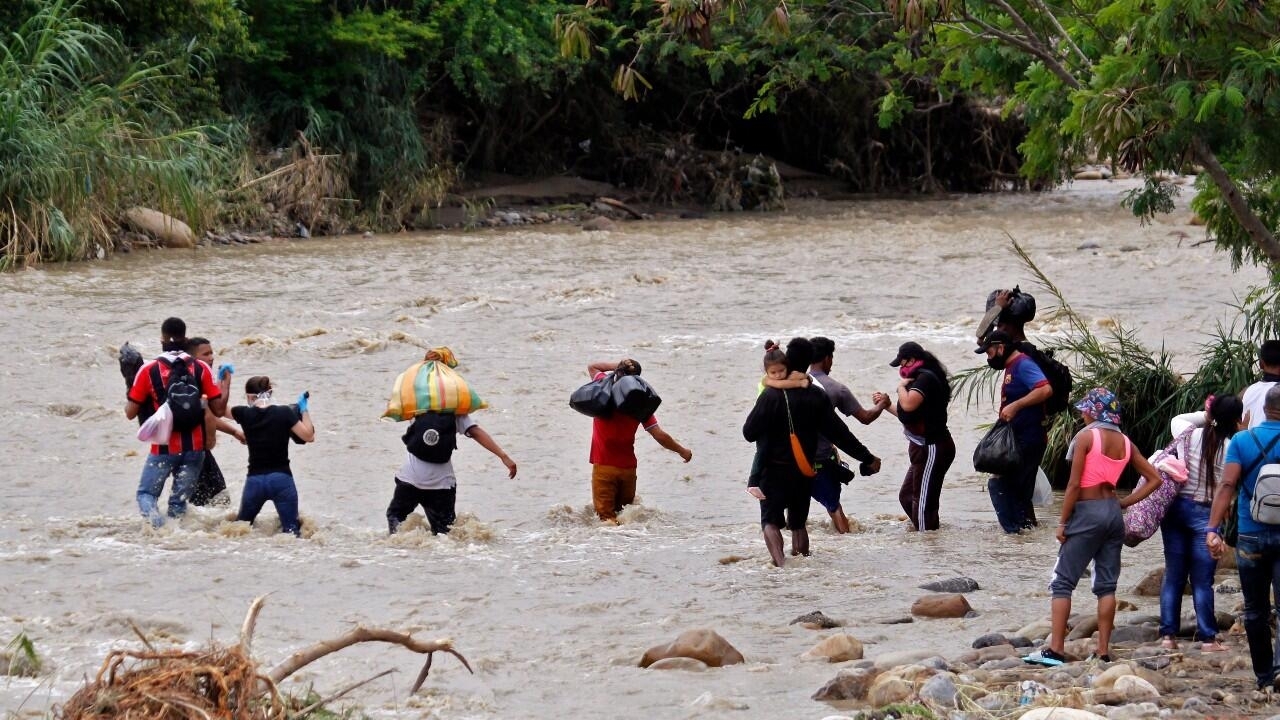 The data issued by the Venezuelan president represents 11% of that estimated by the UN according to the 2021 regional plan issued in December 2020.

“From the wave of migrants who left after the guarimba (violent protest) in 2017, 2018, 2019, the National Institute of Statistics (INE) estimates that this could reach some 600,000 Venezuelans,” said Nicolás Maduro.

In recent years, Venezuela has experienced one of the largest migrations in the world and since then the Nicolás Maduro administration has limited the publication of official data in this regard.

According to the head of state, Venezuelans would be distributed in countries such as the United States, Spain, Colombia, Ecuador, Peru, Chile, Argentina and Brazil. “They went to those countries in search of a life opportunity, an economic opportunity,” Maduro added.

During his speech, he stressed that many were deceived by social networks while questioning the fact that some Venezuelan professionals are developing low-paid jobs.

“Many of them, upon reaching those countries, realized that the reality was different, they are neoliberal countries, neo-slavers,” said Maduro.

“Vuelta a la Patria”, a return plan sponsored by the Government

Before the Covid-19 pandemic broke out in the world, the Venezuelan government had launched the “Vuelta a la Patria” plan, a return program for Venezuelan citizens who wanted to return to their country of origin.

According to government figures, at least half of those who migrated returned to the country thanks to the program. “Most of them, according to the statistical study we have, have returned, almost 300,000 Venezuelans in the Vuelta a la Patria plan have returned,” said the president.

On the other hand, the Covid-19 pandemic forced many Venezuelans to return due to the impact on their socioeconomic conditions.

The Venezuelan president referred to the return of nationals in the midst of the pandemic, but did not indicate that an exodus is still being generated, especially along the border between Venezuela and Colombia.

In December 2020, the United Nations Organization indicated that at least 117,000 Venezuelans had undertaken the return to their country of origin due to the situation caused by the pandemic.

“The return of Venezuelans began at the end of March, when Colombia was going through a strict quarantine period, which lasted for five weeks and which sought to reduce the speed of the spread of the new coronavirus to give national authorities time to increase the capacity of the health system, expand the laboratory network, strengthen response plans and epidemiological surveillance ”, said Gina Tambini, representative of the Pan American Health Organization in a note published by the UN.

“In recent years, countries in Latin America and the Caribbean have faced one of the greatest humanitarian crises and exoduses ever experienced in the history of the region. To date, more than 5.4 million refugees and migrants from Venezuela are outside their country of origin. Of that number, approximately 4.6 million reside within the region, ”Eduardo Stein, UNHCR-IOM Joint Special Representative for Refugees and Migrants from Venezuela, said in the presentation.

🔴 $ 1.44 billion is needed to support refugees and migrants from Venezuela.

👉 You can see the plan in detail here: https://t.co/OMwsQ8oa8l

In this sense, the EFE news agency points out that Colombia claims to have received more than one million Venezuelans in the last five years while Peru, in mid-2020, reported nearly 500,000 pending asylum applications from Venezuelans who arrived. in recent years.

Regarding the Regional Plan, launched by the International Organization for Migration and the UN Agency for Refugees, it requires 1,440 million dollars to support Venezuelans in vulnerable situations in 17 countries in Latin America and the Caribbean.