Nicolás Kreplak, on the coronavirus: ‘We have passed the hardest stage, now the reconstruction is coming’ 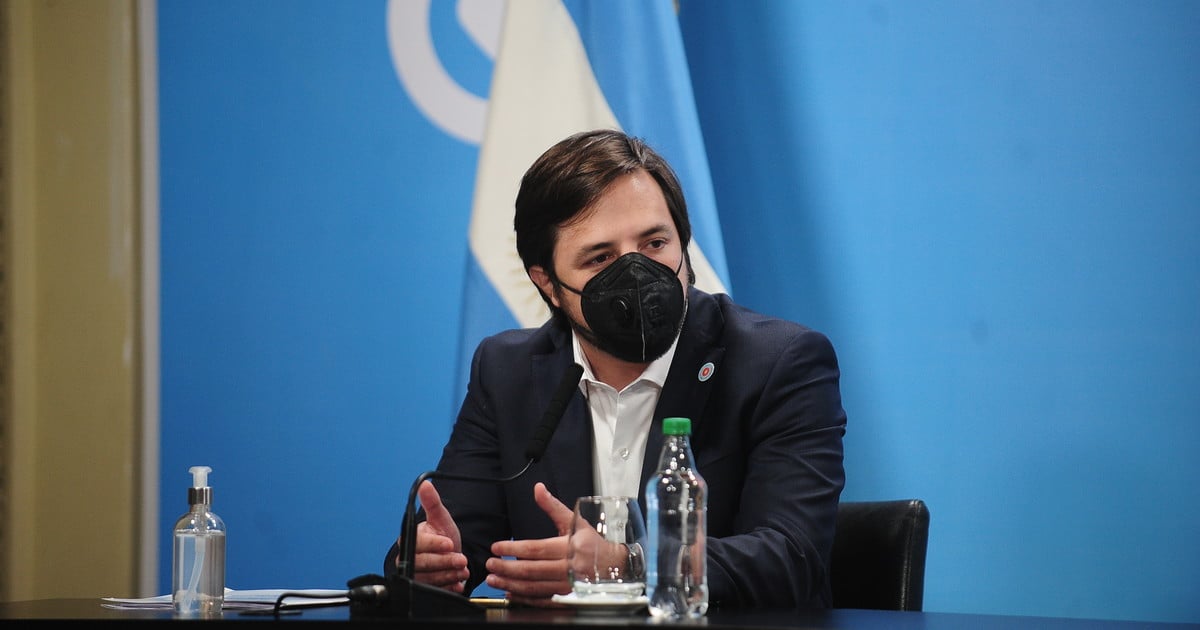 The brand new Minister of Health of the province of Buenos Aires, Nicolás Kreplak -who replaced Daniel Gollán, candidate for deputy for the Frente de Todos, launched a phrase that sounded similar to the failed macrista catchphrase of “the worst is over”, but in code pandemic of coronavirus.

He said: “We have passed the hardest stage“and then added that” now comes the reconstruction. “And in that sense, he added that” people now demand what we did not do during the pandemic because we were working to survive “

“There is a feeling from all of us in the Province that we’ve been through the hardest part. The second wave was tremendously tough. We will need some time in the future to meditate on this and make the necessary duels and reflections, “Kreplak began in statements to Radio AM 750.

He said he sees “a lot more camaraderie” in people. “That thing that happens when someone went through a difficult situation with another. That happens to us in general in the territory, with health workers in particular, but with everyone in general, “he continued.

In that sense, he analyzed that “enthusiasm and a lot of demand for new things are beginning to appear in people.” “What we need to do that we did not do during the pandemic, because we were taking care of survival. Axel says it as a stage of resistance, now comes the reconstruction and the demand for a better life begins, “said the official, paraphrasing his boss, Buenos Aires governor Axel Kicillof.

Kreplak analyzed that with the level of vaccination he called “high” in the Province (more than 10 million with one dose and three more with two), what will happen is that as time passes, the number of cases it can be reduced, as well as the lethality.

“If the Delta (variant) passes and the phenomenon that was seen in other countries occurs and they were vaccinated as in Argentina, it may happen that we have cases but with little severity“, He said.

“If this is seen in this way, the pandemic changes a little circumstance because the number of cases is no longer a direct correlation with the number of hospitalized and deceased, and we have to work specifically on what are the serious cases to better serve them and arrive on time . Change the record of how to attend things, “Kreplak estimated.

Regarding a future that warns post-pandemic, he said that politicians must give themselves “a time to listen, house, contain and share spaces, because a lot has happened with this pandemic “.

“Not only that we came from four very difficult years. In the change of government, an enormous expectation was set to rebuild a life that advances, that goes forward. The pandemic came and forced us to confine ourselves in our homes. It affected us economically and socially, and it prevented us from many of the collective aspects that we like the most, “he continued.

Nicolás Kreplak and his peer from the Nation, Carla Vizzotti, at a press conference. Photo Germán García Adrasti.

However, he highlighted: “Argentina has managed to respond in the pandemic like almost no country in the world, avoiding the collapse of the capacity to attend. “” The State has been, with the deficiencies and difficulties, but it has been with everyone, especially with those who need it most, “he insisted.

He called for a reform of the “health system”

For the latter, Kreplak assured that it is necessary to have “a fuller and more participatory democracy.” “We are militants of collective construction. The pandemic affects us because it prevents us from meeting. “

The Buenos Aires minister assured that the Argentine health system “is one of the most fragmented of the world”.

“There are like thousands of different subsystems. A person who lives in one province as in another does not have the same health rights, who has a social work or not, or who has a prepaid because he has a different plan. That can’t happen“, he sentenced.

He said that in no country in the world “one can make access to health based on where they live or their purchasing power, but rather thanit has to be because of your need“.” This is not due to lack of investment but due to lack of articulation, “he analyzed.

According to his vision, what happened in the Province of Buenos Aires during the pandemic approached the ideal. “We knew that it was going to be an exaggerated demand, the health system would not be able to account for it if we did not do something new and what we did was integrate,” he synthesized.

Finally, he assured that it is essential “make a reform of the health system, because people need it. “

“It is being built day by day with the work we do, which integrates. The truth is that the same will happen. We will do it with time so that it works well. This cannot go wrong for us, we need the health reform to be everything adequate, good and possible and that reaches the town. It’s not a box discussion between five or six actors. It competes with 45 million people “, he concluded.