Nicaragua: the lawyer of the opposition Cristiana Chamorro denounces “kidnapping” 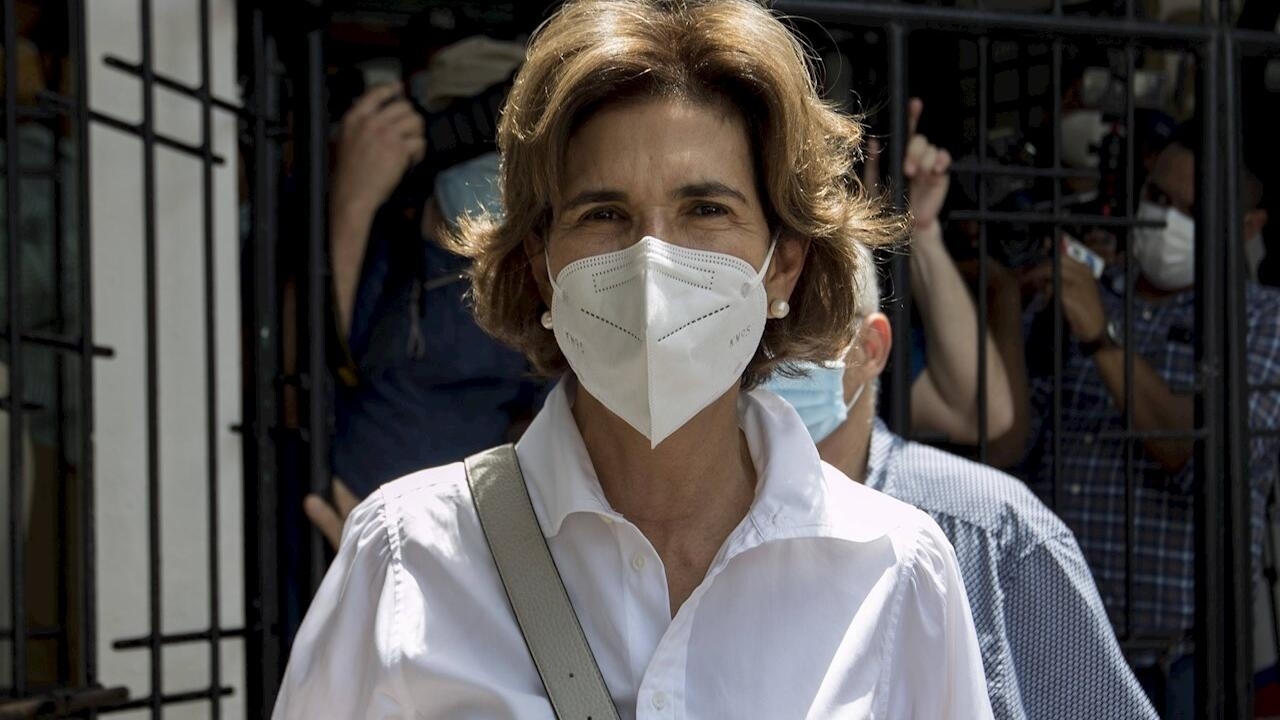 International pressure is growing to “release” Nicaraguan presidential candidate Cristiana Chamorro, while relatives denounce that they are unaware of her status. Political analysts suggest that the legal action against Chamorro seeks a political negotiation with the opposition.

The presidential hopeful was getting ready for a press conference when a police contingent broke into her home. Cristiana Chamorro, the most popular opposition figure to face Daniel Ortega in the Nicaraguan elections, is serving more than 24 hours in house arrest, following a search warrant and prior arrest. However, his defense calls these actions “kidnapping”.

The police officers, backed by a search warrant issued by Judge Karen Chavarría of the ninth court of the Managua Criminal Court District, arrived with little courtesy and took their cell phones from everyone in the house located south of Managua. Chamorro, his daughter and even his domestic workers were cut off in a matter of minutes after the police operation.

“They took his phone and his laptop, as well as those of his daughter, who is with her in the house,” said Arelia Barba, a member of the Chamorro press team, who added that the police “cut off the internet. We have not found out. you’re welcome from them. “

Eleven guards remain inside Cristiana Chamorro’s house while she is confined in her bedroom. This morning about 40 riot police appeared to bang on the door to verify their presence. #SOSNicaragua


The Nicaraguan Justice investigates Chamorro in an alleged case of money laundering of the Foundation for journalists named after his mother, Violeta Barrios de Chamorro, the first woman president of Latin America and who defeated Ortega in 1990 to lead Nicaragua towards the peace processes and the disarmament of La Contra, an armed faction that fought the Sandinista government at the time.

Chamorro has suffered in recent hours the fiercest attack on any of the more than ten opposition presidential candidates who aspire to remove Ortega from power. Since the announcement of their candidacies, many of them have remained under strong police surveillance, with some cases using drones and armed civilians prowling their homes, accessing their communications and preventing them from leaving to boycott their political agenda, according to what they denounce.

On January 11, Chamorro flirted with the idea of ​​participating in the general elections next November, while the opposition debated which box and method would govern the search for a single opposition candidate. The former president’s daughter quickly topped the popularity polls. Something that bothered Ortega and his vice president wife Rosario Murillo, who started a campaign of public insults, calling them “anointed”, “crouched” or “selling homelands.” Chamorro responded to Murillo asking him “not to be afraid of the popular will.”

Timeline from words to actions

On May 20, the Ministry of the Interior requested the Nicaraguan Public Ministry to investigate an alleged case of money laundering of the NGO that Chamorro led. According to the entity, some inconsistencies in the financial statements would reveal that the organization for the promotion and defense of freedom of expression was in fact dedicated to laundering money with funds from international cooperation.

That same day the police raided the offices of Confidencial, a digital medium run by Carlos Fernando, Chamorro’s brother and critical of the Executive. The candidate rejected the accusation and the following day went to the summons at the Prosecutor’s Office.

The following days dozens of journalists were summoned for the same money laundering case involving the candidate, and some of them went from witnesses to defendants without any explanation. The writer Sergio Ramírez Mercado, the journalist Fabio Gadea Mantilla, owner of Radio Corporación and even correspondents from foreign media such as Univisión and El País, have been summoned to testify.

On May 27, Walter Gómez and Marcos Fletes, former financial administrator and former accountant general of the Violeta Barrios de Chamorro Foundation, were arrested for the same case. Their relatives have not heard from them until today, and another judge ordered that they remain in detention for 90 days while they are investigated.

On June 1, the Public Ministry requested that the candidate be inhibited from running for any public office, “because she is not fully enjoying her civil and political rights, because she is in an investigative criminal process,” they argued. The next day they entered his home with a house arrest warrant.

“The Public Ministry, throughout the process, has respected the constitutional rights of the persons mentioned; we are at the service of the victims and Nicaraguan society, ensuring the objectivity and quality of the investigation of punishable acts in the criminal process, contributing in this way to security and respect for the rules of peaceful coexistence, “said the state entity.

“Nicaragua is heading for the worst possible elections”

The Inter-American Press Association (IAPA) denounced this Wednesday that these actions are an escalation of state violence against independent journalism and against Chamorro, while calling on the government to “end the harassment and corral of critical voices.”

The General Secretariat of the Organization of American States (OAS) rejected the process of disqualification of the candidacy and warned the Government that the “use of the Public Ministry, precautionary and precautionary measures, the politicized handling of justice and the de facto ban of candidates are violators of the Inter-American Democratic Charter, of the OAS Charter. “

The OAS stated that “Nicaragua is heading for the worst possible elections, and this new attack on democracy, verified yesterday, makes it even more impossible to have free, fair and transparent elections in the country. Actions like this subtract all political credibility from the Government and the organizers of the electoral process “.

Relatives of Nicaraguan political prisoners and the mothers of those who died during the 2018 protests called for a National Strike this Thursday, following the house arrest of the opposition leader. The country’s business chambers have shown solidarity through communications with Chamorro, but they do not respond to popular requests to go to a National Strike, an action they carried out three times in 2018 to pressure the Government to dialogue.

“We are very aware of the recent legal actions taken against Cristiana Chamorro,” said Stéphane Dujarric, spokesman for the organization’s secretary general, António Guterres, Secretary General of the United Nations, while “the European Union (EU) urges that it be release her immediately and measures against her rights are reversed without delay, “said Community Foreign spokesman Peter Stano, in a tweet.

Was Ortega preparing a negotiation?

Former foreign minister and opponent José Pallais analyzed the arrest of Chamorro and considers that the government of Daniel Ortega is seeking a political negotiation. “I think that Ortega feels weak and is filling himself with letters to negotiate. He wants to open a negotiation, probably with the United States. He has seen some signal and is using, just as he has been using the freedom of 120 political prisoners, as a currency exchange, like a negotiation letter, “he said.

Pallais declared to the Redacción Abierta that Ortega “would be preparing to continue in the line of negotiating positions of strength as Nicolás Maduro is doing at the moment in Venezuela.” The Supreme Electoral Council (CSE) and the Nicaraguan Congress have left little room for maneuver for the local opposition. In May, the CSE canceled the legal status of the Democratic Restoration Party (PRD), which was expected to be another vehicle for candidacies facing Ortega.

A group of Nicaraguans hold a small protest on a street in the capital, Managua, demanding freedom for “political prisoners.” pic.twitter.com/LBcbXKp0xX


Chamorro, 67, is also the daughter of journalist Pedro Joaquín Chamorro, a critic of the Anastasio Somoza dictatorship who was assassinated in 1978. Her family owns the newspaper La Prensa, the oldest in the country, where she serves as vice president. .

Chamorro’s home, located in a quiet residential area south of Managua, is being watched inside and out by more than thirty policemen who beat up any journalist, defender or onlooker who tries to approach the place.

Chamorro, his family and collaborators are now monitored 24 hours by police agents until their case is resolved legally or through political negotiation, as is often the case in this Central American country. In the meantime, he must share an address with the most uncomfortable escort he has ever met.