Neymar, the “delicious dish” on the Mahrez “table!” 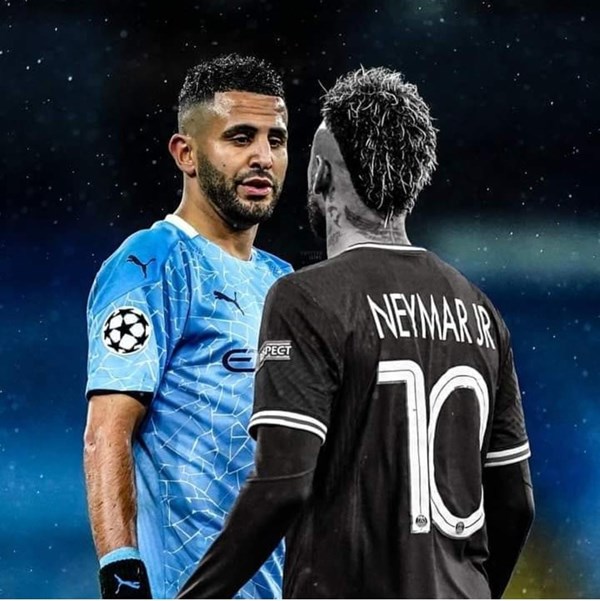 Murad Al-Masry (Dubai)
Arab fans in general, and Algerian fans in particular, have celebrated the brilliance of Riad Mehrez, Manchester City’s star, whose images and designs characterized by the spirit of innovation have invaded social networking sites over the past hours.
While Neymar, the St Germain player, was in the crosshairs of “humor”, after the Algerian caught the limelight from him, during the confrontation in which the Arab star scored twice, to lead his English team to the Champions League final.
The fans made a variety of designs to celebrate the Algerian Arab star, through pictures that mixed between shots of his brilliance and others with a kind of joke, and Mahrez became the most popular name on social media with City, since he outperformed Saint Germain in a confrontation, in which the team confirmed that his project is going in The right way, after dominating the English ball.
Neymar was the player most exposed to ridicule and humor from the fans, after Mahrez snatched the spotlight from him, although it is a habit that dominates the Brazilian, the most expensive player in the world. After the end of the meeting.
And Mahrez expressed his happiness at qualifying, considering that the first goal gave City confidence, while the second goal contributed to Saint Germain losing control of themselves, as they started playing violently.

France commemorates, but does not celebrate, the bicentennial of Napoleon's death