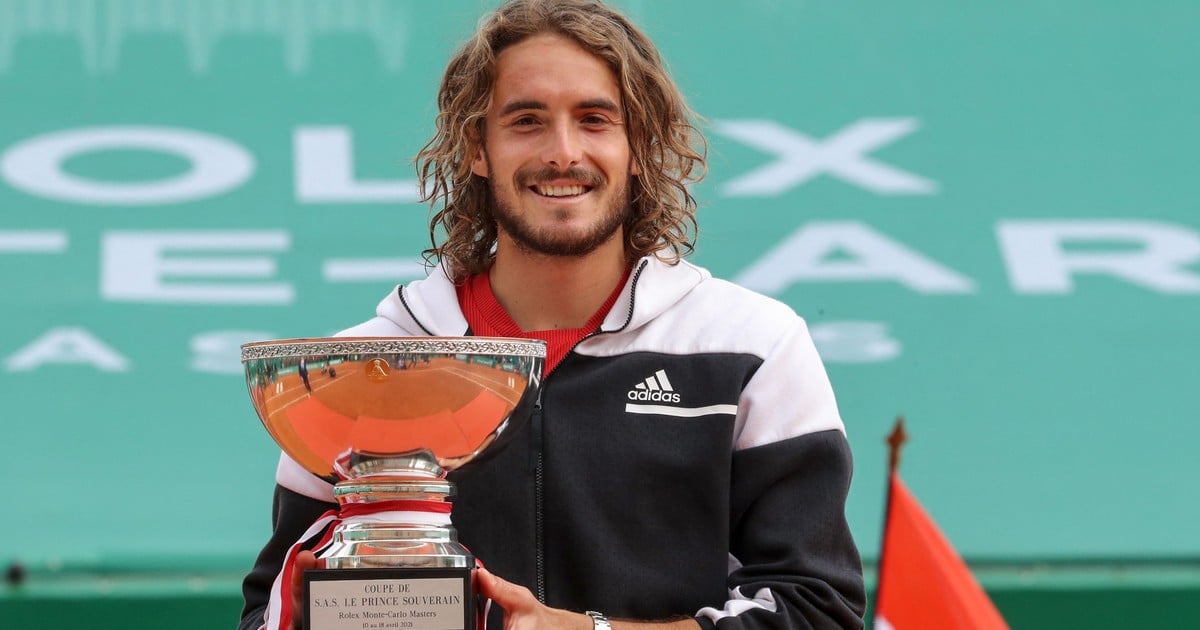 Greek Stefanos Tsitsipas, 5th in the world ranking, won his first Masters 1000 tournament this Sunday after defeating Russian Andrei Rublev (8th) in the Monte Carlo final, 6-3, 6-3, in 1 hour and 11 minutes.

“I am overwhelmed by emotion. It is, so far, the most beautiful victory of my life,” said the 22-year-old tennis player, after kneeling on the brick dust court where Rafael Nadal devoted himself no less than 11 times.

“I knew he was a tough opponent and I started the game nervous,” added the Greek player, highlighting the numerous previous meetings with Rublev.

In Monte Carlo, the two tennis players met for the seventh time, in a duel that Tsitsipas now dominates by the minimum: 4-3.

“I am proud of how I have performed on the track,” he added. The third was the charm for Tsitsipas, who had been on the verge of success in Toronto 2018 and in Madrid a year later, the other two Masters 1000 finals that he played and lost to Rafael Nadal and Novak Djokovic, respectively.

Uninspired at the start of the match, Rublev (23) gave up a break in the second game and when he wanted to rebalance the result, the damage was done: Tsitsipas calmly defended his serves to get the first set in 32 minutes.

The second set started with the same tone: Tsitsipas beat the Russian to serve 2-1, and closed the last game with a break.

The Greek did not miss any of the break balls he enjoyed and never suffered on his serve. Rublev, who was in his first Masters 1000 final after eliminating Nadal in the quarterfinals, did not have a chance to break the game throughout the game, which speaks to the strength of the champion.

With today’s, Tsitsipas has six ATP titles. He already had the 2019 end-of-year Masters and four ATP 250 tournaments (Stockholm, 2018; Marseille and Estoril, 2019; Marseille, 2020). And this title has a curiosity: in 1981 Julia Salnikova, the Greek’s mother, won the competition in the junior category.

And he frustrated Rublev, probably the most outstanding player of the last year and a half but who could not achieve a success in a similar event.

With information from AFP and EFE.

Russia Student magazine journalists face three years in prison in Russia: "I thought Doxa was just a small media," says a member of the support campaign

The corrupt cop series that captivates the British