News of the arrest of “Ramez Majnoun Official” 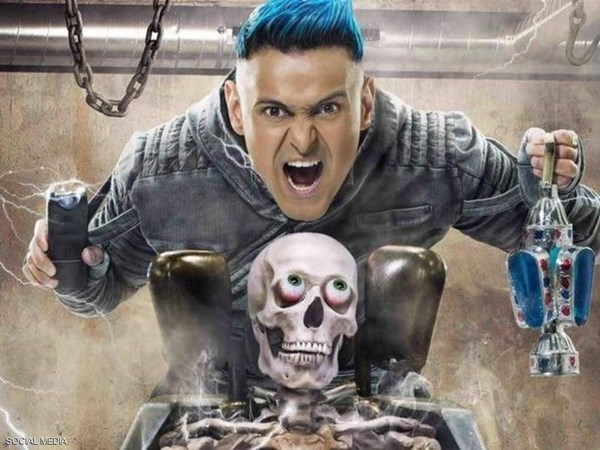 The program of the Egyptian prank presenter, Ramez Jalal, is threatened with suspension due to his failure to issue licenses to practice the profession from the Media Syndicate.
It is noteworthy that the program was the subject of criticism and reports of the Syndicate and the Public Prosecution, and it reached the courts more than once.
Last Ramadan, the Egyptian Media Syndicate decided to prevent Ramez Jalal, the presenter of the “Ramiz Majnun Official” program, from appearing on any media broadcast inside the country until his legal status is reconciled, after it became clear to the Syndicate that he was not a member or possessed a membership or a permit to practice the profession of media.
The head of the Media Syndicate, Tariq Saada, said that Ramez Jalal did not submit any new notification regarding the amendment of the decision last year, or the issuance of a decision to practice the profession as a presenter of a program presented during the month of Ramadan, but he made it clear that this procedure may be submitted even 48 hours before the presentation, especially since the issuance of licenses It does not take long within the media union, according to Sky News.
Saada added that, in general, the Media Syndicate has the right to stop broadcasting any program that has not obtained a license, and penalties reach to stop broadcasting the channel if it does not comply with the order, pointing out that, through an internal committee called the Content Monitoring Observatory, he can cancel the permit of any broadcaster who violates the standards and codes of media honor. .
He pointed out that the law gives the right to practice the profession as a journalist, to whoever is a working member of the Media Syndicate, or whoever applies for a license to practice the profession and is not a union member, or has been working as a member in another union, provided that that license is renewed after its term expires and after submitting a new application. And fulfill the required documents.
It should be noted that Ramez Jalal’s programs, which are watched by millions of viewers, are subjected to harsh criticism by audiences in the Arab world, due to the terrifying scenes that are often included in the program, and during which Ramez is subjected to violence at the hands of his guests, which makes his program a display of annual criticism.

Russian bank pledged a million for help in catching fraudsters