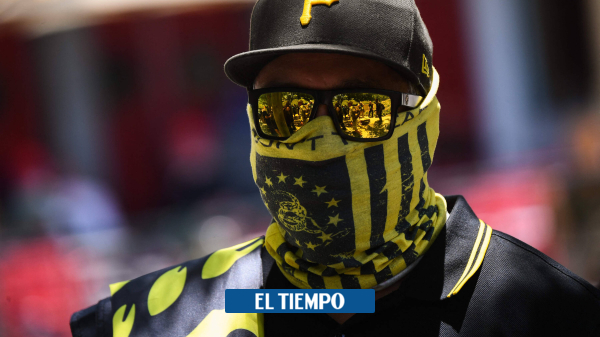 New Zealand included the US far-right group ‘Proud Boys’ on its list of terrorist organizationsimplicated in the assault on the Capitol in January 2021, as well as the neo-fascist paramilitary organization ‘The Base’, also from the US, local media reported.

(Read: Who are the ‘Proud Boys’ and why does former President Trump support them?)

Inclusion means that anyone with property or financial ties to ‘The Base’ and ‘Proud Boys’ may be prosecuted in the courts of the oceanic country and sentenced to up to seven years in prison under the Terrorism Suppression Act.

Likewise, any person or institution that suspects that these organizations have assets in New Zealand has the obligation to report it to the Police, according to the measure signed by the New Zealand Prime Minister, Jacinda Ardern.

The New Zealand decision to include the ‘Proud Boys’ comes after the US legislative committee, which is investigating the assault on the Capitol, concluded on June 6 that this group was behind the attack on Congress and that before the assault more than 250 of its members went to the parliamentary headquarters.

See also  Finland and Sweden, in NATO: what does it mean for the war?

On the other hand, ‘The Base’ was included for its intentions to promote “a race war” that aims to trigger the collapse of American democracy, according to official documents. ‘The Base’, founded in 2018, is a neo-Nazi paramilitary group active in the United States and Canada, and believed to have cells in Europe, South Africa and Australia.

(You may be interested in: Trump: how are the assault on Capitol Hill and Nixon’s Watergate similar?)

New Zealand redoubled its fight against the extreme right after the supremacist attack perpetrated by the Australian Brenton Tarrant on March 15, 2019 when he killed 51 people and injured 40 others in an attack with large-caliber weapons against two mosques in the city of New Zealand. Christchurch.

The author of that supremacist attack, who broadcast part of the assault live and published his ideas on social networks, was sentenced to life in prison without the right to parole and is the first person tried for terrorism in the history of this oceanic country.

See also  Egan Bernal: the novel is over, Ineos confirms the test in which it will compete