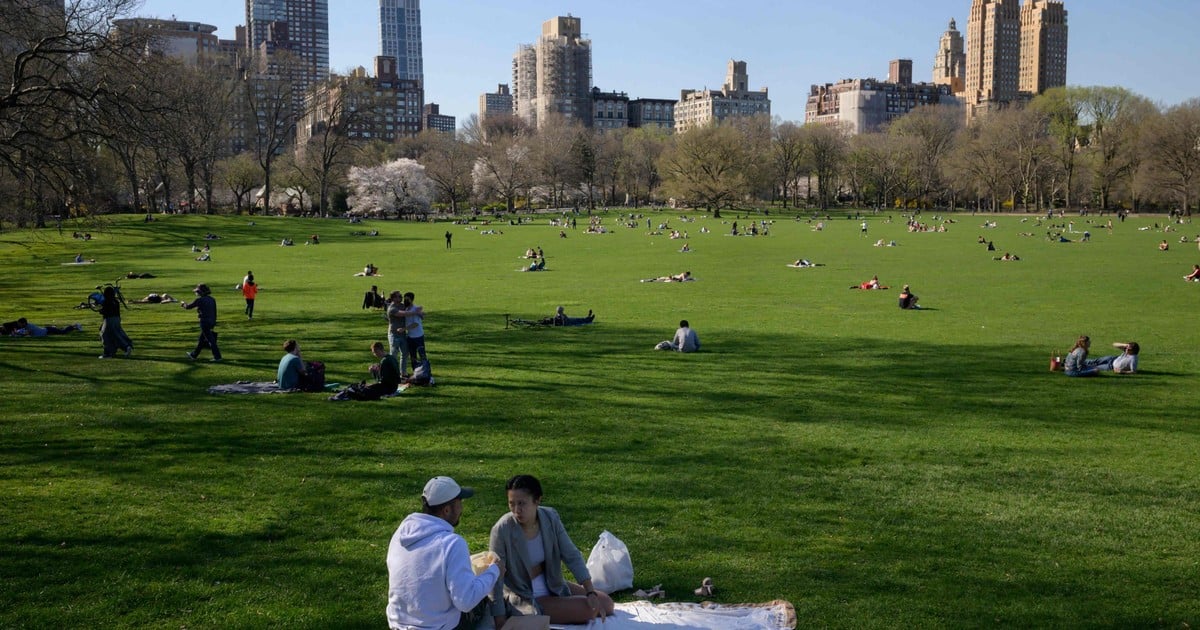 A megaconcert in Central Park will celebrate in August “the New York City revival“Following the coronavirus pandemic that killed more than 33,000 people in the city, Mayor Bill de Blasio announced.

The megaconcert will be the highlight of celebrations across the Big Apple that will last for a weeksaid de Blasio, a Democrat in his final year in office, in a televised ad.

“It will be a celebration throughout New York City, a citizen moment to declare that New York is back (…). It will be a amazing, memorable, unique week in life “to” emphatically emphasize that there is no way to stop New York, “he said.

A great view of New York, which plans to celebrate its “rebirth.” Photo TIMOTHY A. CLARY / AFP

A year after becoming the national epicenter of the coronavirus pandemic, when more than 700 deaths were registered in the city per day, New York has made great strides in its vaccination campaign.

The average rate of positive tests in the city during seven days continues to fall and on Monday it stood at 0.7%, with a total of 59 people hospitalized.

More than 63% of the adult population from the city received at least a dose of the vaccine and when 70% is reached statewide, all still existing restrictions implemented during the pandemic will be lifted, Governor Andrew Cuomo said Monday, June 7.

The 70% of the tickets will be for people already vaccinatedde Blasio told the New York Times.

The call for the artists who will participate in the megaconcert will be in charge of the New York music producer Clive Davis, 89, a legend in the industry, said the mayor.

According to the Times, eight great artists will split the stage for three hours at the still tentative date of August 21. Most of the tickets will be free although there will be paid VIP seats, he added.

The concert will take place at the Great Lawn of Central Park, a five-hectare oval of grass between the Metropolitan Museum and the Delacorte Theater where the 1981 Simon & Garfunkel mega-concert was held, attracting some 400,000 people.

Other artists who have played there are Carole King, Elton John, Diana Ross, Luciano Pavarotti, Beyoncé, Metallica, and Neil Young, among others.