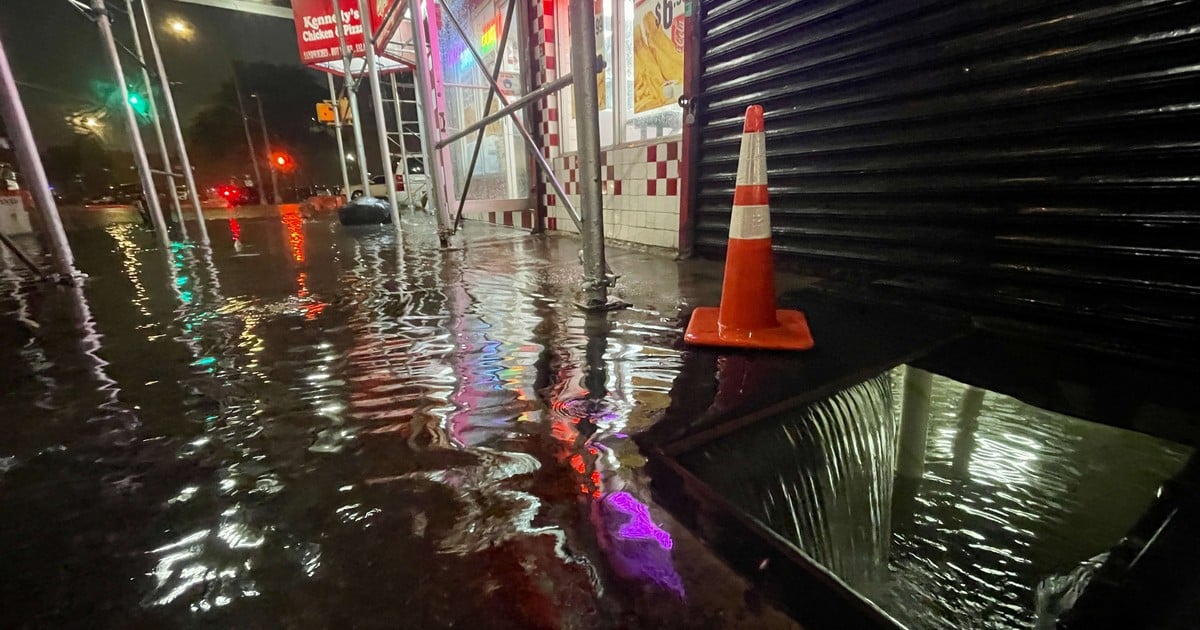 After hitting the states of Louisiana and Mississippi, Hurricane Ida, with the condition of a tropical depression, continued its journey towards the east coast of the United States and this Wednesday it mainly impacted New York City, where several subway and highway stations were under waters, in addition to the Newark Airport in the contiguous state of New Jersey.

“We are enduring a historical weather event tonight with record rains throughout the city, brutal flooding and dangerous conditions on our roads, “said Mayor Bill de Blasio, on his Twitter account, after declaring” a state of emergency in New York City. “

Given the seriousness of the situation, the New York Police issued a statement in which they warned that “Delays are expected at all major crossings and road closures”. He also asked the population to stay “away from the roads and use public transport, if possible.”

In the last hours, the National Weather Service of New York NY warned about the chance of “Flash floods” in New York, Brooklyn and Queens.

“This emergency was issued due to continuous flash flooding that life threatening. The heaviest rain has pushed towards the east of the Emergency area due to flash floods, with more moderate rains in the next few hours, ”said that agency.

Videos posted on social networks gave an account of the magnitude of the floods in The Big Apple. It was a remnant of the natural phenomenon that made landfall in Louisiana, with winds of up to 240 kilometers per hour.

“This is a perfect example of what not to do! Notice the white car towards the end that is floating. This water is too deep to go through. Turn around, don’t drown! ”The New York National Weather Service tweeted.

This is perfect example of what you should not do! Notice the white car towards the end that is floating. This water is too deep to drive through. Turn Around Don’t Drown !! https://t.co/qR8ufBr7kW

Another shocking case was seen in the 145th street subway station, where the stairs turned into a waterfall and the water easily reached the area of ​​the tracks.

In the Midtown Manhattan station, meanwhile, the water entered with much greater violence than in the previous one. The images shook the entire population, realizing the severity of the floods.

The storm also affected the normal development of the US Open, the fourth and last Grand Slam of the year on the tennis calendar, in which several games corresponding to the second round were played, including that of Argentine Diego Schwartzman.

The most affected states

The Southeastern United States was the area most affected by the passage of Hurricane Ida. In the states of Louisiana and Mississippi, at least four deaths were registered, in addition to extensive damage still not quantified in the middle of the floods, and the power outage for more than one million consumers.

As reported by the National Hurricane Center of the United States (NHC, for its acronym in English), Hurricane Ida made landfall in the extreme south of Louisiana, with category 4. In the following days the phenomenon dissipated to a tropical depression, although they continued the threats of heavy rain, overflowing rivers, and flooding towards the interior of the country.

The president of the United States, Joe Biden, affirmed that the federal government will provide “all the necessary aid” to the states affected by the passage of cyclone ‘Ida’ and announced that more than 5,000 members of the National Guard were displaced to Louisiana, Mississippi, Alabama and Texas to support search, rescue and recovery efforts.