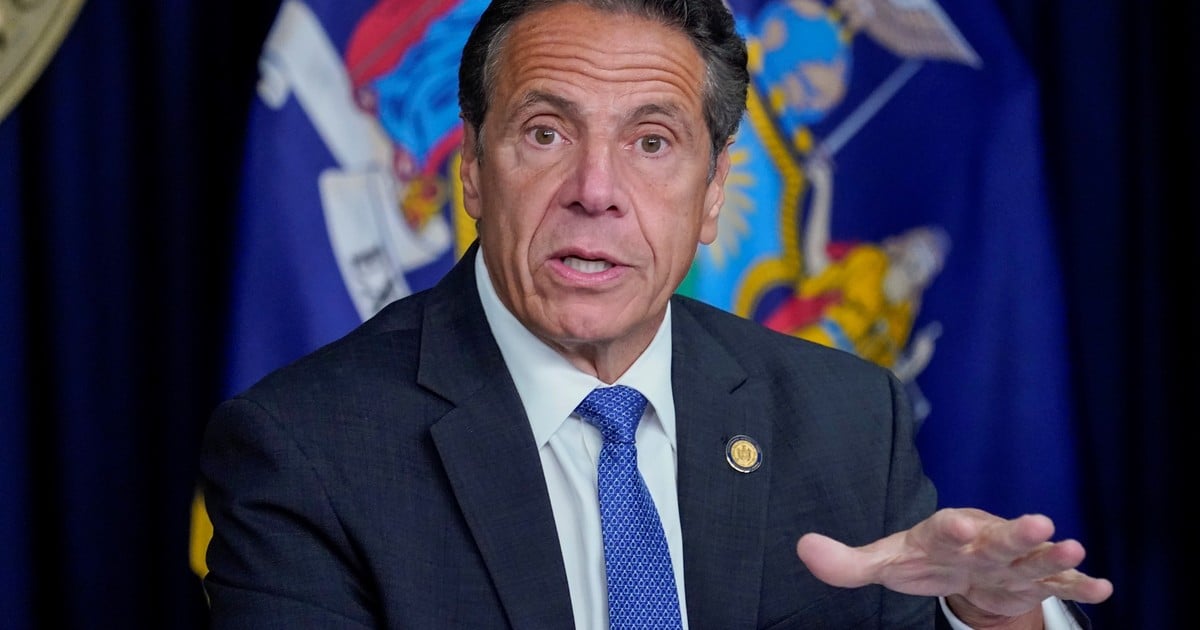 Governor Andrew Cuomo, the man who until just a few months ago had enjoyed enormous popularity for his handling of the pandemic in New York, announced this Tuesday that he is resigning from his position, cornered by a report that compiles multiple complaints from women who worked with him and an inevitable impeachment.

He did not want to leave power. He resisted all he could to stay in that chair he occupied for 10 years. But a flood of allegations of sexual harassment he buried his promising political future, even as a Democratic presidential candidate.

The report, released earlier this month by New York Attorney General Letitia James, noted that 63-year-old Cuomo, had sexually harassed at least 11 women. Investigators said that in addition to kissing them without authorization, he touched them inappropriately, including on the breasts or buttocks.

He also made suggestive comments about his appearance and sex life and created a hostile work environment, “fraught with fear and intimidation.” Cuomo always denied all charges, arguing that his actions had been misinterpreted.

But the pressure was unsustainableWith calls for the resignation of even President Joe Biden himself, plus an impeachment in state Congress that had no chance of winning, Cuomo had no choice but to walk away from his post. Lt. Governor Kathy Hochul, a 62-year-old Democrat and former congresswoman from the Buffalo area, will thus become the 57th governor of the state and the first woman to hold the office.

“I think that, given the circumstances, the best way to help now is taking a step to the side and let the government rule again, ”Cuomo said in a public appearance. He said that, in the current circumstances, marked by the Covid 19 pandemic, “the government has to be working” and one cannot “waste energy on distractions.”

The governor apologized if any women have been offended by his behavior. “I’ve been too casual with people”, Held. “I hug and kiss people casually, women and men. I’ve done it all my life.”

“In my mind, I never crossed the line with anyone “he added. “But I didn’t realize how far the line has been redrawn.” Even at another time he went on to say that his “affective” behaviors were part of his Italian heritage.

But Cuomo pointed out that the prosecution’s report, which alludes to eleven alleged victims, it’s false”. In this sense, he acknowledged that his initial “instinct” was to “fight” against a cause that he considers “politically motivated.”

But the complaints they had been verified for the prosecutor’s report. And while most had remained anonymous, on Monday one of the women made her story publicly known, which she defined as “a nightmare,” and asked the governor to “be held accountable.” This is Brittany Commisso, who gave an interview to CBS News and said that she had filed a criminal complaint against Cuomo.

“It was a dream job and sadly turned into a nightmare“He said. The woman recounted how the governor went from” hugs to say goodbye “to” increasingly close hugs (…) with kisses on the cheek. “Finally, on one occasion,” he quickly turned his head to kiss me in the mouth, “he said.

Commisso also recalled two incidents mentioned in the report, the first when the governor would have grabbed her butt when they took a selfie, and then, in November 2020, at her official residence, when he would have passed his hand under her blouse to touch her breasts.

Cuomo had denied all these behaviors: “I want you to know directly from me that I never touched anyone inappropriately, nor did I make inappropriate sexual advances, “he said in a televised speech, but the woman hit him back.

“Maybe for him, he thought this was normal. But for me and the other women he did this to, it wasn’t normal. Was not welcome, and it certainly wasn’t consensual, “Commisso said.

Clothed by high popularity ratings for handling the pandemic and with a promising future even as a Democratic presidential candidate, Cuomo ignored the complaints and then the requests for resignation that rose from the official and Republican ranks and thought that the prosecutor’s investigation would do so. would exonerate.

But nevertheless, the report buried him. Immediately the requests for resignation became untenable – including that of his traditional ally Biden – and the impeachment process began to be activated in the state congress. There was no way out.

Cuomo’s resignation will take effect in two weeks. In his appearance, the governor spoke to his three daughters: “I want you to know that, from the bottom of my heart, I never did and would never do something that willfully disrespect a woman.” “His father made mistakes, and apologizes, and has learned from them. That’s what life is about”.

Consulted by Clarion, Grant Reeher, director of Campbell Public Affairs Institute of Syracuse University of New York, said that “the democratic party loses one of its highest-profile individual leaders. Not only did Andrew Cuomo’s political career end, but this may heighten the degree of scrutiny of future Democratic presidential hopes, especially for men, as they will be subject to the party’s past behavior toward women and the future. staff they work with. “

The expert added that “it is difficult to believe the accusations against Cuomo or that the state attorney general’s report was politically motivated, given the large number of women involved and the fact that the victims had little or nothing to obtain by making these complaints.” .

Reeher highlights a fact: “The governor was well known for being very aggressive politically, to the point of intimidation. At the same time he was very popular for rewarding friends and punishing enemies.”

Added that “His resignation is a validation for the #MeToo movement because someone who was extremely powerful and had a very strong political base is leaving. The fact that he is a politician of the American left makes it more significant since many liberal men and women have been very concerned about this issue and when they had to go against their own party they did so ”.

Knowledgeable about New York politics, Reeher stressed that “the resignation will have a huge impact within the state of New York. The new governor will be the first woman in history to lead the state and the first in more than a century who is not from the New York City area. Kathy Hochul has a history of being a moderate Democrat. These aspects introduce questions about the direction of State policies in the coming years. The legislature is much more liberal and focused on the city. “