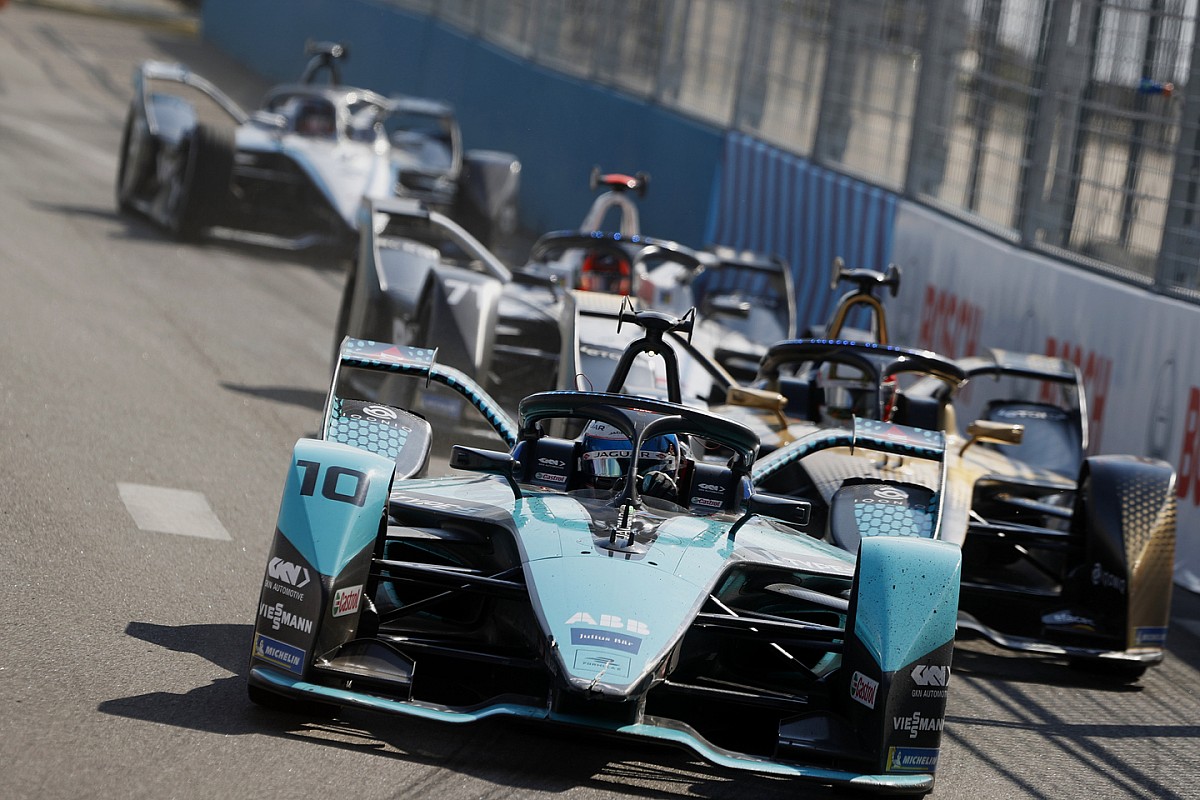 For Sam Bird, New York may never have been as sweet as it is today. The British driver converted the pole obtained this afternoon into a great victory in the second E-Prix held this weekend in the Big Apple. But that’s not all, because thanks to this result Bird has become the new leader of the Drivers’ Championship.

Jaguar returns home with a great victory, leadership in the Drivers’ Championship, and a great commercial offered in a land, the United States, which can be an important market. Too bad for what happened to Mitch Evans a few seconds before the end of the race. The second Jaguar driver, while defending the second position from the assaults of Cassidy, Felix Da Costa and the two Porsches, had to slow down suddenly.

Evans thus made his opponents slip, perhaps due to a puncture in the right rear tire after pinching the wall. Nick Cassidy (Virgin Racing) played with Antonio Felix Da Costa (Dragon Racing) for the second position, winning the race and taking a great podium after an excellent defense made in the last lap. Just off the podium were the Porsches of Pascal Wehrlein and Andre Lotterer, who thus completed the Top 5.

Alexander Sims, driver of the Mahindra team, was the author of a good race and a good comeback that led him to close the race in sixth place. The German took advantage of the problem on Evans’ Jaguar at the very last minute to overtake him and finish ahead of him. The same thing did Norman Nato (Venturi), Robin Frijns (Virgin Racing), Alex Lynn and Maximilian Gunther, winner of the New York E-Prix held yesterday.

Evans finished the race even behind Sergio Sette Camara and Stoffel Vandoorne, in 13th position. A mistake that cost him dearly. Lucas Di Grassi, on the other hand, spotted a decent race with a 10 “penalty imposed by the race marshals after hitting and spinning Sébastien Buemi. The Swiss Nissan driver was eighth, but saw a finish in points vanish due to the risky maneuver. of the Brazilian from Audi DI Grassi finished the race in 14th place.

Edoardo Mortara returns from New York with his hands in the bag. The Genevan, 17th at the end, lost the leadership of the Drivers’ World Championship after another dull race, in which he was also the author of a mistake that first saw him go against the barriers, and then reverse, but being slipped by at least 6 single-seater. The former DTM driver found himself so far at the bottom of the standings and was unable to recover, so much so that he lost first place in the World Championship to Sam Bird.

Terrible weekend finale for Jean-Eric Vergne. The DS Techeetah team driver was forced to retire a few moments after the start due to a breakdown on his car. For the French 2-time winner of the category a real cold shower, because with this “zero” overall he lost a great opportunity to re-enter the games for the 2021 world title.

Formula E will be back in a few weeks with the double appointment to be held in London, while Berlin will host the final event of the first season of FIA Formula E which has the significance of the World Championship.

5 things Spain must do to beat Brazil

With the sale of Cristian Romero to Tottenham: the 10 most expensive Argentines in history