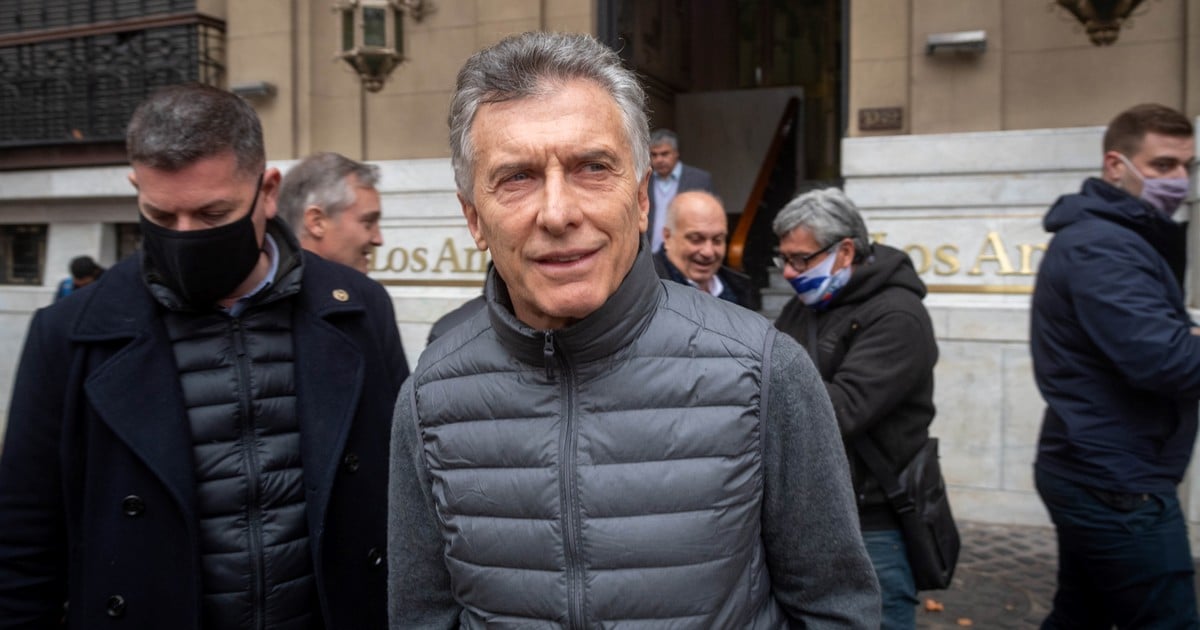 Mauricio Macri insists on the candidacy of María Eugenia Vidal in the province of Buenos Aires, although privately he shares the majority perception about his decision not to appear again in the main district of the country. According to her gaze, the inclination of the former governor to return to the City as political territory it’s a mistake and he will tell you again at a lunch scheduled for next week, when he finishes his quarantine for having returned from the United States. “If they win, it’s all overThey go through the Procuratorate, through the Court. Freedom is over and it’s game over ”, Macri warns of this style to those who visit him at his offices in Olivos about a possible victory for the Frente de Todos in the province. The former president says he prefers to be “optimistic” and think of a victory for Together for Change, or at least a defeat by a few points that prevents the ruling party from controlling the Chamber of Deputies. For this objective, the opposition coalition does not have a better card than Vidal, he raises at this key stage of the electoral definitions.

This is the same to Horacio Rodríguez Larreta in his frequent contacts, although they cannot agree. The Buenos Aires head of government argues that “does not handle “Vidal, as if to order him a candidacy in the province or to close the way to the Capital. Macri he accepts it half: “In Macondo she moved in 2017. Now she doesn’t want to, but then he opens the door for her in the City.” The characterization of Buenos Aires as the town in Gabriel García Márquez’s novels was taken years ago from a talk with José Manuel De la Sota.

Macri assures that he did not take Rodríguez Larreta’s dinner on Monday with Diego Santilli – the chosen one of the head of Government for the province – and a group of Buenos Aires mayors of the PRO as something personal, despite having functioned as an advance of the position of the vice porteño to counteract Jorge Macri’s resistance to his application. “If that is true, if they do not support what they raised, the Dorrego group was a fiction”, Said the former president in reference to the demand of the group of communal chiefs to make electoral decisions in the province. The dinner was a step to accept Santilli, although with the condition that it would not affect the assembly of the lists down.

The day after that meeting in Valentín Alsina, Vidal recently arrived in the country and in the previous one a new meeting of the Together for Change table, Macri went out to mark the field for Rodríguez Larreta. “Horacio is very well positioned as a candidate for president for 2023, but today 2021 is at stake. He has the responsibility as head of the Capital to achieve, as far as possible, generate a consensus to avoid a STEP ”, he told Rivadavia radio. In that public appearance, he insisted on Vidal’s application in the province (“it can make a huge difference”) and ruled out competing in the City: “something like this should never be necessary.”

The “consensus” demanded by Macri does not seem easy to achieve. In the same way that Rodríguez Larreta argues that Vidal “does not respond to him,” Macri raises it about Bullrich. To substantiate it, he says that he did not do it either when he was president and she was Minister of Security: “I do not lower it or push it”. At this point Rodríguez Larreta would be weakened if he accepts his candidacy at the top of the ballot. It was raised by Vidal herself, who would prefer to avoid a competition in the PASO: as head of government he has to be able to elect the first applicant in the district, as it happens with the radical governors in Mendoza, Jujuy and Corrientes. Otherwise it would be a false step in the dispute over the leadership of the space and its presidential project.

With his alarming look at the prospect of a victory for the Frente de Todos, Macri refuses to advance the dispute with the prospect of 2023. “There are those who think that you have to kill your predecessor in order to grow, I am not going to take charge of that. If Cristina wins, 2023 does not exist“, Insists on another point of divergence with Rodríguez Larreta:” This year you have to win. They are going to blow up the country. The primary responsibility for agreeing consensus candidates rests with Horacio, as the head of the district ”.

Faced with the stuck scenario and the possibility of a competition in the STEP, in that case the objective will be to reach a commitment of a “constructive and as civilized as possible”, A premise without certainty of compliance with the increasing tension.

Macri’s intention to postpone the movements with his eyes in 2023 also points to Santilli do not make your landing this year in the province. For the former officials who accompany him, in that case, a solution to the conflict would be closer, because Jorge Macri would not appear either and the PRO would seek to install another candidate agreed between both sectors.

The irruption of Facundo Manes as a possible candidate for radicalism added another factor to the internal one. The neuroscientist could have the support of the PRO side facing Santilli. “The natural STEP is between cousins,” Macri advises against this eventual division of one’s own space in Buenos Aires territory. A few weeks ago the former president had advised Manes to compete in the primaries because in case of a victory it would enhance their presidential aspirations. At that time I had higher expectations that Vidal would be the PRO candidate. Now he compares the doctor’s journey with his own, while anticipating the challenge with footballing language: “Be careful, you have to overcome the syndrome that the best 9 is the one on the bank.”

Macri will go this Wednesday to the meeting of the national board of Together for Change. With a face-to-face format, in Palermo, attendees will try to make the pieces begin to fit together.

Soderbergh in the ship of his actresses