New restrictions: Aerolineas Argentinas published the list of its flights canceled until July 11 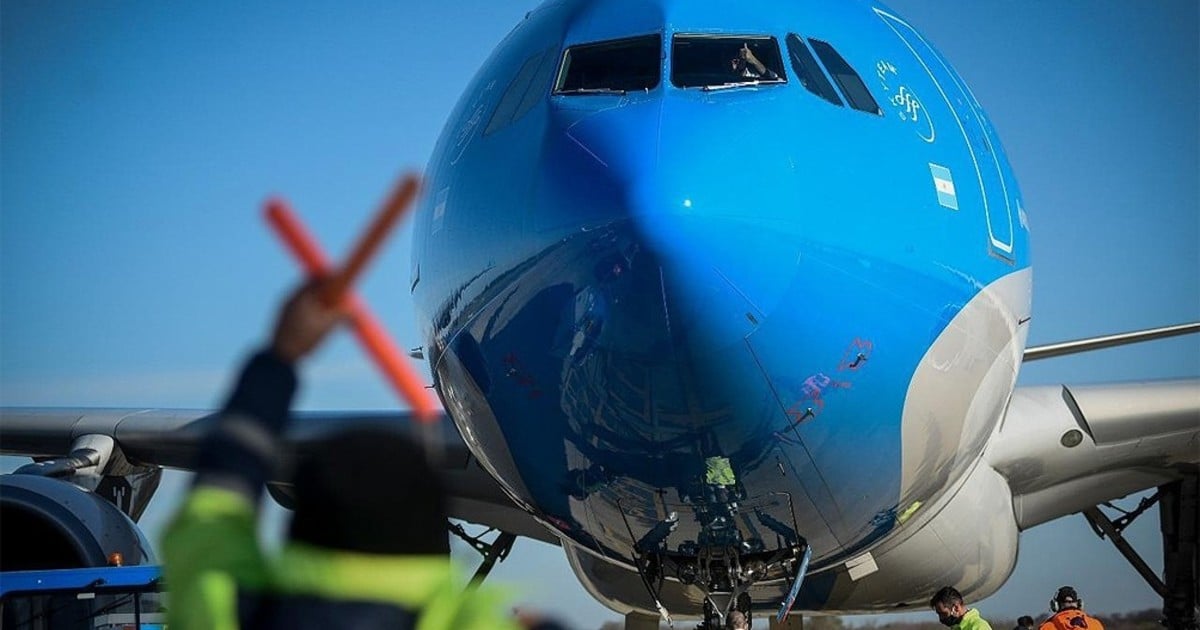 After restrictions on the entry of travelers from abroad imposed by Administrative Decision 643/2021 – it went from 2,000 to 600 passengers a day – the airlines began to work on adjusting the flight schedule for the next few days.

This implies rescheduling or canceling the remaining flights for June and part of July. And the International Airline Association has already warned that this will leave thousands of passengers stranded.

This Sunday June 27, Aerolineas Argentinas published the changes to its programming International where you can see the list of canceled flights and those that, for the moment, are still operating.

Aerolineas Argentías had been increasing its flights to the United States every month. Photo JUAN MABROMATA / AFP

It should be remembered that in recent months, the National Civil Aviation Administration (ANAC) had authorized an increase in frequencies to destinations in the United States. To give you an idea, in March, Aerolineas Argentinas had 4 weekly frequencies to Miami; in June it reached 9 and planned to add flights to New York starting July 19.

Miami Beach, one of the destinations affected by the new restrictions. Photo AP Photo / Wilfredo Lee

But the possibility of the entry of the Delta strain began to generate growing concern in the government and the decision was to cut revenues from the Ezeiza airport.

Aerolineas Argentinas has already communicated on its website that there are 59 flights canceled out of a total of 91, taking the programming from this Sunday, June 27 until July 11.

Among the operations canceled, in addition to several to and from Miami, there are also flights to Santiago de Chile, Asunción, San Pablo or Madrid, among others. The complete list can be consulted at this link.

In case of having some of the flights that appear canceled, from the company they inform that passengers with tickets issued in a travel agency, they should contact that agency.

Ezeiza International Airport will only be able to receive up to 600 passengers per day. Photo Lucioano Thieberger.

For those who do not need to travel immediately, the company reminds that “you can reuse your ticket at no cost, as long as your new trip ends before 12/15/2021 and you respect the season of your original ticket. The change must be made before the end of the year of purchase of the ticket and it is not necessary to take any immediate action “.

“Today, several airlines have received cancellations of flights that were approved until the end of the month, some were even informed in the same day of the flight, which leaves our passengers with the unexpected surprise of not being able to return“, says in a statement Felipe Baravalle, Executive Director of the Chamber of Air Lines in Argentina – JURCA.

He adds: “Considering that there are cases of airlines that have a single flight for the next fifteen days from some destinations, this leaves our passengers in a really worrying situation due to the lack of connectivity options ”