New record in India: 3,780 deaths from coronavirus in the last 24 hours 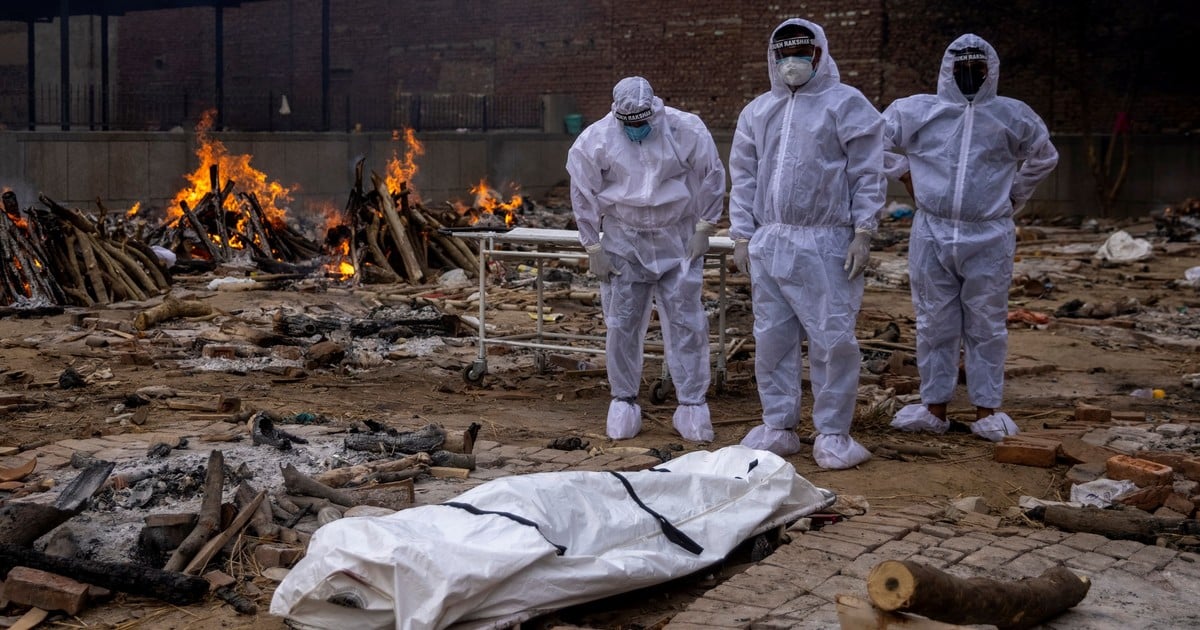 Amid the health collapse resulting from the second wave of coronavirus, India set a new record on Wednesday with 3,780 deaths due to illness in the last 24 hours, which is the highest number since the start of the pandemic.

Thus, according to official data from the Indian Ministry of Health, the total number of fatalities is 226,188. Meanwhile, 382,315 infected daily were registered and they are already 20.6 million infected.

Its about second most affected country of the world by the pandemic in absolute terms, only behind the United States with 32.5 million cases.

The Asian country is mired in a dizzying second wave of the virus, which has not stopped growing since last February and which put its health system to the limit, causing oxygen tank shortage and intensive therapy beds in large cities, such as the capital, New Delhi.

Mass cremations of bodies in India in the face of health collapse. AFP photo.

Likewise, the percentage of the population that is fully vaccinated is barely 2 percent, in the middle of a vaccination campaign that tries to be the salvation of the crisis that the country is going through.

In that sense, the Central Bank of India announced this Wednesday that it will allocate $ 6.7 billion to fund vaccine manufacturers, hospitals and healthcare companies seeking to cushion the devastating effects of the pandemic.

More than 40 countries They have already started sending aid to India to cooperate, including the delivery of ventilators and medical equipment, as well as oxygen generators, cylinders, concentrators and regulators.

The rise in cases is attributed in the country to a relaxation of measures against the coronavirus by the population and the organization of mass events.

Huge electoral rallies in the framework of several regional elections and the Kumbh Mela religious festival, the largest and one of the oldest religious congregations in the world, are some of those noted mass gatherings.

The indian variant “double mutant” B.1.617 and other strains could also be behind the sudden increase in cases in the country, although for the moment virologists have pointed out that there is a lack of data to support this theory.

Golf for People of Determination gets an International Membership

The prescribers who trade in racial hatred