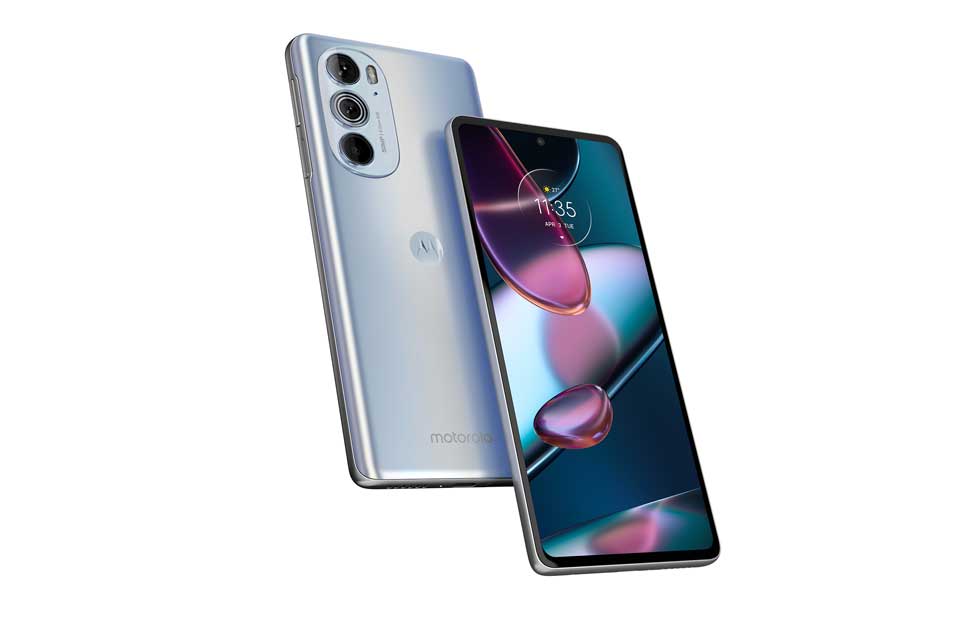 Among the new model announcements for the 2022 season, Motorola’s Edge 30 Pro ranks high. This leadership is thanks, above all, to Qualcomm’s Snapdragon 8 Gen 1 chip, the manufacturer’s latest high-end processor. With its eight CPU cores, Motorola’s device is in a position to compete with rivals in the style of the Samsung Galaxy S22.

The Edge 30 Pro can handle all your standard apps, and its 12 gigabytes of memory lets you run many of them at the same time.

The device’s performance will also satisfy gamers, as animations remain smooth even with the most sophisticated graphics settings. During longer gaming sessions, however, the temperature of the device tends to rise.

When it comes to the screen, Motorola beats even the competition, at least when it comes to technical specifications. The Edge 30 Pro’s 6.7-inch screen is capable of displaying up to 144 frames per second (144 Hz). Samsung’s Galaxy S22 and other top phones, on the other hand, “only” have a refresh rate of 120 Hz. In practical tests, however, no noticeable difference could be detected.

Even so, in high-end mobiles, not only the maximum values ​​matter. When browser apps or websites are used only moderately, very high refresh rates only consume power unnecessarily. In these cases, the Edge 30 Pro can reduce its values ​​to 60 Hz, but unfortunately not more.

While the maximum 144Hz spec isn’t really noticeable, it’s worth noting that the OLED display is great for watching videos, playing games, and is generally easy on the eyes, delivering sharp images with vivid colours.

While Motorola has incorporated comparatively expensive cutting-edge technology for the main chip and display, it has made some concessions in the main camera system. The previous model, the Edge 20 Pro, still had a main lens, an ultra wide angle and a periscopic telephoto lens.

In the present Edge 30 Pro, the optical telephoto lens has been replaced by a depth sensor, which assists the system especially in portrait photography. Motorola points out that the powerful Qualcomm chip can practically replace the missing telephoto lens. This may be true in bright environments. However, in the case of darker subjects, a somewhat greater color shift was noticeable in shots with the Edge 30 Pro’s telephoto lens.

Images from the main camera are sharp, bright and with a good dynamic range. The camera is capable of detecting different textures and details, and the images look vivid without the need for extensive editing.

See also  Make a Child Happy invites you to join the collection for Children's Day in Guasave, Sinaloa

The front camera also convinced in the test: With a resolution of 60 megapixels, it not only shoots detailed photos, but also stands out with an extremely useful gimmick. In “selfie” mode, a white ring is displayed on the screen around the camera, magically drawing the eye.

As soon as the camera detects multiple people in the photo, instructions on how to pan so everyone appears in the photo appear on the screen. Motorola calls this feature “group selfie.”

Anyone who uses the Edge 30 Pro for intensive image editing tasks or for longer gaming sessions should have a power supply, since in these cases the battery will not last all day, and that despite the fact that it has 300 mAh more capacity compared to the predecessor model.

However, with less ambitious use, the battery guarantees 24 hours of autonomy. While Apple, Samsung, and other brands don’t include a power supply in the box, Motorola supplies a high-quality fast-charging adapter (68 watts) that can recharge the Edge 30 Pro to 100 percent in just 45 minutes.

The Edge 30 Pro supports the fast 5G mobile network and the new Wi-Fi 6 WLAN standard, which means it will still be at the forefront of wireless technology years from now.

As with the previous model, trade-offs have to be made in other areas. The device does not have wireless charging, nor does it have good protection against water. Motorola has dispensed with the IP68 degree of protection and has only obtained IP52 certification. This means that it offers normal protection against dust and drops of water.

In short: thanks to the Snapdragon chip, the Motorola Edge 30 Pro offers excellent performance, and its 144 hertz screen is without a doubt a big plus point. The cameras are good, but not outstanding. The comparatively short battery life in case of intensive use is compensated in practice by the extremely short charging time of the battery.

Equipped with a lightweight and customizable Android, the device is affordably priced. In the same price range, users who bet on photography will find two good alternatives in the OnePlus 9RT or the Samsung Galaxy S21 FE.