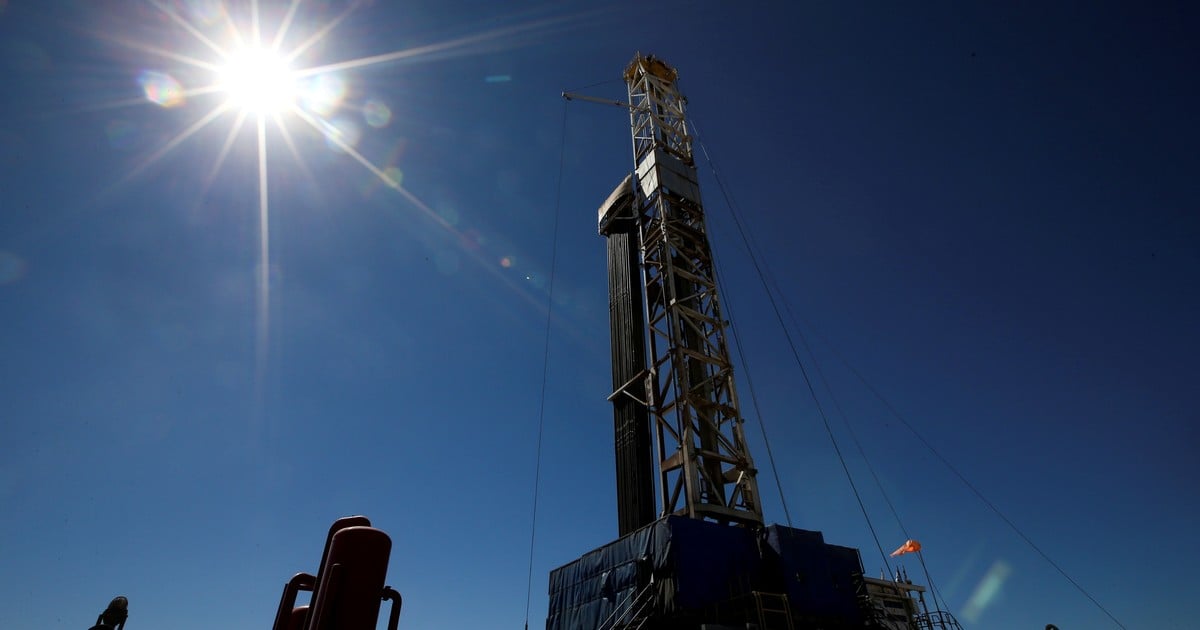 While the oil companies are discussing among themselves and with officials the content of a law to promote investments in hydrocarbons, a project that promises companies unrestricted access to the exchange market and the possibility to freely repatriate dollars used in projects over 500 million dollars, essential conditions to carry out ambitious export works pending. The same draft also foresees a band of minimum and maximum prices to set the value of oil in Argentina and contain the price of fuels. The promises outlined in the text, still worked in strict reserve, do not calm the spirits of investors, anxious about any state intervention.

Producers and refiners are operating for concrete advantages to invest: as taxes, a price path that guarantees to charge more for oil, gas and fuels and total availability to have dollars. According to a leading firm in the market, with these conditions, more than US $ 13 billion could be disbursed in four years. But some do not even believe that a special law is necessary, less a mega norm that gives on one side and takes away on the other.

Martín Guzmán’s ministry organized several rounds of consultations which included the CEOs of oil and gas producers and the energy ministers of the oil provinces, whose interest is almost naturally aligned with those of them: the more the companies operating in their territory bill, the higher the royalties that will nourish the coffers federal. The conclaves multiplied in recent weeks. The Ofephi (Federal Organization of Hydrocarbon Producing States), with the Chamber for the Exploration and Production of Hydrocarbons (Ceph), The UIA, seeking advice to understand the ideas in dance. And they go.

In recent months, proposals for initiatives to promote investments in hydrocarbons, some supported by the oil companies themselves, others by officials who have their own vision of how to seduce capital. But in recent weeks one has been consolidated that reflects the official will to satisfy the different employer expectations, although without giving up the obligation to prioritize the domestic market.

The initiative proposes the creation of a band with a minimum price and a maximum price to be defined by the State for the price of oil in Argentina: it would be related to what Brent costs in the world but the translation will not be linear. It is a way of controlling the value of local fuels without setting the price directly.

The text expressly maintains that the price of the pumps would result from the free competition of marketers and refiners and enables the importation of product free of taxes when the shortages are proven. That price band for crude oil would help the producers to know that if the world collapses they will have a “criollo” floor. And to the refineries that, if it is triggered, there will be a ceiling for their input. Even so, the firms consulted on this working hypothesis do not see it favorably and they would prefer a free market. The generous official initiative promises regulatory and fiscal stability to the sector. The beneficiary projects will have to show a production greater than that registered in 2019 and, among other prizes, they will be able to freely export “up to 50%” of the new production and will be able to freely dispose of those dollars, generated by foreign sales of crude oil, gasoline or gas.

Naturally, the idea of ​​the Government is to reward new investments or “incremental” production from a certain floor. But these rods can always generate gray areas and there are companies that fear being left out of profit.

Even more importart. Free access to the exchange market will be guaranteed, which would avoid situations like those experienced by YPF recently, which was forced to refinance its debt because the Central Bank was unable to provide the necessary dollars to pay its debts.

In the title “Special Projects” –which involve a disbursement of more than 500 million dollars to be disbursed in five years– the draft expressly contemplates “the repatriation of direct investments and dividends, and (iii) the payment of financial obligations”.

It is in line with the decree of necessity and urgency of April 6, which has already partially opened the currency stocks but for investments of more than 100 million dollars for various sectors. A step that the energy companies consider appropriate but “insufficient”.

Taking the dollars in the country out of the country is the basic condition for large projects that in some future will allow the Vaca Muerta hydrocarbons to be brought to the world. The largest firms in the market are waiting for the outlook to clear up to complete major transportation and petrochemical projects, worth several billion dollars.

Another activity expressly promoted by the legislative initiative under study would be the underground gas storage in advantageous 35-year concessions and the granting of new licenses for gas transportation, a legal formality required for these works to be undertaken.

As another master key for achieving the disbursement of dollars is to enable exports, the draft commits the State to guarantee export contracts, particularly regional ones. Only in emergency situations, such as if there is a shortage of gas in winter for homes, it could be forced to derive 10% of the product that is generated to sell abroad.

Despite the official effort not to exclude any point of interest from potential investors, companies more than expectant they seem worried for a new norm that can extend the hand of the State to some place that makes them uncomfortable and does not assure them, for example, that there will be equal access to the possibility of exporting, the only thing that excites them.

Neither in the Government are there positions definitely aligned, except the conviction that you have to give in to have. An example of dissent refers to the enforcement authority of the future promotional regime, a point to which potential investors paid little attention until now. The draft produced by the Energy Secretariat provides for the creation of a specific official body, assisted by an advisory council with business representation.

Another project, developed in the Enargas, advances in the creation of a National Hydrocarbons Agency under the orbit of the Ministry of Energy that, in addition to designing long-term policies, would have the competence to evaluate investors and define beneficiaries of the regime. Its holder would have the rank of Secretary of State, which in fact would make him a pair of Darío Martínez or whoever replaces him.

'I achieved a final judgment, but the ANSeS does not pay me'