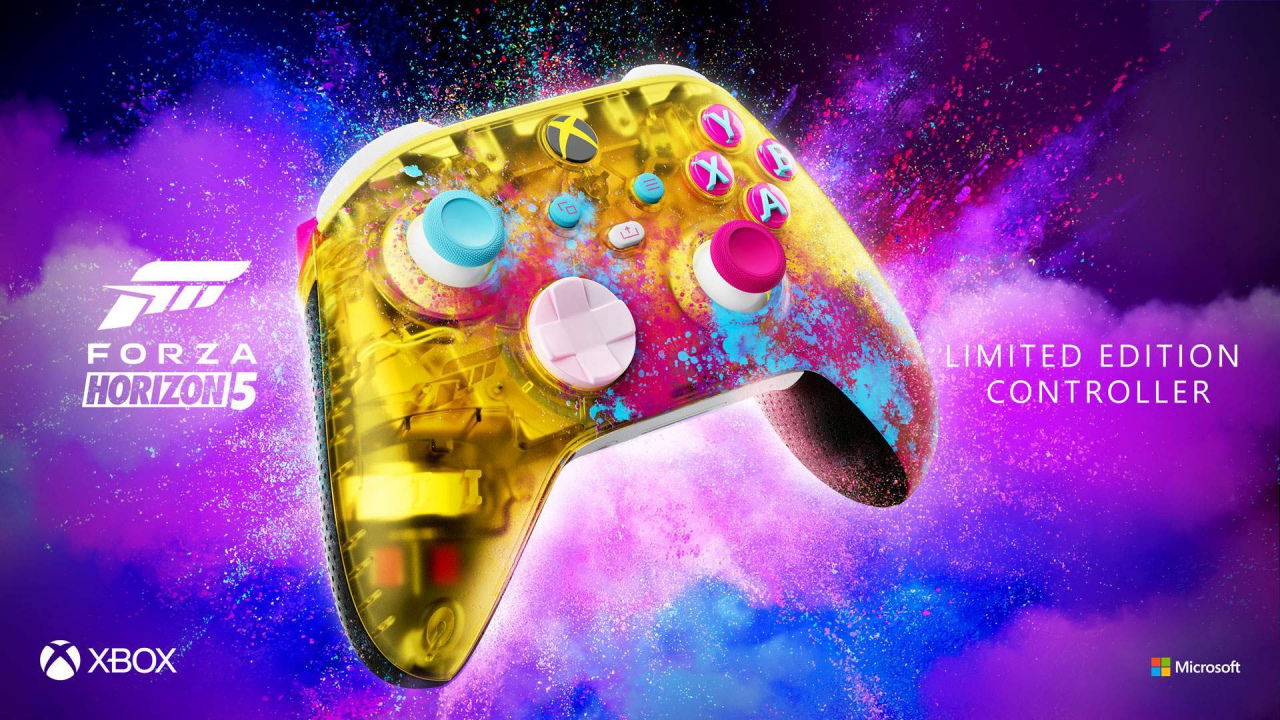 The increasingly close launch of Forza Horizon 5 made the open world racing video game the protagonist yesterday at the Xbox conference at GamesCom 2021, letting us see a long and explosive video gameplay, but also presenting an eye-catching wireless controller for Xbox Series X | S ideal for fans of PlayGround Games production, which will arrive with an exclusive DLC.

According to Microsoft, those who purchase a limited edition of the remote will be able to download for free a Forza edition car, cosmetic items and a victory emote. At the moment it is not detailed if these contents will be for sale to other users.

The wireless control that we see in image and video, has a transparent yellow finish, a custom color visible vibration motor and lighting effects on the Xbox button. According to the manufacturer, the controller also includes textured grips on the triggers and upper buttons, as well as custom grips with a perforated design on the bottom and on the sides, “which is inspired by the high-performance steering wheels of the automobiles “.

From the Microsoft store you can reserve the command now at a price of 69.99 euros, including shipping, and enjoy the exclusive DLC of FH5.

Leaving wireless control behind, Playground Games development proved yesterday to be one of the most powerful releases of the year. If you want to know why, check out our latest impressions with Forza Horizon 5. The racing game will hit stores November 9 for PC, Xbox Series X | S, Xbox One, and Xbox Game Pass. We remember that you can join the service paying only one euro for the first month to access a library with hundreds of games.