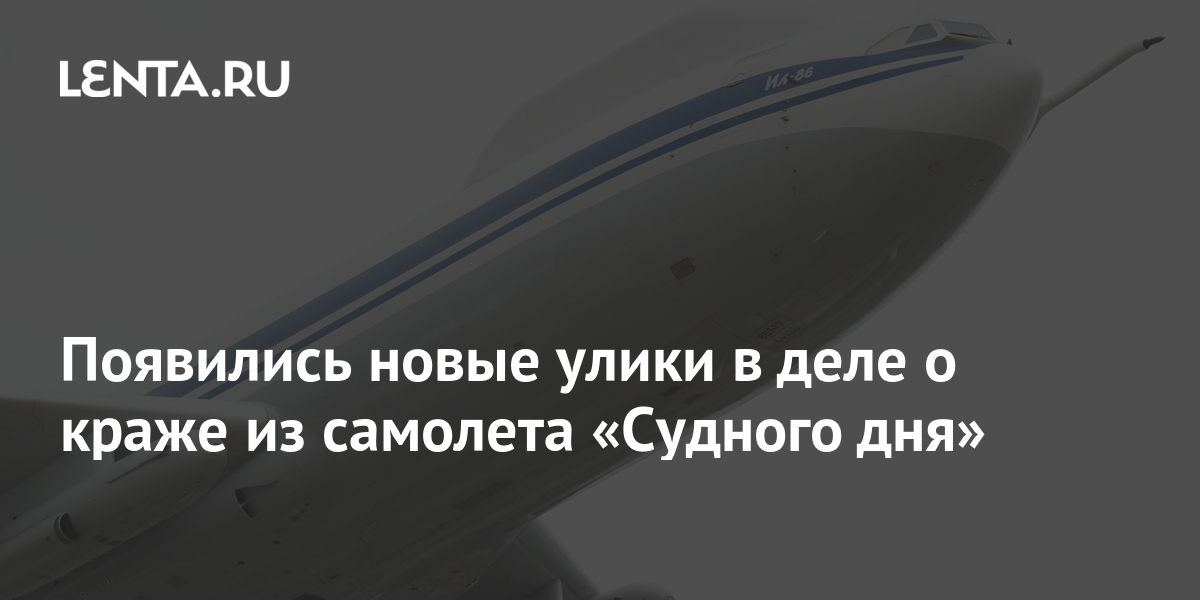 New evidence has emerged in the case of the theft of radio electronic equipment from the cargo hold of the Il-80 “Judgment Day” aircraft. About it TASS said lawyer Olga Boyarkina.

According to her, traces of DNA of one of the employees of the Taganrog Aviation Scientific and Technical Complex named after V.I. G.M.Berieva (TANTK). At the same time, Boyarkina clarified that the investigation does not disclose whether these traces belong to her client Zhora Khachunts.

In May, the lawyer said that the footprints at the crime scene did not belong to her client Khachunts. Investigators have appointed additional expert examinations, within the framework of which they examine the material evidence seized on the territory of the TANTK airfield.

Information about the theft at the airport appeared on December 7, 2020. Unknown persons removed from the Il-80 more than 30 radio stations installed on board. The Doomsday plane was in Taganrog for scheduled modernization work. After their completion, the main entrance, the cargo compartment hatch and three emergency exits were sealed, but this did not stop the thieves. The criminals’ fingerprints and footprints were found at the crime scene.

Since 1987, four Il-80 aircraft have been produced. The ship is an air command post and has onboard protection against weapons of mass destruction. The equipment installed on the aircraft allows you to control all types of armed forces.