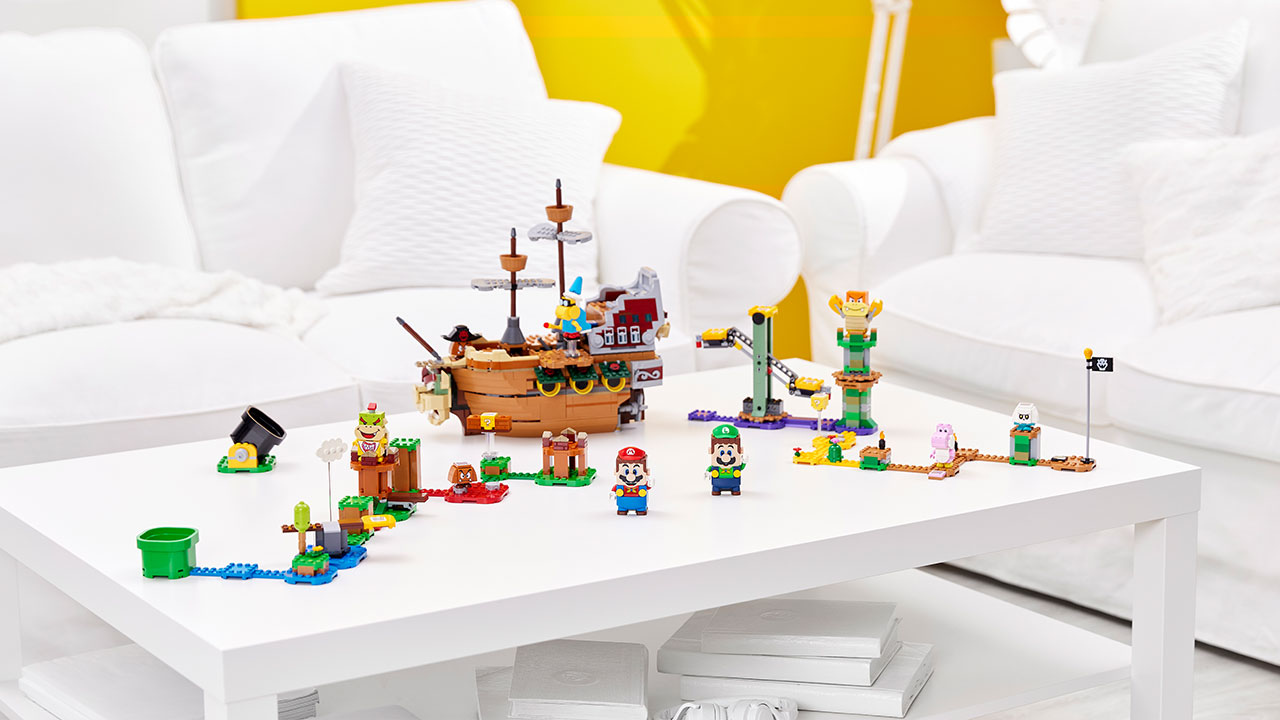 Last April it was learned that Luigi would join Mario from LEGO, at that time his release was dated for the next August 1 and it was announced that reservations for Luigi’s starter kit were now open at a price of 59.99 euros / dollars. Today we have more details of all sets who will join the LEGO Super Mario collection when Luigi arrives, his prices and new details of Luigi’s integration into the world of LEGO bricks.

Luigi will be able to connect via bluetooth with Mario to offer cooperative play for the first time.The LEGO Group detailed that the interactive figure of Luigi will be able to connect to Mario’s (or the combination of 2 figures that the user prefers) to offer for the first time sessions of game for 2 players simultaneously. As the figures are connected, they will not only be shown new interactions on the screen and sounds, in addition there will be bonuses of extra coins for doing coordinated jumps, defeating enemies as a team, and much more. The new trailer LEGO Luigi, which you can find in this note, shows more details about these interactions and cooperative play.

Taking advantage of this occasion, LEGO also presented new expansion sets including an amazing bowser’s flying ship and other sets that with their additions promote new possibilities for cooperative play. They have also been made known new costumes for Mario and Luigi, as well as the character series 3 that are integrated into the collection.

Below is the list with their prices and some images:

All these sets will go on sale next August 1 And if you want to know more about it, we recommend you visit our special video so that you know all its details.