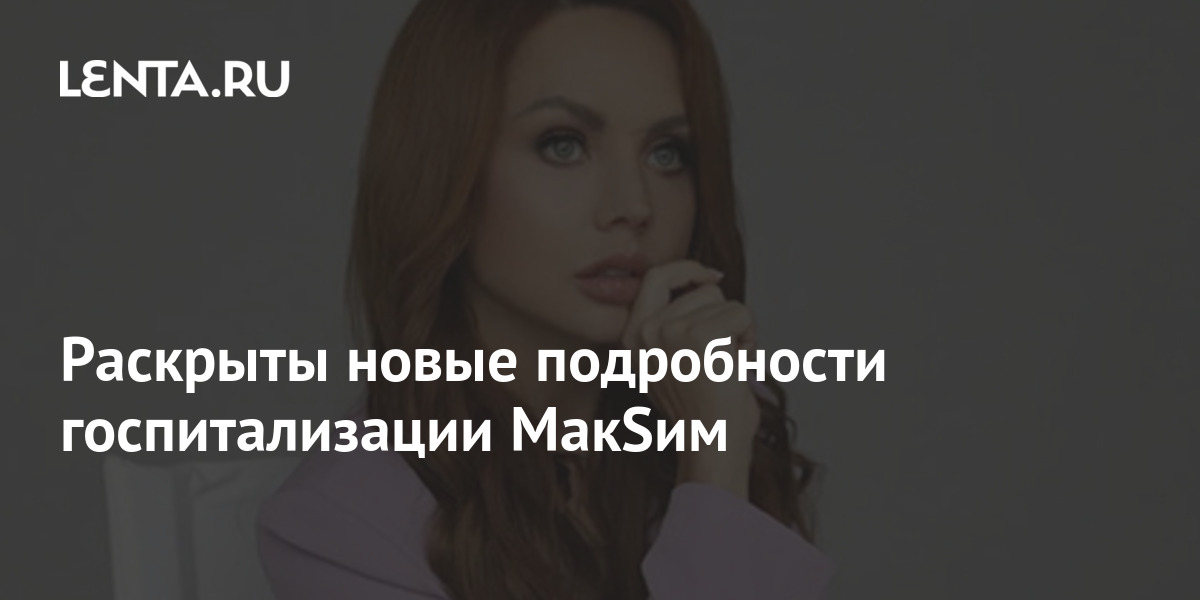 Singer MakSim (real name – Marina Abrosimova), hospitalized with bilateral pneumonia, is being treated in one of the private Moscow clinics, where the cost of treatment is one million rubles. Such details were disclosed by the StarHit edition.

According to the newspaper, a two-week stay in the VIP-ward, in which the star lies, costs one million rubles. “We know that MakSim lies there in a bad state. We ask: “Coronavirus?” They say: “Maybe not a coronavirus.” And then what? “, – said the auxiliary workers of the clinic.

It is also known that a few days before hospitalization MakSim celebrated his 38th birthday on a grand scale. At the same time, the artist opened her own art school. The next day, the singer felt unwell and passed the COVID-19 test. He gave a negative result, so the artist decided not to cancel the concert in Kazan.

Musician Andrei Derzhavin performed on the same stage with the singer. According to him, the singer was not good, but she tried not to show it. “It seemed to me that she was kind of sad, apparently, she didn’t feel well. There are few such people on our stage. It’s news for me that the whole MakSim team fell ill with the coronavirus, and we flew on the same flight, ”he said.

Earlier, the representative of the singer answered the question of whether there are any improvements in the artist’s condition. According to her, the singer’s condition is still difficult, without improvement.

The fact that the artist was admitted to the hospital was reported on June 16. Later MakSim was put into an artificial coma and connected to a ventilator. On June 30, it became known that MaxSim had been in contact with a carrier of the coronavirus.