Neurology People who sleep short in middle age have a higher risk of developing dementia, those who sleep an average of seven hours have the lowest risk 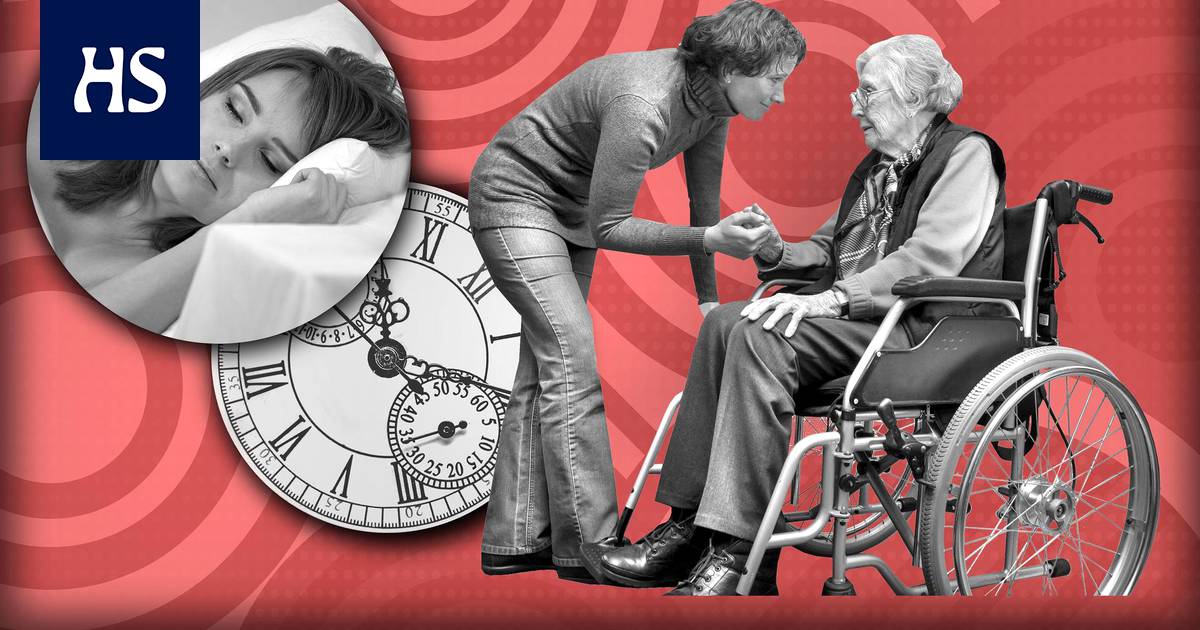 “The study shows a clear link between short sleep and the risk of dementia,” says Professor Mika Kivimäki.

In middle age people who sleep for a short night are at higher risk of developing dementia in old age than normal sleep.

If a person sleeps continuously for six hours or less in their fifties, the likelihood of old-age memory disease increases by about 20 percent, according to a study released Tuesday.

It says the lowest risk of dementia is on average seven hours of sleeping.

The results are based on the so-called Whitehall II data, in which almost 8,000 British civil servants have been monitored since 1985.

“The study shows a clear link between short sleep and the risk of dementia,” says Professor of Epidemiology at the University of Helsinki Mika Kivimäki, who is one of the authors of a recent study.

Kivimäki also works as a professor of social epidemiology at UCL University in London and leads Whitehall II research.

“The onset of dementia in old age is the sum of many factors.”

If a person sleeps continuously for a short night’s sleep at the ages of 50, 60, and 70, the risk of developing old-age memory disease increases by 30 percent, according to a study.

However, Kivimäki points out that this is an observational study. It cannot fully prove cause-and-effect relationships, i.e., that a short night’s sleep would contribute to the onset of dementia.

In addition, the development of memory disorders in old age is always influenced by many factors. Some of them depend on inheritance, while others are related to lifestyles and other environmental factors.

If short dreams really contribute to the onset of dementia, adequate dreams can delay the onset of memory disease by about a year or a maximum of two, Kivimäki estimates.

“In other words, for those who sleep in short dreams, dementia would break out perhaps a year earlier than in good sleep. The onset of dementia in old age is the sum of many factors, and there are currently no known individual factors that can prevent it. ”

Scientific journal Published in Nature Communications research is not the only one of its kind. Numerous previous studies have also reported that old-age memory disorders are more common in short-lived people.

However, most previous studies have been shorter in duration and have been done in people who are already at least 65 years old at the start of the study. In this case, the results are difficult to interpret, as the development of dementia takes a long time, often twenty years before the actual stage of the disease.

Disorders of sleep-wake rhythm are among the symptoms of dementia, and if the subjects are of retirement age even in the early stages of the study, some people who are already developing dementia may give first signs of themselves as short sleeps. They may then be a symptom of a memory disorder, not a predisposing factor.

Therefore, a long-term study of subjects from middle age to old age provides a better picture. When the Whitehall II study began in the 1980s, the majority of participants were between the ages of 35 and 55. Of the approximately 8,000 subjects, just over 500 developed dementia during follow-up.

The length of night sleep was determined six times over 25 years with a questionnaire. In addition, in 2012–2013, sleep was measured on the wrist using an activity meter for about a week in about half of the subjects. The measurements confirmed the length of the self-estimated sleep times.

For some previous studies suggest that the risk of dementia would also increase in those who sleep particularly long at night. Kivimäki and his colleagues did not receive clear evidence of this.

According to Kivimäki, the idea of ​​the harmfulness of long dreams also does not fit well with what we know about the effects of sleep on human cognitive functions.

Sleep deprivation is suspected to impair the functioning of the brain’s glyphal system. The glyphalate system is like a sewer that cleanses the brain of waste products accumulated during surveillance. It works most actively during deep sleep, so in sleep deprivation it may not work properly.

When sleep deprivation interferes with the functioning of the glyphalate drainage system, the clearance of beta-amyloid protein from the brain may also be reduced. In the most common memory disorder, Alzheimer’s disease, beta-amyloid plaque accumulates in the cortex of the brain.

In addition, in people with sleep apnea and thus sleep deprivation, the oxygen supply to the brain may be impaired.

Second An important marker of Alzheimer’s disease is the intracellular tau protein. Sleep deprivation is suspected to increase its accumulation in the brain as well.

“These are intertwined with each other. If the brain is not cleansed of metabolites and other excess, it can increase low-grade inflammation in the brain. And neuroinflammation can have a damaging effect on nerve cells if it continues for a long time, ”Kivimäki says.

In addition, in people with sleep apnea and thus sleep deprivation, the oxygen supply to the brain may be impaired.

All of the above are possible mechanisms by which sleep deprivation could contribute to the onset of dementia. However, the conclusions are mainly based on the results of animal experiments and have not been validated in people sleeping on a short night’s sleep.

The single most important genetic factor predisposing to dementia in old age is the apolipoprotein E gene form epsilon 4. In a recent study, it was measured in participants.

Read more: Already the lifestyles of youth and middle age affect the risk of dementia – These are the 12 most common factors

Although all of the above risk factors were considered, short night sleep emerged as an independent risk.

Part people may be inherently less sleepy. Others, on the other hand, may be so stressed for years that they don’t get enough sleep. However, the study did not map why some slept little. The effects of stress are to be clarified later.

Even the sleep time of Finns seems to have decreased in recent decades. Could current middle-aged people possibly prevent the onset of dementia by improving their own sleep habits in a timely manner?

Recent research does not say that, Kivimäki says.

“There’s no guarantee that getting enough sleep will reduce dementia, but they shouldn’t hurt anyone.”

Classes with cross ventilation: in Salta they authorize students to bring blankets to cover themselves from the cold