Neuquén: social organizations camp on different routes and there is chaos to enter the province 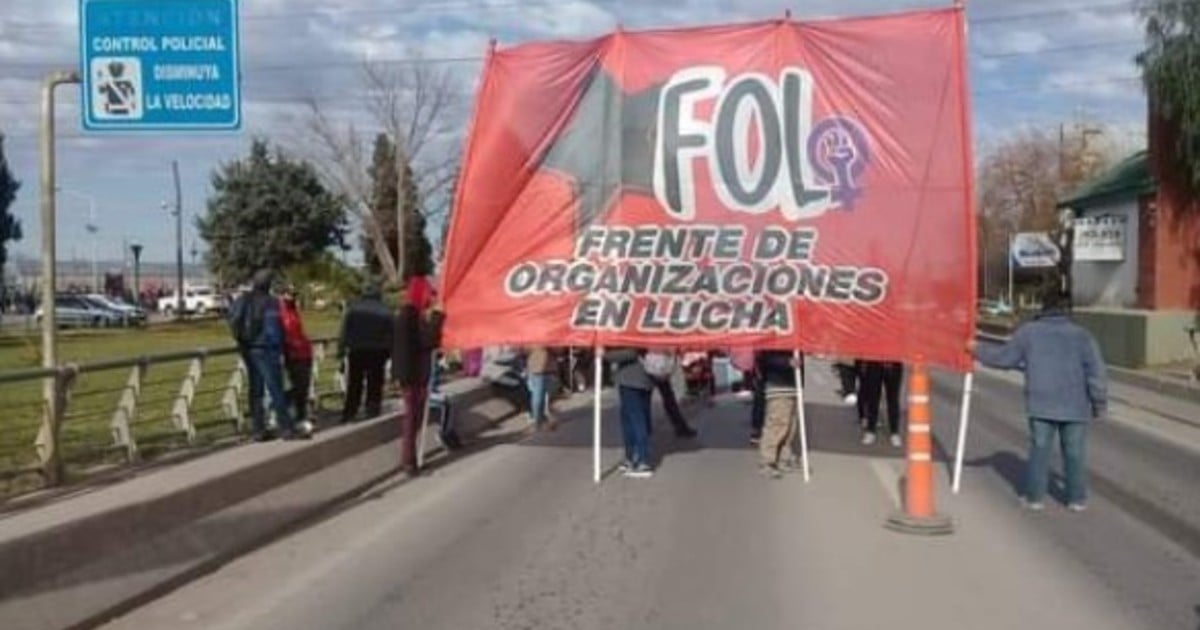 Neuquén social organizations continue with blockades and camps “Indefinitely” on the highway bridges that connect the Rio Negro city of Cipolletti with the Neuquén capital, on the third biprovincial bridge and at three more points in the province, in demand for work and public works.

“We insist on a convocation for this Thursday,” said César Parra, a reference for the Polo Obrero (PO), who added that “if the Government has the will to resolve, to dialogue, we do not understand why everything wants to happen after the 13th of September”.

It also indicated that “it is not an electoral claim” and he explained: “We have been demanding for months. It is a negotiation that the government itself raised in April and never called again.”

Parra reported that this noon they continued with the cuts started on Wednesday in the highway bridges that connect the city of Neuquén with Cipolletti (Río Negro), in the third biprovincial bridge and in the Carancho bridge, located between the Neuquén towns of Senillosa and Arroyito, While he indicated that this Thursday blockades were added on National Route 40 at the height of Chos Malal and on National Route 22 in Zapala near Christ.

From the Neuquén Government, the Undersecretary of Social Development, Abel Di Luca, said that “we made a call to social organizations to next monday 13, at 8 in the morning, “and added:” We are waiting for an answer. ”

“We never cut off the dialogue. We are going to work as we have done so far, with an open agenda,” he said.

Meanwhile, Neuquén legislators from different blocks asked the provincial Executive “to urgently call for social organizations that have been demanding solutions for genuine work and public works in the neighborhoods.”

Participating in the measure of force is the Front of Struggling Organizations (FOL), the Confederation of Workers of the Popular Economy (CTEP), the Darío Santillán Front and the Polo Obrero.