Netanyahu’s “enemies” are on the cusp of power 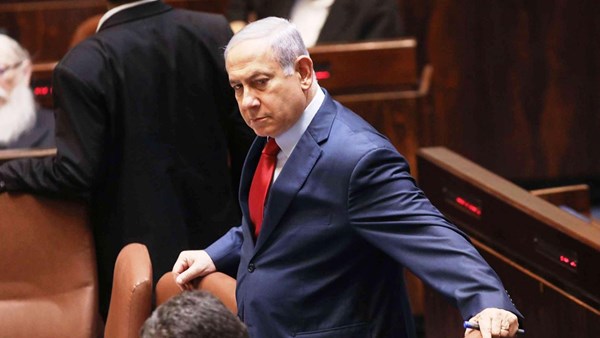 Israel is nearing the end of an era, after announcing a diverse coalition at the last minute that could, within days, oust Prime Minister Benjamin Netanyahu, the longest-serving prime minister in the history of the Jewish state, for which Washington has assured its unwavering support, whatever the government.
This unprecedented coalition consists of eight parties, two from the left, two from the center, three from the right and an Arab party, which adopt contradictory positions on all issues except for the desire to remove Netanyahu from power.
The Israeli parliament, the Knesset, is supposed to vote on confidence in the government team within a week. But Netanyahu began to redouble his attempts to destabilize the agreement, hoping for splits in the coalition at the last minute.
“All elected representatives with the support of the right must oppose this dangerous left-wing government,” Netanyahu wrote in a tweet on Twitter, breaking the silence he has maintained since the announcement of the agreement.
On his personal Twitter account, Netanyahu called on the Likud party, led by his former right-wing allies, to “withdraw” their signatures “now”.
The support of the right-wing leader Yamina, and a former ally of Prime Minister Naftali Bennett, was crucial in forming the anti-Netanyahu coalition.
For its part, Washington stressed that the United States will remain an ally of the Jewish state in all cases. State Department spokesman Ned Price told reporters that Washington will maintain its “steadfast support” for Israel “no matter what happens, and whoever the government is,” stressing that “nothing will change even if the government changes.”
He also confirmed Washington’s intention to help rebuild the Israeli anti-missile shield stockpile, whose missiles were used extensively during the 11-day conflict with Hamas in the Gaza Strip in May.
Last Wednesday evening, with the signing of the coalition agreement by Naftali Bennett, former TV star Yair Lapid, who became a mediator, and Mansour Abbas, leader of an Arab-Israeli party, all smiles, marked a turning point in Israel’s political history.
Israeli Arabs make up twenty percent of the Jewish state’s population. But with the exception of twice in 71 years, they have generally remained on the sidelines of the political game.
The joining of the United Arab List, led by Mansour Abbas, to a government coalition in Israel is the first step of its kind for an Arab party in the Jewish state, which was not supported by other Arab parties.
Mansour Abbas wrote on his Facebook page: “We sign a historic agreement to enter the government coalition that provides solutions to the burning problems of our Arab society, in exchange for the largest and most extensive gains and achievements for the benefit of our Arab society and huge budgets.”