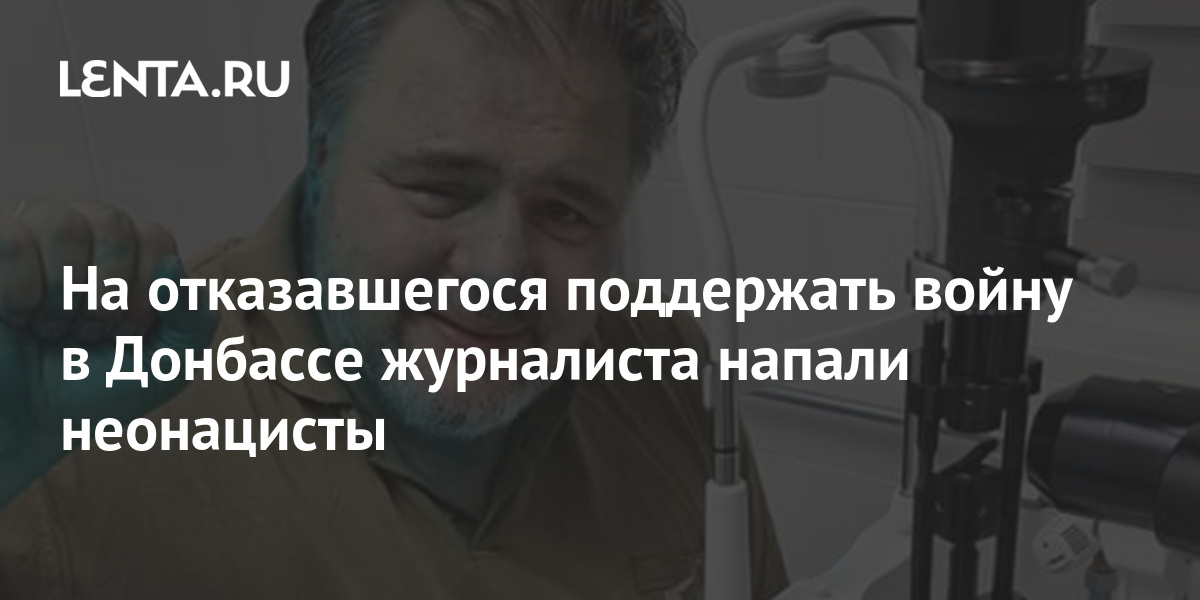 In Ivano-Frankivsk, opposition journalist Ruslan Kotsaba, known for not supporting the mobilization into the Armed Forces of Ukraine during the period of active hostilities in Donbass in 2015, was attacked. He wrote about this on his page in Facebook…

Zelensky decided to get rid of his main competitor. How will Medvedchuk’s case change Ukrainian politics?

According to Kotsaba, he was attacked by a group of neo-Nazis when he was returning to Kiev. It happened on the night of Friday, June 25, on the platform of the Ivano-Frankivsk railway station.

“I am now in the hospital, so sorry for those whom I had to meet today and tomorrow … A little to cheer up – now I am a green pacifist and a TV presenter, like a walking advertisement for“ green power ”(colors of the presidential party“ Servant of the People ”- approx. “Lenta.ru”) to the 25th anniversary of the Constitution Day! ” – wrote the journalist.

In January, Kotsaba was attacked by representatives of the right-wing radical Right Sector movement (an extremist organization banned in Russia) in the city of Kolomyia, Lviv region. There was a court hearing in the 2016 case, when Kotsaba was accused of high treason and obstruction of the legal actions of the Armed Forces of Ukraine during a special period.

In May 2016, Kotsaba was sentenced to three and a half years in prison with confiscation of property. He spent 524 days in prison. He was acquitted by the court of appeal and released in July 2016.