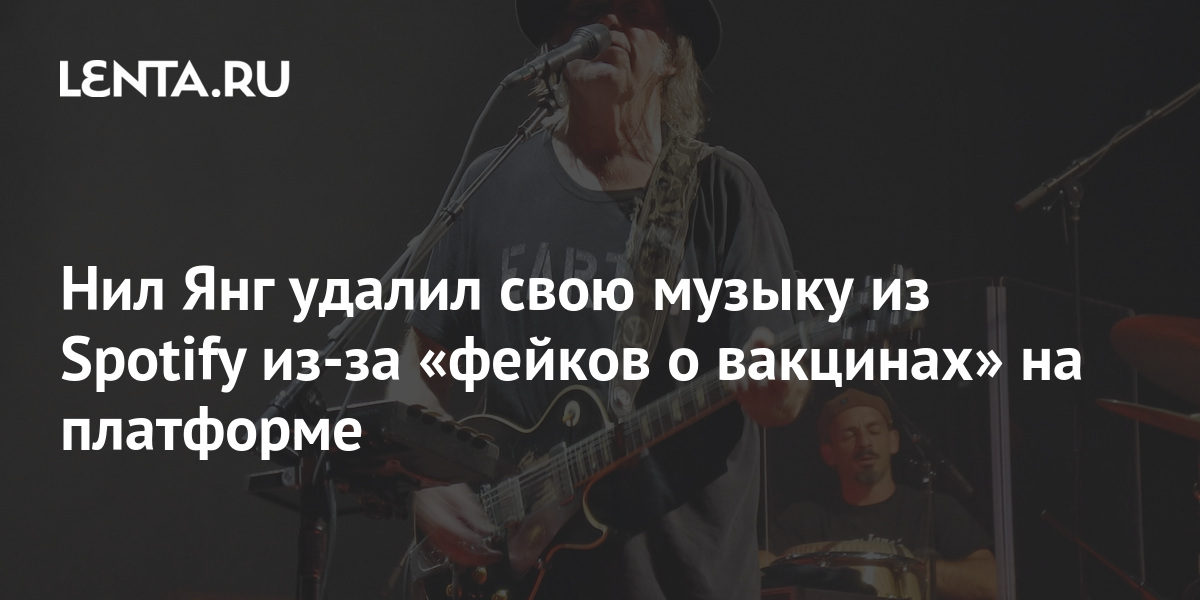 Canadian rock musician Neil Young has demanded that his music be removed from the Spotify streaming service. About it writes The Wall Street Journal.

According to the 76-year-old artist, the reason for this was the spread of “fake information about vaccination against coronavirus” on the platform. Young stressed that American comedian Joe Rogan is spreading misinformation about vaccinations on his Spotify podcast. The performer was outraged by the episode, released in December 2021, in which anti-vaccination virologist Robert Malone expressed unproven hypotheses about the “uselessness” of the COVID-19 vaccine.

It is known that each episode of The Joe Rogan Experience is listened to by an average of 11 million people. Yang pointed out that Spotify is responsible for spreading misinformation on its platform.

“I notify Spotify that I am withdrawing all my music from their platform. I am doing this because Spotify is spreading false information about the vaccine, which can lead to the death of those who believe them. The service can have either Rogan or Yang. But not both,” said the singer. The streaming service has removed Young’s music. The rocker had 2.6 million followers and over six million monthly listeners on the platform.

He died at the age of 23 alone in the hospital due to the anti Covid rules. Mother's desperation: "They didn't let me in, I begged them"