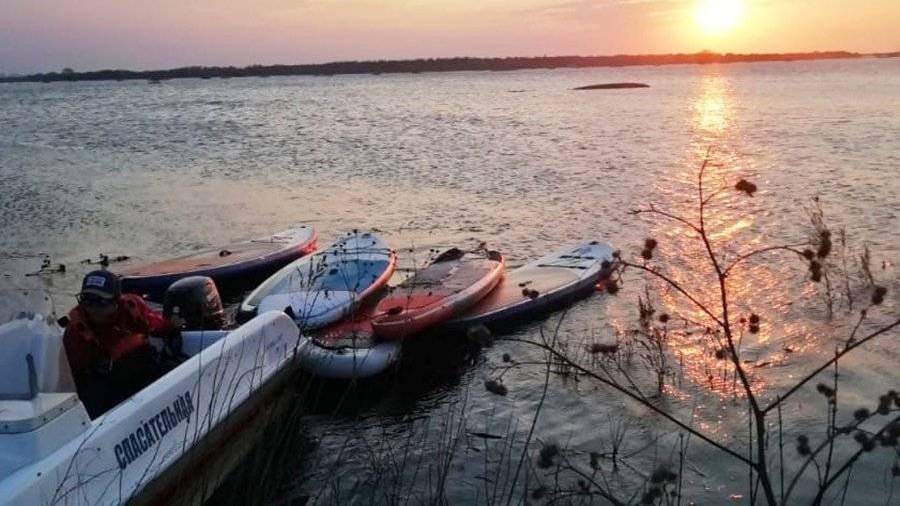 In the Ryazan region, 27 participants of the rafting on the Oka were rescued, who were prevented from completing the journey by a strong wind. About this on April 17 reported in the Main Directorate of the Ministry of Emergency Situations in the region.

“There was a message that in the area of ​​the Shumash settlement, on the flood of the Oka River, a large group of people are rafting on sup-surfing <...>. Due to worsening weather conditions, increased wind, a group of people began to be carried downstream of the river, ”the ministry said.

According to one of the participants, on the way back, a strong wind arose, which began to carry them off the course.

“It became clear that we would not be able to get out on our own. We moored to a small bush on the water and began to wait for help ”, – quotes the girl from the Ministry of Emergency Situations.

Ryazan’s central water rescue station sent rescuers to the scene, where it turned out that people were scattered at a great distance from each other. All 27 people were rescued and taken ashore; no one was injured during the operation.

On April 13, it was reported that in St. Petersburg, police rescued two men who were drowning in the Obvodny Canal. The victims were pulled out of the water and given first aid, then they were handed over to the ambulance doctors.

The world awaits .. Where is the Chinese missile returning to Earth located?