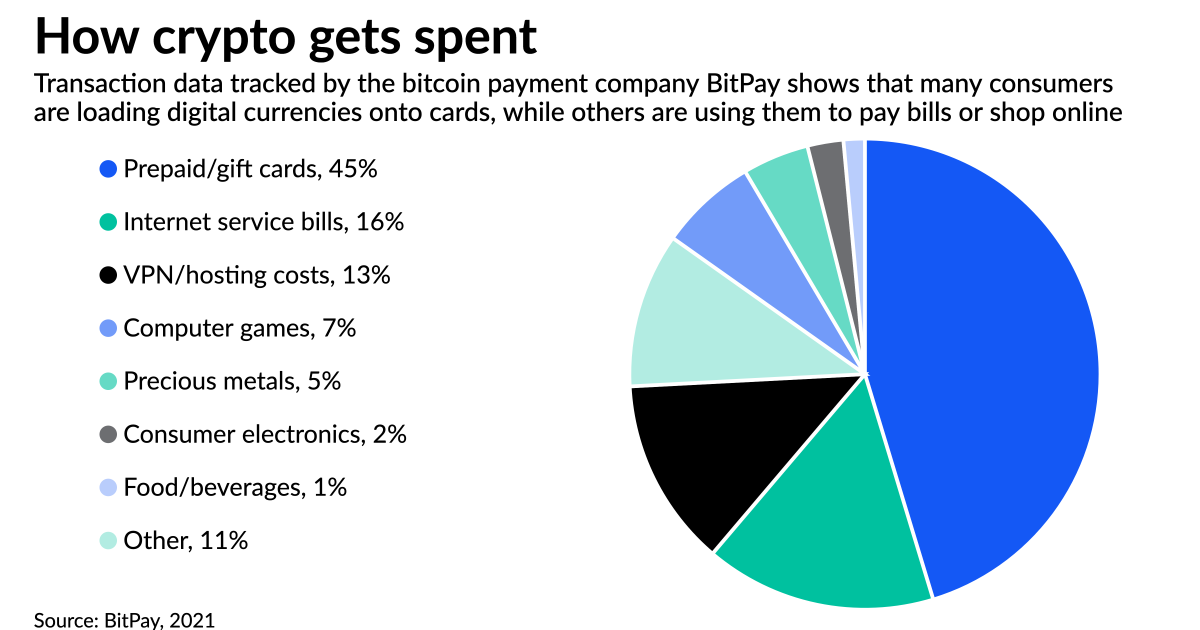 Cryptocurrency has always been tough to adapt to mainstream payments, in large part because most point-of-sale vendors didn’t have any need to support it.

That’s changing, as major hardware makers like NCR and Diebold Nixdorf are finally hearing – and responding to – demand from merchants.

Even in the bubble-and-burst world of cryptocurrency, the past year has seen a huge boost in public awareness among consumers, financial institutions and payment companies. For NCR and Diebold Nixdorf, crypto has become an inevitable part of their product strategies.

Atlanta-based NCR struck a deal this month to acquire LibertyX, a Boston-based company that operates bitcoin ATMs and kiosks, with a network of about 20,000 retail stores and 9,500 ATMs in the field. LibertyX’s digital currency technology also runs on point of sale terminals, and will fuel NCR’s plan to support cryptocurrency in both digital and physical settings.

Merchants who accept cryptocurrency at the point of sale usually serve a clientele that is amenable to the alternative currencies, such as a wine shop that serves investment bankers and technology executives. But even AMC, a large theater chain that expects to serve 200 million consumers this year, has announced it will accept bitcoin for tickets and concessions at US theaters by the end of 2021. AMC has not said how it will accept bitcoin, and did not respond to a request for comment.

This new surge of demand came out of bitcoin’s recent and rapid adoption, as well as the attention around stablecoins and central bank digital currencies, Vanderham said. Bitcoin has about 130 million current users, and is on pace to reach one billion in the next four years, according to research from Nasdaq. By contrast, it took nearly eight years for the Internet to expand from 130 million users to 1 billion during the 1990s.

Thirteen percent of Americans purchased or traded cryptocurrency between July 2020 and July 2021, with two thirds of that number investing for the first time, according to the University of Chicago. The value of cryptocurrency passed $ 1 trillion early in 2021 and has been well above that level for most of the year, going above $ 2 trillion this week. That’s much higher than the $ 250 billion in crypto in circulation in early 2020.

That growth will lead to consumers wanting ways to cash out, such as by spending their cryptocurrency directly, according to Vanderham.

“[Merchants] will need these capabilities now, but even more so in six months and much more so in 18 months, “Vanderham said.

NCR is working on a cryptocurrency payment system that allows consumers to scan a QR code or use a mobile wallet, similar to contactless mobile payments. The merchant will have a choice of settling in traditional currency or cryptocurrency, with NCR relying on near real-time processing to mitigate cryptocurrency’s valuation swings. The process is similar to any other tender type, and NCR anticipates consistency in payment processing for stablecoins or central bank digital currencies.

Unlike many current systems, which exchange the funds before the merchant receives them, “there won’t be an exchange between crypto and fiat pre-purchase,” Vanderham said.

NCR’s primary rival, Diebold Nixdorf, is getting ready to run its own pilots with clients, and expects to have a cryptocurrency payment product in the market later in 2021, said Manish Choudhary, senior vice president of Software for Diebold Nixdorf, in an email.

Diebold Nixdord’s ATMs can be configured through software and application programming interfaces to connect with a client’s preferred cryptocurrency exchange and conduct the purchase or sale of cryptocurrencies, Choudhary said.

To bring crypto acceptance to retailers, proponents need to clearly communicate the benefits of accepting crypto as a form of payment and make it easier to integrate crypto payments, said Sun Choi, vice president of business and corporate development for CoinMe, a Seattle-based decentralized financial services company.

CoinMe recently partnered with MoneyGram to power a service that converts digital currency into cash at MoneyGram’s retail locations. The service will expand to international markets later this year, with MoneyGram and CoinMe hoping to bring bitcoin acceptance to thousands of point of sale locations. CoinMe has also added to its cash-to-bitcoin kiosk network in partnership with Carrs and Safeway Supermarkets.

The crypto industry will have to make it simple for retail customers to make payments directly from their crypto wallets and incentivize such usage to encourage adoption, Choi said.

“Payment processing costs are a very significant part of retail businesses, and crypto can dramatically reduce these costs and improve the bottom line,” Choi said, adding the technology has to remove as much friction as possible. “We can’t expect retailers to receive bitcoin for payment using standard consumer wallets. We need to provide integrations that mimic currently popular and widely adopted payments infrastructure such as NFC-based payments like Apple and Google Pay.”

BitPay, which supports cryptocurrency payments for e-commerce sites, has integrated with Poynt’s Smart Terminal point of sale devices to power in-store payments. Consumers use a QR code and BitPay’s blockchain to access cryptocurrency and stablecoins for use at the point of sale.

BitPay last week debuted a service that allows US users of its prepaid Mastercard to add cards to Google Wallet and use Google Pay in-app, online and in-person via android devices. BitPay has a similar deal with Apple Pay and says support for Samsung Pay will be added soon.

It’s important to support crypto payments in multiple channels because the option is used more for online purchases, with the near-term in-store uses likely limited to staples, according to BitPay’s research, which found 44% of currency crypto purchases are for gift cards, about 15% for internet purchases, with other purchases such as food consisting of a smaller share. Adding mobile wallets allows for more crypto-friendly purchases online while building habits for more forward-looking payment types.

“Currently a majority of businesses who accept crypto are online e-commerce sites and so support for Google Pay lets crypto holders use crypto for everyday purchases like gas and groceries,” said Bill Zielke, chief marketing officer at the Atlanta-based BitPay.

At Square, bitcoin trading accounts for more than 70% of the company’s overall revenue. That windfall has helped Square to fund new services for Square Cash, a peer-to-peer payment app that’s served as a launching point for many types of consumer-facing services.

“The mass adoption of distributed ledger technology is much closer than people think. ‘Central Bank Digital Currencies’ has been one of the hottest buzz phrases in 2021 and we have already seen several pilots and scaleups in Asia, the Caribbean, and elsewhere,” said Nithin Palavalli, CEO of RubiX, a Zug, Switzerland-based company that develops technology used to validate transactions in a blockchain.

A decentralized payment system, a strong internet connection and a dedicated smartphone or tablet can directly support direct cryptocurrency payments similar to mobile payments, minimizing or eliminating the need for software or hardware upgrades to a point of sale terminal. That can cut costs out of terminal management and processing, Palavalli said. “It is possible that we’ll see a zero transaction cost for cryptocurrency settlements in the near future.”

While cryptocurrency is the “future of banking,” there are improvements that can be made to make merchants and consumers more comfortable, said Shamsh Hadi, CEO of ZorroSign, a Phoenix-based blockchain technology company. Private permissioned or public permissioned blockchains can ensure trust is enforced in payments and government IDs can verify users for “know your customer” compliance, Hadi said.

The growth of these two trends can push wider acceptance of mobile apps and crypto wallets for direct payments, and improve the authenticity of transactions, which is a challenge even for digital payments made with traditional currency, said Hadi. “The timeline to have these advancements is in the near horizon based on my discussions and analysis of where the market is going,” said Hadi, predicting a large push towards the end of the year with a much larger and wider adoption next year.