NBA play-offs: Clippers after catching up in conference finals for the first time 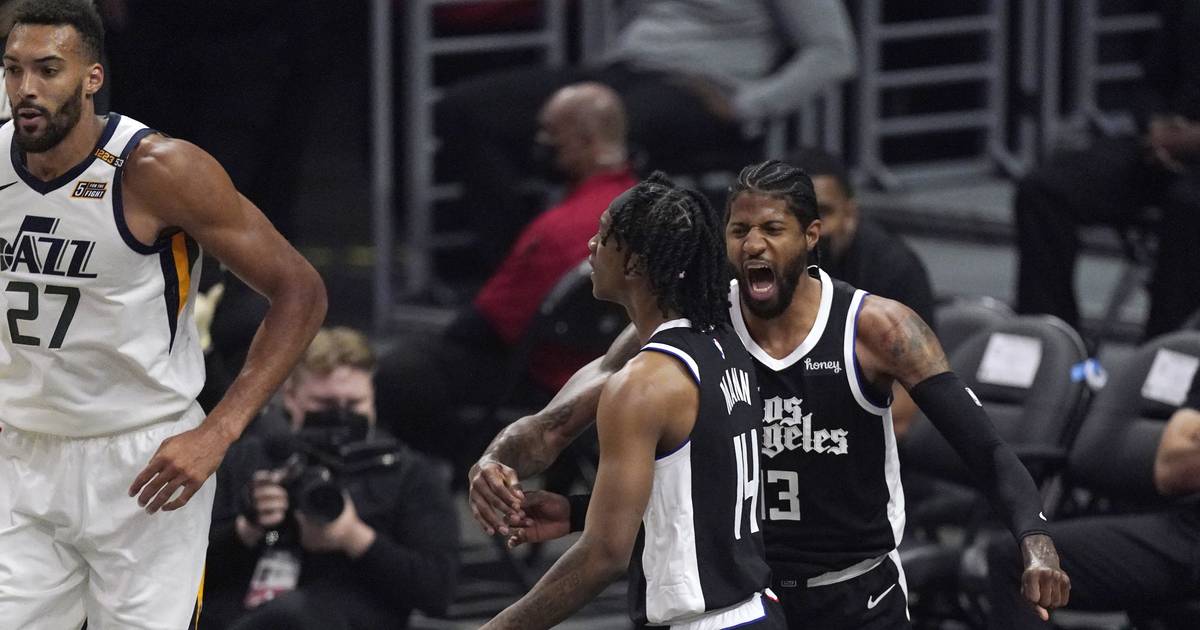 los Angeles The Los Angeles Clippers are in the finals of the Western Conference for the first time in their history. Despite being 25 points behind, the Clippers won the sixth game against Utah Jazz and won the semi-final series 4-2.


The Los Angeles Clippers have reached the final of the Western Conference of the North American professional basketball league NBA for the first time in their history. Led by the outstanding Terance Mann, who set a career best with 39 points, the Californians beat Utah Jazz 131: 119 and won the series 4: 2. The Clippers had lost the first two games against the best team in the main round.

Even without superstar Kawhi Leonard, who was further injured in the knee, after 25 points behind in the third quarter, LA turned the game in front of 17,100 spectators at the Staples Center and now meets the Phoenix Suns, who had barely given the Denver Nuggets a chance at 4-0.

In the east of the NBA, the Philadelphia 76ers forced a playoff against the Atlanta Hawks with a 104-99. With a score of 3: 3 in the best-of-seven series, the 76ers have a home game on Sunday. The winner of the game will face the Milwaukee Bucks or the Brooklyn Nets in the Conference Final. Also in this series it is 3: 3.