NBA: Los Angeles Clippers won against the Phoenix Suns and extended the definition of the series 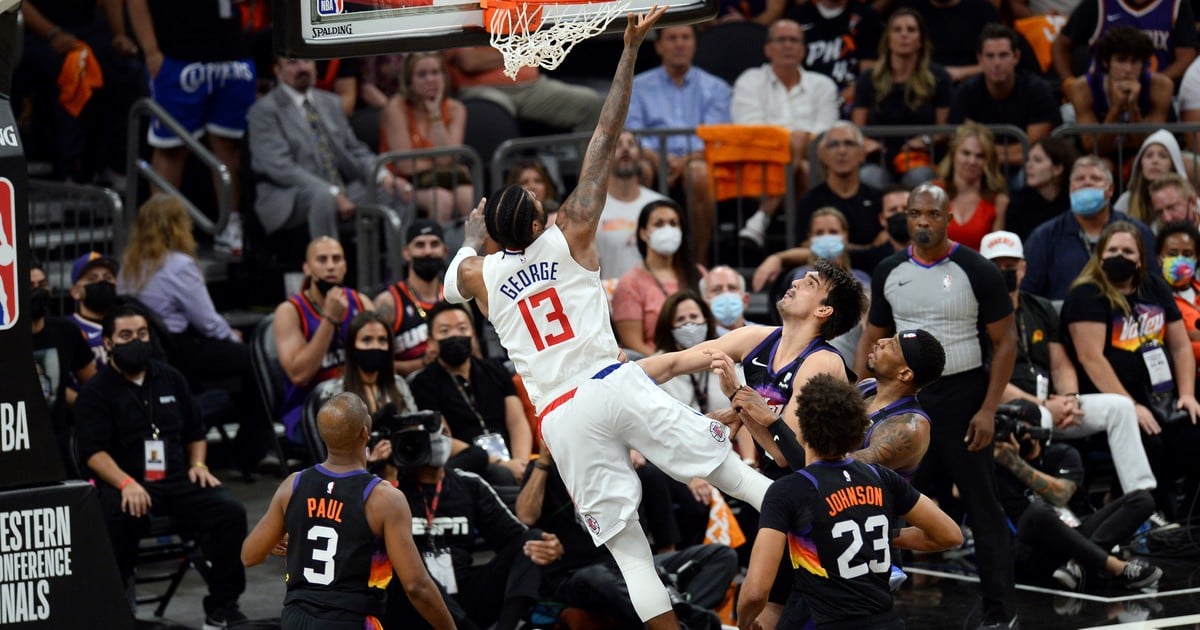 With one of the best performances of Paul George in a playoffs, the Los Angeles Clippers achieved a valuable 116-102 victory on the road on Monday against the Phoenix Suns and are now 2-3 down in the series corresponding to the Western Conference final of the NBA.

Paul George, who assumed responsibility since the discharge from Kawhi leonard in the semifinals, was the great figure of the confrontation with 41 points, the career highest postseason figure, while also adding 13 rebounds and 6 assists.

The 31-year-old forward scored 20 of his total points in a frenzied third quarter, while the point guard Reggie jackson (23 points) was key in the last quarter, where he made two triples in a row just as the Suns were closer on the scoreboard.

Without the presence of their star, Leonard, who still has no date of return to the courts, the Clippers returned to show their survivability with which they already rallied 2-0 disadvantages in the first two rounds of these playoffs.

The Suns, meanwhile, wasted the first of their three chances to return to an NBA Finals after 28 years of absence.

Devin Booker (31 points), Chris Paul (22) and the rest of the Suns will have a new opportunity to seal the classification this Wednesday at the Staples Center in Los Angeles.

On their way to the playoffs, the Clippers reached this stage after eliminating the Dallas Mavericks and the Utah Jazz. For their part, the Suns left the Los Angeles Lakers (last champions) out of the competition and Facundo Campazzo’s Denver Nuggets.

The winner of this series will face the winner of the Eastern Conference final for the title, where the Milwaukee Bucks dominate 2-1 against the Atlanta Hawks.