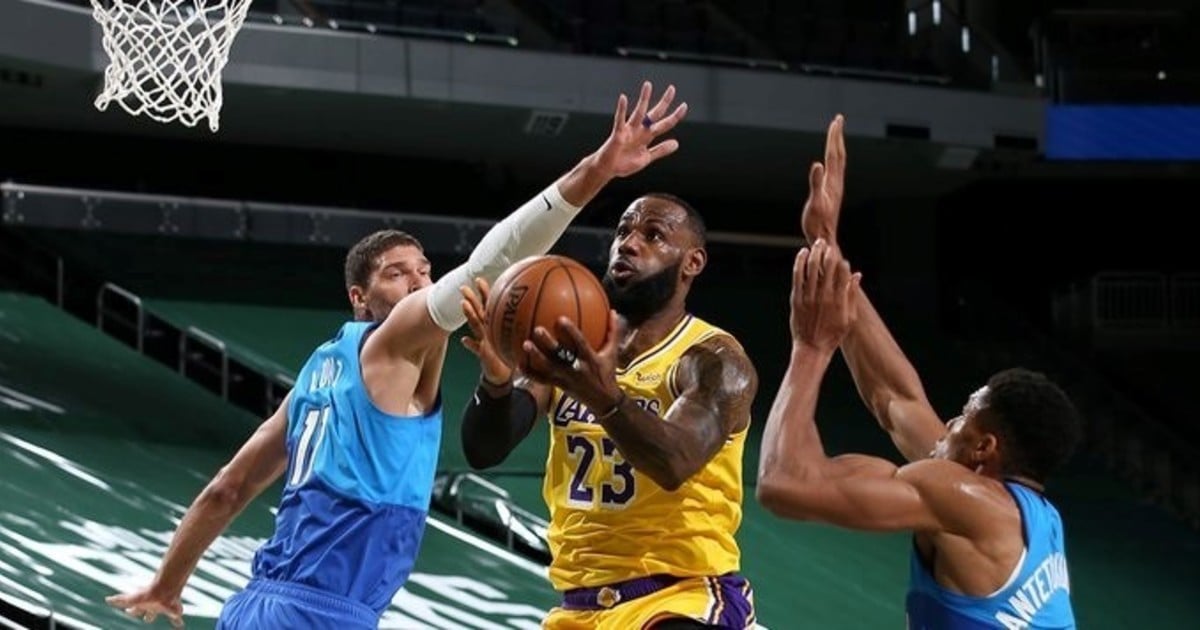 It was the perfect setting to display the badge. And so did both the Los Angeles Lakers and LeBron James. The champion revalidated his undefeated road trip against the Milwaukee Bucks and his emblem won the individual duel against Giannis Antetokounmpo, the man who carries the label of being his heir.

The victory of the Lakers 113-106 is the eighth consecutive of the champions away from home and it was sustained in the leadership of LeBron who scored 34 points (13 of 25 in doubles, 6 of 10 in triples), 6 rebounds and 8 assists.

The contribution of Kentavious Caldwell-Pope (23 points with 7 of 10 on 3-pointers) that fueled the Lakers’ big night from the perimeter (19 of 37 on 3-pointers).

There was a duel within a duel. In addition to the clash between the two teams that showed the best performance in the season, there was the personal crossing between LeBron and Antetokounmpo, who did not finish as the top scorer for his team with 25 points (11 of 17 shooting) in addition to 12 rebounds.

The Greek star started with everything, came out determined to show why it was chosen MVP in the last two seasons, but in the decisive straight of the game it faded and ended with 9 losses.

The best of the Lakers was seen from the middle of the second quarter. Driven by the character of Montrezl harrell and because of LeBron’s power, the champions took advantage of offensive circulation and a fabulous triple on Caldwell-Pope’s buzzer and went to break 63-57, the biggest advantage so far.

Both showed hot hand, but by different routes: the Bucks added 34 of their 57 points with doubles in the first half while the Lakers had 10 of 20 in triples.

Caldwell-Pope kept testing from the outside and adding three. Thus the champions came to surpass ten points of advantage in the third quarter, although one the Bucks arrived alive to the last quarter (81-86).

There LeBron made his mark again with 5 consecutive points and an assist from end to end to Kuzma to draw distance (93-83) with 9 minutes remaining.

Antetokounmpo seemed to respond and after a weak second half in which he had only achieved 4 points, he returned to the scene with 5 points in a row that they left an exciting close: 102-100, with three minutes to go.

In delicate moments, the Lakers did not hesitate and resorted to the recipe that had worked for them at all times: the triple. Thus, Caldwell Pope, Caruso and James certified the visiting victory with three triples in a row that ended up eliminating a challenger who put up a fight.

With this victory, LeBron’s team reaches 12 wins and 4 losses and is at the top of the Western Conference with the best average in the league. Meanwhile, the Bucks now accumulate 9 wins and 6 losses.

Industrial prices fell 4.3% in the Region in December

Let us know and let them know