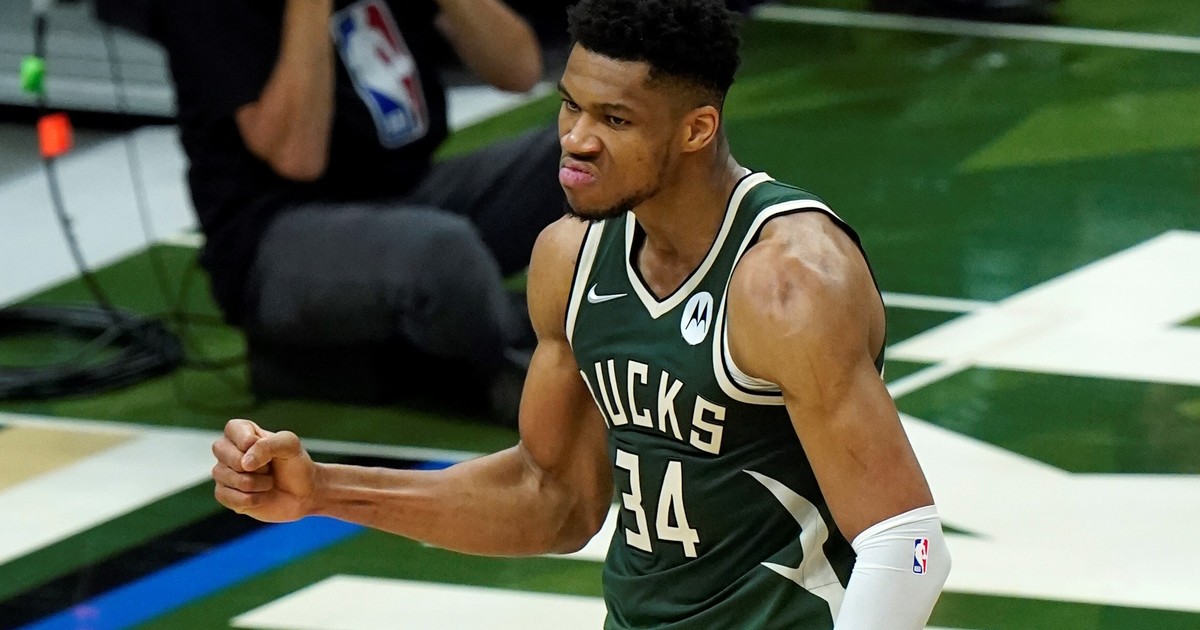 With another performance outstanding by Giannis Antetokounmpo, the Milwaukee Bucks beat the Phoenix Suns 120-100 and closed the gap in the NBA Finals, in which they now lose 2-1. Next Wednesday, also at their stadium, they will try to match the league’s definition of most important basketball in the world.

The main star of the Bucks, who in the second game had given a recital with 42 points, gave a new monumental performance. This time, in the first game at home, Antetokounmpo contributed 41 points (14 of 23 shooting), in addition to 13 rebounds and 6 assists.

With the weight of two road losses, Milwaukee was forced to add a win that avoided a 3-0 deficit that no team has come back in playoff history.

Chris Paul complied, but did not have the usual Devin Booker collaboration with the Suns. Photo Jeff Hanisch USA TODAY Sports

“We knew what kind of game it was going to be. We knew we had to go back and play good basketball and compete as hard as possible. I just tried to be aggressive,” said the Greek, a two-time MVP award winner.

For the Suns, Chris Paul had 19 points (8 of 14 shooting) and 9 assists. The base did not have the usual collaboration of Devin Booker, what did you wear misguided and he could only achieve 10 points (3 of 14 in shooting), 6 rebounds and 2 assists, in tune with an irregular performance by Phoenix.

On the other hand, this Sunday Antetokounmpo did find company to approach in the decisive series. Noted for their weak contribution in the second game, Jrue Holiday (21 points and 9 assists) and Khris Middleton (18 points, 7 rebounds and 6 assists) stepped up to begin to tip the balance.

The Bucks imposed their defense during much of the duel, had a better aim from distance (39% in triples, compared to 29% of the Suns), controlled the board (47 rebounds by 36) and built their first victory in these Finals through starting from a great second quarter (35-17).

With a dominating DeAndre Ayton (18 points and 9 rebounds), the Suns controlled the first quarter in which Milwaukee took a big scare when, with less than four minutes played, Antetokounmpo briefly went to the locker room.

The Greek power forward keeps the Bucks on alert, as he recovered against time from a left knee injury for these Finals and his physical play and continuous collisions with opponents expose him to physical discomfort.

To the relief of the 17,000 people who were in the stands, Antetokounmpo was soon back on the pitch and led a spectacular 20-6 streak for the locals with which they reversed the result from the second period.

The Milwaukee Bucks overcame the scare of the first quarter and closed the gap with the Phoenix Suns in the NBA Finals. AP Photo

Milwaukee reached the break 15 points up (60-45), their biggest advantage in the entire series, thanks to the pair of Antetokounmpo and Middleton, who was reborn on their court with 18 points after the disappointing second game on Thursday.

The Suns relied on Ayton’s dominance in the Bucks paint, with 16 points in the first half (7/8 shooting), while their offensive leader Booker had his lights turned off for the first time in this game. series: missed seven of his first eight pitches.

Still, the distance from Cam Johnson and Jae Crowder gave the Suns one last chance as they closed within six points midway through the third quarter. But, in full acceleration, Ayton had to go to the bank after committing his fourth personal foul.

With a convincing closure in his stadium, he laid the first stones to reverse the series, with the fresh memory of the comeback against the Brooklyn Nets in the semifinals of the Eastern Conference (it fell 2 to 0 and ended up prevailing 4 to 3).

Game 4 of the Finals between the Bucks and Suns will be played on Wednesday in Milwaukee.