Nazarbayev declared his desire and impossibility to retire 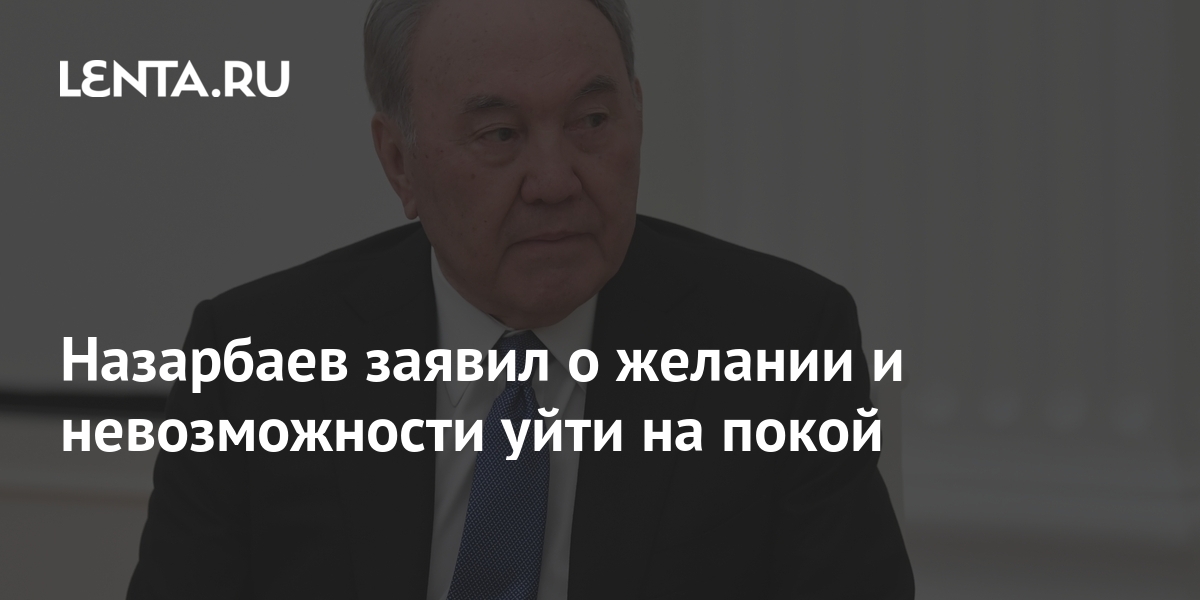 The first president of Kazakhstan, Nursultan Nazarbayev, said that he is at such an age when he wants to retire, but he cannot do it. He stated this in an interview with local media, reports RIA News…

“At my age, I want to move away from everything, but I can’t, because they write letters, ask for a meeting and have to work, the mail is large, international and our own, but this is probably good. For the brain to work, you need to do something else … ”, – he said.

Nursultan Nazarbayev resigned from the presidency of Kazakhstan in March 2019, having been in power for almost 30 years. At the same time, he remains the life-long head of the Security Council of Kazakhstan and the chairman of the ruling Nur Otan party.

On May 27, Nazarbayev turned down an offer to erect a monument to himself, despite the presence of schools and universities named after him. The idea to erect a monument to Elbasy (to the leader of the nation – approx. “Lenta.ru”) was earlier made by the Deputy Secretary General of the International Organization of Turkic Culture Bilal Chakydzhy. He proposed to place the monument in the Kazakh city of Turkestan. “Elbasy did not support this idea, just like many others who were up to this point. He absolutely does not like such gifts, ”said the press secretary of the politician Aidos Ukibay.

In April, Nazarbayev decided to transfer his life-long post as head of the Assembly of the People of Kazakhstan (ANK) to the current head of state, Kasym-Zhomart Tokayev. Speaking at the ANC session, Nazarbayev said that the choice of Tokayev as the successor to the presidency of Kazakhstan was correct, and “the assembly should stand next to the current president as a pillar.”