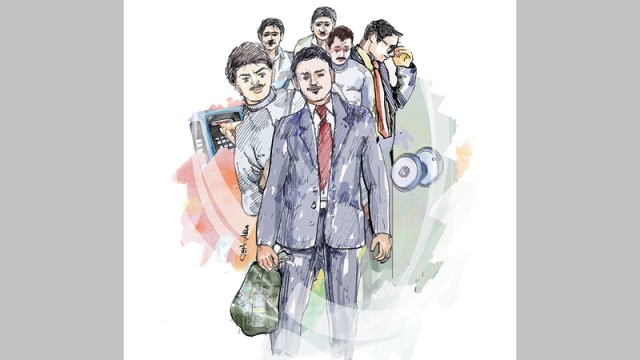 The director of the Nayef Police Station, Brigadier General Tariq Tilak, told “Emirates Today” that the center has implemented a proactive strategy to reduce the crimes of targeting, picking and robbing bank clients, based on identifying criminal methods and potential victims of them, especially those who carry large sums without taking adequate measures. To secure it.

He added that the strategy applied in the Nayef region contributed to the transformation of pickpocket crimes from a worrying phenomenon, in the commercial area frequented by tens of thousands daily, to one of the least reported reports, and as a result, its index decreased by 87% during the past year, compared to the previous two years.

In detail, Brigadier General Tariq Tahlil mentioned that the crimes of plotting bank clients and those who visit the region were a security concern about two years ago, which prompted the center to implement a field and scientific strategy that relied first on the scientific analysis of the criminal method used by thieves to study the pattern used in these thefts, and the results were The results of the Crime Analysis and Prediction Center in the General Department of Criminal Investigations and Investigations are very good, as it found that pickpockets work in gangs consisting of two or three people, as a minimum, and they often use one of three methods, the first is spitting, or throwing a red liquid substance. Similar to spitting on the victim’s clothes and pretending to help him remove them, while the only real goal is to create the atmosphere for their colleague to come and carry out the pickpocketing or theft, and the second method is to obstruct the victim and pretend to help him get up, while the third partner is waiting for the opportunity to carry out the pickpocketing process lightly and quickly, and the method The third is professional, but rare, and is using a blade or razor to cut the victim’s pocket and twitch his wallet without even realizing it.

He asserted that pickpocketing is one of the most difficult crimes, because the accused may come from another region different from the one in which they carry out their crime, and even if they are caught, it may be difficult to prove their involvement in the crime if the victim did not recognize them or be photographed, indicating that the work team was using all What is available to prove the thieves ’involvement (such as DNA analysis in cases of spitting), and pointed out that“ the strategy applied by the center was able to determine the areas that pickpockets prefer to commit their offenses, which are near banks and exchange machines, and the most appropriate times for their implementation, which are hours Al-Sabah also managed to identify the targeted victims, who are the elderly, who are difficult to pursue the thieves, which made it easy to develop hypothetical crime scenarios before it happens.

He explained that the center fed the patrols and security teams with information, and formed a specialized team (Compass Security Team) to contain this phenomenon, and the team succeeded in controlling two gangs, the first consisting of four people, and the second of five people.

He pointed out that the index of these crimes has decreased from year to year, since 2018, when about 57 pickpocket crimes were recorded, then the number decreased to 31 in 2019, and the decline continued to reach seven crimes during the past year, and two crimes during the first quarter of this year.

Thalk said that the center has adopted a proactive approach in dealing with pickpocketing crimes or theft of bank clients, which relies on targeting the victims themselves, not just the criminals, stressing that the center has made an important leap in the field of crime prevention, especially in a commercial area such as Nayef, which contains many Banks, exchange companies and various financial institutions, pointing out that the center’s work teams have gained great experience in the field of monitoring potential victims, and reaching them before thieves.

He confirmed that a number of potential victims of theft crimes have been seized outside banks and exchange companies, including company employees and regular customers who are not committed to security and safety measures.

He pointed to an employee who was carrying more than a million dirhams in a plastic bag, rode a bicycle, exposed himself to theft, and appropriate legal measures were taken against him after bringing him to the center, including issuing a violation for not adhering to the procedures for transferring money.

He explained that companies should commit to assigning at least two employees the task of withdrawing and transporting money, so that one protects the other, in addition to the necessity of using a car to move from the bank to the company, and not walking on feet or using a bicycle, even if the distance is short.

He explained that the center provides direct awareness to bank customers on how to adhere to safe procedures, such as not counting money in front of strangers, or talking to people they do not know, or walking it a long distance, or getting out of the car in the event of receiving a warning from a person, because some thieves intend to Taking out the vehicle’s owner with various tricks, such as deluding him that there is a malfunction in the car’s tire, so that one of them can steal money while he is busy changing the tire.

• A bank customer carries one million dirhams in a plastic bag, and is traveling on a bicycle.

• 87% decrease in pickpocketing crimes … and the violation of those who do not adhere to the requirements for transferring money.

The technology behind the Iron Dome, the anti-missile system Israel uses to stop Hamas attacks