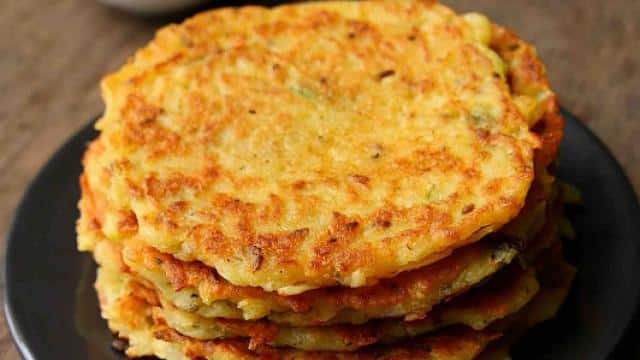 How to make potato cheela-
To make potato cheela, first mix grated potatoes, green chillies, coriander leaves, black pepper powder and salt in a bowl and mix well. Now heat the pan and add 1 teaspoon of desi ghee to it. After this, put the potato mixture in the hot griddle with the help of a spoon, spread the mixture in round shape with a thickness of ½ cm on the pan. Otherwise the cheela may break. Now cook the cheela till it turns golden brown from both the sides. Your potato cheela is ready. You can serve this fruit cheela with fasting chutney or curd.

Tamilnadu: After the death certificate, the dead man was kept in the freezer for 20 hours, after death, a case was registered. Defense Minister Rajnath Singh did arms worship in Sikkim, said – Indian Army will not let anyone take even an inch of land Bihar Election: BJP’s giving corona vaccine for free is not illegal, but also give information about the budget

Assam government said – government madrasas will be changed in schools, will not close private