Navalny will be transferred from the colony to the regional hospital 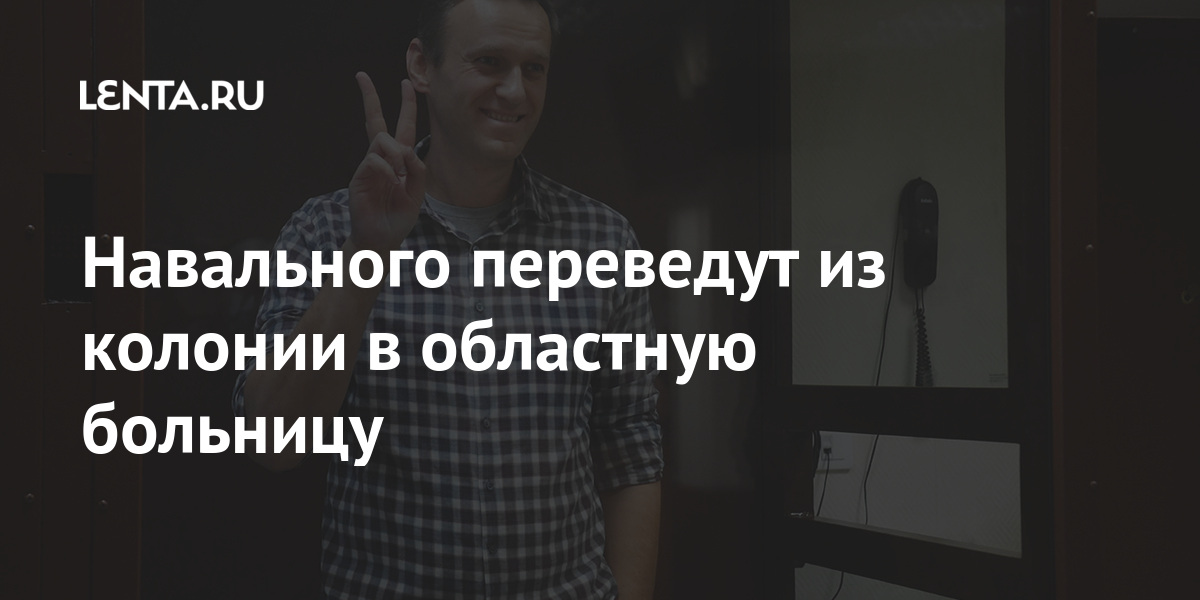 Alexey Navalny, founder of the Anti-Corruption Foundation (FBK, included by the Ministry of Justice in the register of organizations performing the functions of a foreign agent) will be transferred from the colony to the regional hospital. It is reported by RIA News with reference to the Federal Penitentiary Service.

The decision to transfer the patient was made by a commission of doctors of the medical and sanitary unit No. 33 of the Federal Penitentiary Service of Russia. It is noted that the hospital for convicts is located on the territory of correctional colony No. 3 in the Vladimir region.

Earlier, State Duma deputy Ruslan Balbek called the US statement on the consequences in case of Navalny’s death a farewell letter to the oppositionist. “The United States announced to the whole world that Navalny will not live long, they have already written him a ticket to the next world, just to spoil Russia,” the deputy said.

On April 13, the FSIN reported on Navalny’s health improvement, noting that he had been transferred from the medical unit to the colony’s detachment.

In early April, Navalny, who is serving a sentence in correctional colony No. 2 (IK-2) in the Vladimir region, was diagnosed with acute respiratory infections. The first reports of his deteriorating health appeared at the end of March. The regional department of the Federal Penitentiary Service said that the prisoner’s condition was considered satisfactory.