Navalni doctors demand to see him and warn of the serious deterioration in the health of the opponent, on hunger strike 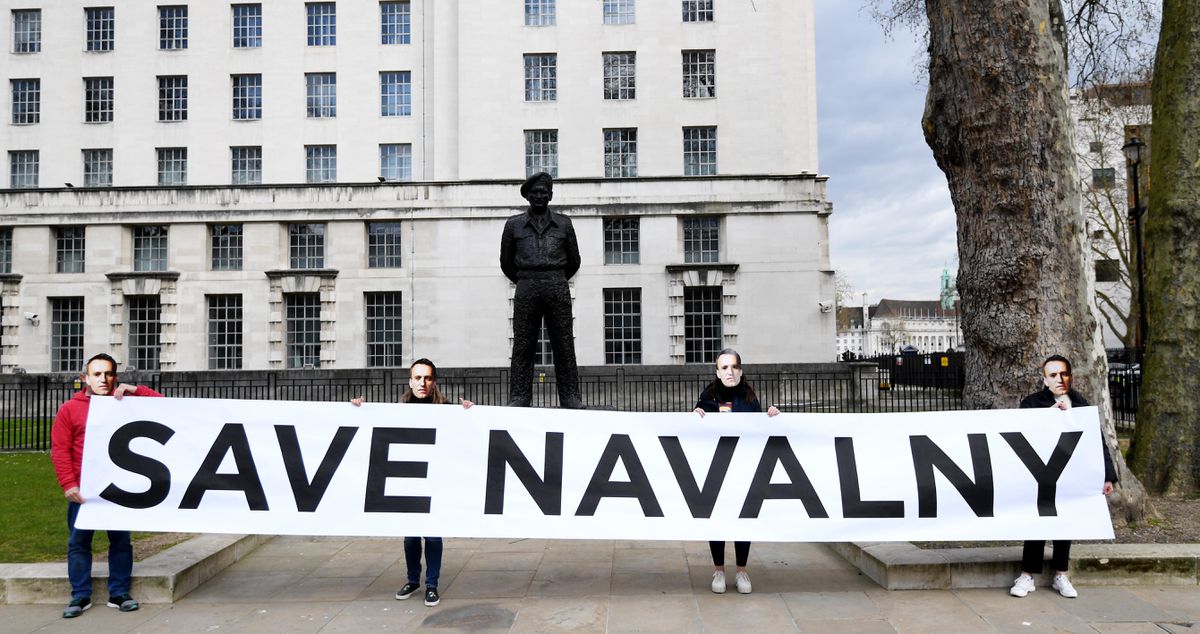 Alexei Navalni’s personal doctors have warned of the serious deterioration in the health of the Russian opponent, who has been on a hunger strike since March 31 to demand adequate health care. The anti-corruption activist’s medical team, imprisoned in a severe penal colony since the middle of last month and without access to independent health specialists, demand to be able to visit him. Navalni, remarked one of his doctors, Yaroslav Ashijmin, runs the risk of dying “at any moment.” “He should be in intensive care,” Ashijmin has warned, in a comment on social networks in which he shows the opponent’s analysis, which the family has agreed to publish.

The state of the most prominent critic against Vladimir Putin, who recovered from a serious poisoning last summer in Siberia after which the West sees the hand of the Kremlin and sentenced to three years in prison in a controversial case, worries the EU and the United States , who have demanded that the Russian authorities agree that medical specialists chosen by the opponent can review him. In an interview on CNN, the US national security adviser has warned Moscow that if something happens to the opponent, “the international community will hold them responsible.” “There will be consequences if Navalni dies,” he added.

The Kremlin denies any involvement in the poisoning of the opponent and maintains that the treatment of the prominent anti-corruption activist, 44, is adequate. Navalni’s team denounces, however, that the lack of proper care and treatment of Navalni in the penal colony is a “slow-motion assassination” by the Russian government. The opponent is in his third week on a hunger strike and a few days ago he declared, through his lawyers, that the prison management threatened to force-feed him.

On Saturday, Navalni spokeswoman Kira Yarmysh said she could die in “a matter of days.” And given the refusal of the Russian authorities to hospitalize the opponent in a center with independent professionals of their choice, and not only with the sanitarians of the prison or designated by the prison authorities, his supporters have called new protests for this Wednesday, the same the day Putin is scheduled to deliver his State of Russia address.

The Kremlin closes in on the opposition leader’s allies as his health deteriorates within the walls of the IK-2 penal colony, about 100 kilometers from the Russian capital, where he is serving a sentence for violating the terms of the probation of a sentence for An old fraud – and which the Strasbourg Court declared “arbitrary and unfair” four years ago – precisely because he was in Germany dealing with the very serious poisoning that almost cost him his life. On Friday, the Russian Prosecutor’s Office asked a Moscow court to declare the Navalni Anti-Corruption Foundation and its campaign headquarters as extremist organizations. A designation, his supporters warn, that can lead to criminal prosecution and imprisonment of his employees and volunteers.

Navalni began to complain of severe back pain shortly after arriving at the penal colony, where he reported that he was subjected to sleep deprivation torture, waking him up every hour at night to verify that he had not fled, despite the fact that the opponent He returned voluntarily from Berlin last January knowing that in all probability he would be arrested as soon as he arrived in Moscow. Back pain was compounded by numbness first in one leg and later in both and in the hands. Doctors believe that he has a herniated disc, but his personal health workers also do not rule out that he suffers the effects of the summer poisoning with Novichok, a neurotoxin for military use from Soviet times. The opponent has also declared that he cannot rule out that they continue to poison him. Thus, when the prison authorities refused to allow a visiting doctor to treat him, he went on a hunger strike.

This Sunday, the French Foreign Minister, Jean-Yves Le Drian, remarked that the health of the opponent is in the hands of Putin. Also the high representative in Foreign Policy, Josep Borrell, expressed his “deep concern” about the reports on the deterioration of Navalni. The EU asks Russia, said Borrell in a statement, which guarantees the opponent “immediate access to medical professionals they trust.” Political voices also join the demands of dozens of public figures, including five Nobel Laureates for Literature, in urging Putin in an open letter to ensure immediate medical treatment for Navalni.

According to the Oxford study claiming the risk of thrombosis: BioNTech publishes statement - with clear results

Golden Festival Rauma is rubbish after the championship party, but okay – The police checked the order and tells why it did not intervene in violating the restrictions