Nature The melting of the Greenland mainland will have a lasting effect on its ability to bind water, says a new study 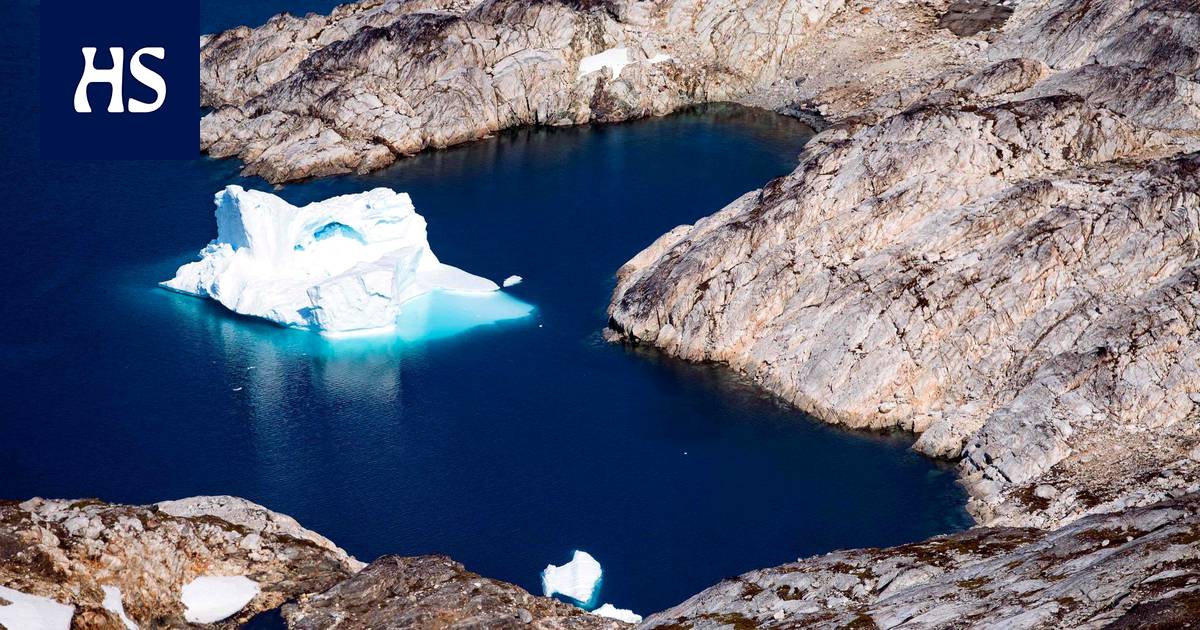 The study examined how the major meltdowns in 2012 affected the continental glacier. Even a huge glacier can change permanently from a single extreme phenomenon.

Greenland the exceptional melting of the continental glacier in 2012 left a lasting mark on its ability to store future meltwater, according to a report released on Tuesday research. In the summer of 2012, an exceptional heat wave caused extensive melting on the continental ice.

According to the researchers, the result is proof that rare and exceptional weather phenomena can permanently shape the world’s glaciers and thus be reflected in sea level rise.

Continental ice areas that have avoided heavy melting can store meltwater to a depth of about 50 meters, preventing the water from continuing its journey to the sea. However, the 2012 meltwaters had frozen into slippery ice, which can accelerate ice movement and cause boulders to move into the sea.

In some areas of the mainland, storage capacity had been reduced to only five meters. Scientists see this as a sign that a single melting will not only raise sea levels in that year but also cause permanent structural changes to continental ice.

A team of researchers working in the United States utilized modern modeling technology to study the radar data collected by NASA from 2012–2017.

Greenland the continent has experienced five record melting seasons since 2000. The last of these was in 2019.

As the polar regions heat up much faster than the rest of the planet, more regular and harsh heat cycles in the Arctic will accelerate the melting of Greenland.

Assistant Professor of Geophysics Dustin Schroeder Stanford University points out that large and stable continents could be imagined to survive a wide variety of weather. However, according to him, research shows that even individual extreme weather events can have a significant impact on continents.

The water contained in mainland Greenland could raise the world’s sea level by about six meters. Together with Antarctica, it is one of the most complex elements to be included in climate models.

In Hamburg-Wilhelmsburg: Large-scale operation of the fire brigade in Veringstrasse - fat explosion!

Myasnikov assessed the impact of magnetic storms on health

Mohammed bin Rashid for the Climate Summit: The UAE will participate in the “Agricultural Climate Innovation” project