Nature “Perhaps the biggest ever” whale carcass was found off the coast of Italy, the animal was towed to Naples to be examined 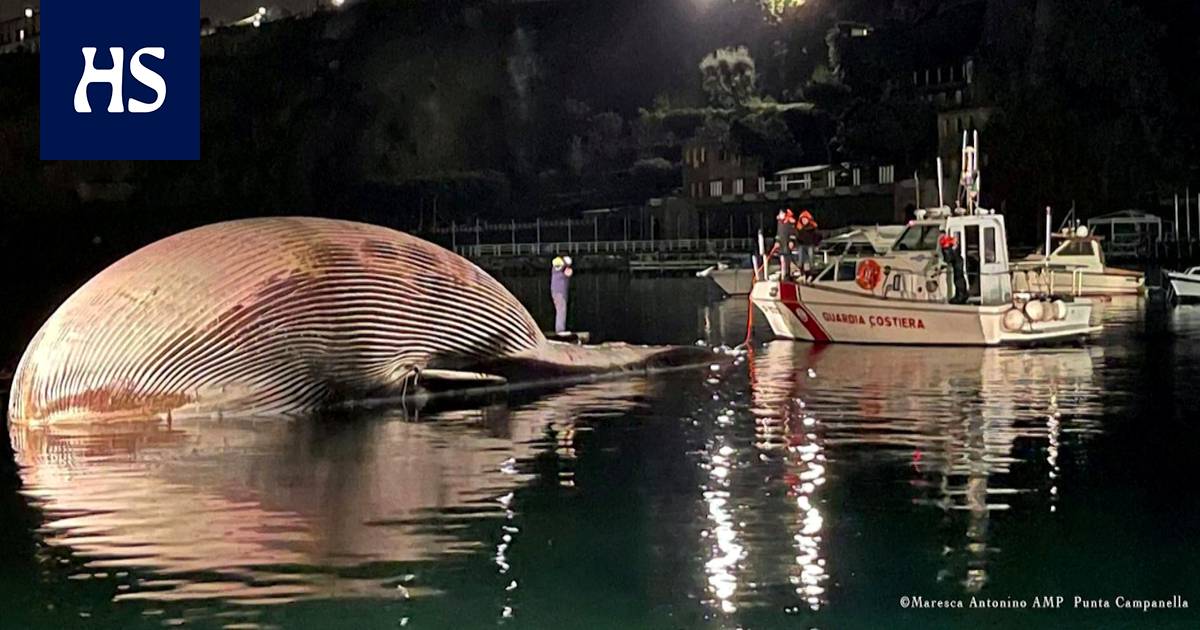 The dead whale was found after the Coast Guard had tracked the movements of the smaller whale in the area.

Coast Guard divers found a large whale carcass on the south coast of Italy in the Gulf of Naples on Sunday. The whale is possibly the largest ever found dead in the Mediterranean, according to authorities. The whale is said to weigh about 70 tons.

Shortly after being found, the carcass surfaced. It was decided to tow the whale from Sorrento to the port of Naples, which took three days. The whale will be examined and the cause of its death determined.

Authorities according to the carcass was found when the area was first found to be lost in the seemingly moving smaller whale. It is considered possible that this whale, which later disappeared from the radar, would be the offspring of a dead whale. Attempts have been made to search for a smaller whale after its disappearance.

The skeleton of the great whale will be exhibited later, says Britain broadcaster BBC.

Housing tops the list of priorities for good leadership

The proposal for Holy Week: lockdown 14 days, curfew and no celebrations