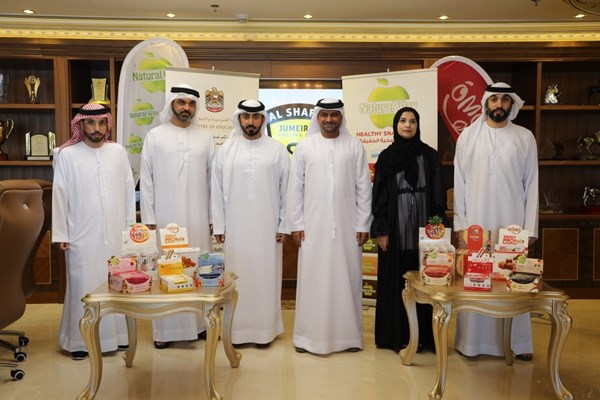 Dubai (Union)
The Al Shafar Jumeirah Cycling Team signed a new sponsorship contract for one year with the Natural Way Company for healthy food products, a national company and a member of the Mohammed bin Rashid Foundation to support youth projects. Under this agreement, the company will provide food products for the team for a year, and the agreement was signed at the headquarters Al Shafar Group of Companies in Dubai.
The press conference was attended by Osama Al Shafar, founder of the Al Shafar Jumeirah team, president of the AFC, Noora Al Jasmi, director of marketing in the team, Abdel Nasser Omran, the team manager, and on the side of the sponsoring company, CEO Ibrahim Al Marri, director of the company Ahmed Akbari, in addition to a number of officials from both sides.
Noura Al Jasmi thanked the sponsoring company for its presence with the strongly emerging team in local races, which cares about the national players, noting that this sponsorship will certainly accrue to the team in a positive way, and contribute to attracting a number of stars.
Osama Al Shafar thanked the sponsoring company, pointing to his pride in these national products, which have become a landmark in the UAE market, stressing his full support for the company to work with the team during the sponsorship period, and indicated that there are other plans for the Al Shafar Jumeirah team that will be revealed during the coming period.