Natura Siberica was forced to stop work and stopped production 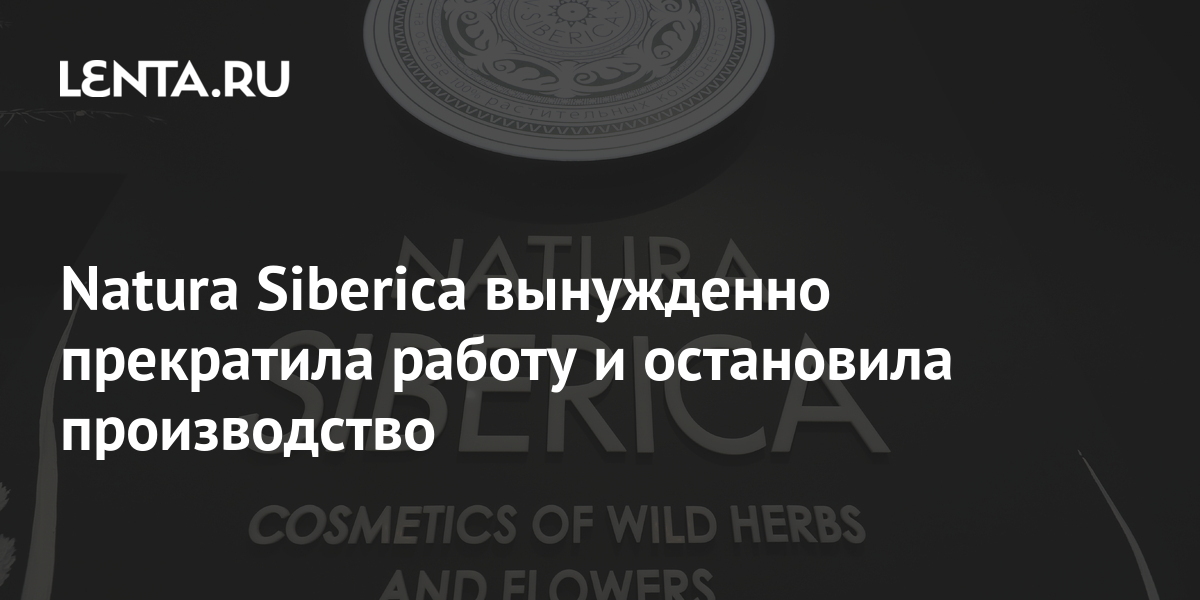 Natura Siberica was forced to shut down 80 stores, stopped production and sales of its own brands. This was stated by the president of the organization Sergei Builov, his words are quoted Forbes…

We are forced to temporarily stop using these trademarks in our activities pending clarification of the legal position and all the circumstances of the transfer of the most valuable assets of the group abroad. We hope that these, of course, forced actions on our part will be temporary, and soon the production and sale of products will return to their usual routine.

Builov noted that the reason for the incident was the activities of the co-owner of Natura Siberica and the wife of the founder of the company, Andrei Trubnikov, who died in 2021. She notified the main legal entity of Pervoye Reshenie LLC about the termination of the license agreement for the use of the brands Natura Siberica, Granny Agafia’s Recipes, Organic Kitchen and others, and threatened a criminal case for their production without permission and the withdrawal of goods from circulation as counterfeit.

Thus, the cosmetics company cannot continue as the brands are registered with OU Good Design. The company’s management expressed hope for an early resolution of the situation.

Expressing an obvious personal dislike for the legally elected management of the Russian part of the Natura Siberica group, Trubnikova did not think of anything better than to paralyze our production and sales.

The company’s problems began after the death of its founder and owner, Andrey Trubnikov. The heirs began to divide the structures of the businessman, against this background, the employees of Natura Siberica announced a rough seizure of the enterprise.

The conflict came to the public plane after Sergey Builov was appointed to the post of president of the company on August 11; This decision was made by the new CEO of the company Dmitry Ganzer.

The situation worsened when, in mid-August, Natura Siberica employees complained about the actions of the new president, Sergei Builov. In an open letter, they pointed to the blocking of passes to the office of Irina Trubnikova, the wife of the founder of the company and its founder, as well as her son Dmitry Trubnikov. The authors of the letter claim that “the methods of a gross raider takeover of the company this time are so obvious that they cannot be hidden, explained or justified.” The staff said they oppose the new leadership and refuse to work with it.

The representative of Irina Trubnikova stressed in an interview with Forbes that Builov’s statement can be regarded as surrender.

With his recognition, he signs in the inability to manage companies of the scale of Natura Siberica and in his incompetence as a leader.

Trubnikova herself has not yet made official comments on what is happening.

If you missed action, puzzle and platforming adventures, Psychonauts 2 seems made for you – PC