NATO Summit: Brussels, a fortress for Joe Biden and a headache for the Belgians 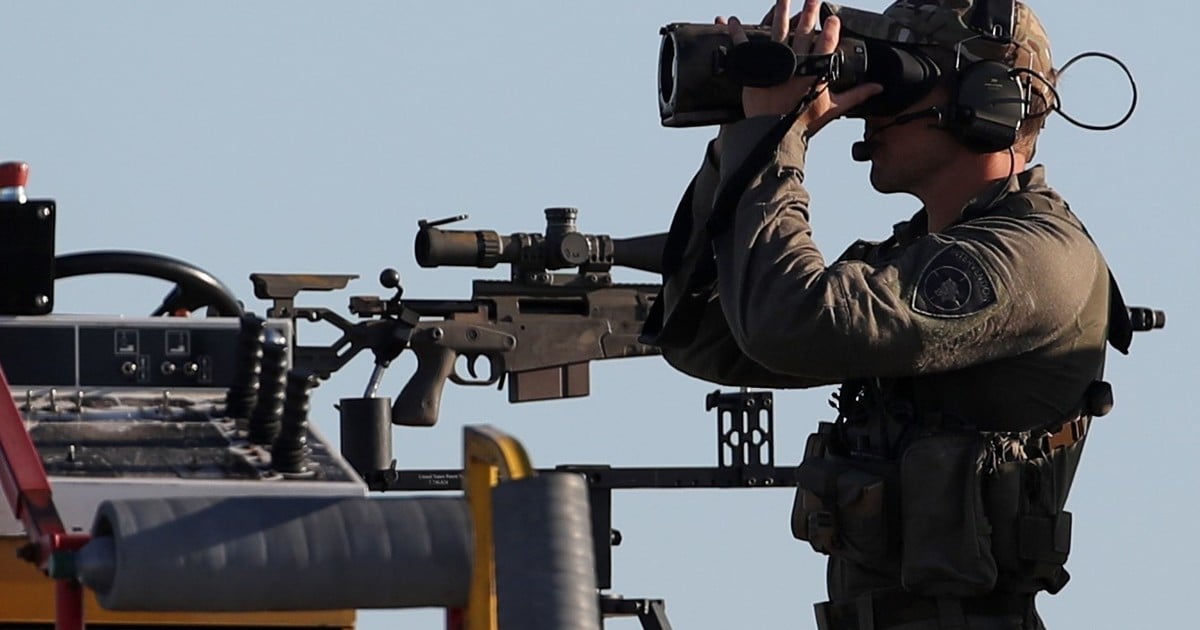 Brussels must be the city on the entire planet that organized the most international summits until the pandemic turned them into video conferences. The vaccination makes these meetings come back little by little and the “European capital” recovers its habit of high-level meetings with little evidence of the citizens. Until an American president arrives.

Joe Biden’s visit this Monday and Tuesday put the Belgian capital in fortress mode and activated a series of security measures that turned mobility into an exercise in infinite patience. The areas near NATO and the US Embassy are completely sealed off.

Biden arrived on Sunday night and went directly to the Embassy of his country, a building that has been with extreme security measures for years and that is located a few minutes walk from the Royal Palace in the center of Brussels. His two visiting days are organized to the millimeter and the noise accompanies it because as soon as the caravan of cars moves helicopters do it.

Air Force One arrived on Sunday at 9:00 p.m., with Biden on board and with the Secretaries of State (Anthony Blinken) and Defense (Lloyd Austin) but not with Jill Biden. The President’s Wife flew straight back to Washington after the G7 meetings. At NATO summits there is no tradition of being accompanied by First Ladies or Knights.

Air Force One doesn’t fly alone. He does it accompanied by another big cargo plane (Somewhere he has to fly ‘The Beast’, the mammoth car used by American presidents and that includes armor chemical attack proof and heavy caliber shots) and another in which the accredited press flies to follow the US president.

Belgian authorities they do not communicate the itineraries precious Biden, but the Police did indicate since Sunday the streets and avenues that could be affected by traffic cuts, including some of the main internal axes of Brussels such as Rue de la Loi, Rue Belliard, Boulevard de Waterloo or Avenue de la Toison d’Or.

The police statement said: “in the next three days –from Sunday to Tuesday- several tunnels will be closed to traffic. We advise the population to avoid these places by car and to use public transport as much as possible ”.

All the streets around the American Embassy They are closed And activities such as package deliveries, bar terraces or depositing garbage bags on the street were prohibited in that entire area until Wednesday. The buildings in front of the Embassy must maintain windows closed.

This Monday the activity will focus on the new NATO headquarters, inaugurated in 2019. The headquarters of the Atlantic Alliance is located in the Haren district, halfway between the center of Brussels and the airport. The leaders were arriving from noon and the family photo was taken shortly before 2:00 p.m.

The family photo from the NATO summit in Brussels. Photo: AP

Only a few hundred journalists – mainly the big agencies and the big media of the States that are part of NATO- received invitation to cover the meeting from the inside.

Is due to coronavirus control measures because normally we would be more than 1,000 accredited journalists.

There is no information about demonstrations against the summit, but to avoid possible altercations, the Brussels Police have already organized what it calls a “free expression zone”, a point at which demonstrations are allowed and that it will be under police surveillance.

In 2017, when Trump first visited Brussels, there were protests that led to altercations and the arrest of more than 100 people.

A policeman patrols the area around the summit. Photo: AP

There was nothing on Biden’s schedule for Monday night, not even a visit to one of the exquisite Belgian chocolatiers.

The disturbances will continue this Tuesday. At 11:00 a state visit to the King of the Belgians Felipe II is scheduled, who will be held in the Royal Palace in the presence of Prime Minister Alexander De Croo and Chancellor’s Minister Sophie Wilmès.

The Belgian Royal House prepares all the formal attentions, until the reception by the Royal Guard. This visit will close all the surroundings of the Royal Palace to the public.

Shortly after 2:00 pm the “Biden Tour” should end in the Belgian capital and the ‘Air Force One’ will take off for Geneva, where this Wednesday he will have the last stage of his European trip, the meeting with Russian President Vladimir Putin.