NATO reinforces its defense capacity against the accumulation of Russian troops 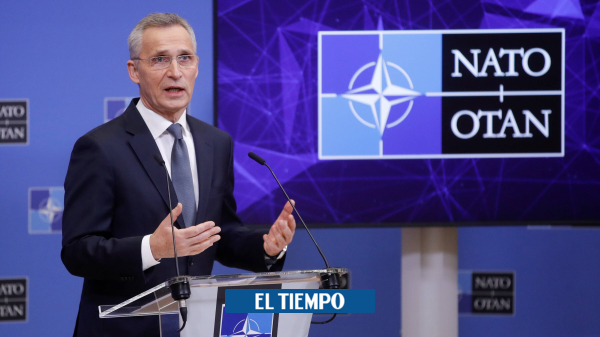 Amid the tension on the Russian-Ukrainian border that the world is watching, the countries of the North Atlantic Treaty Organization (NATO) reinforced the defense capacity of Europe’s eastern flank, sending planes and ships to counter Russian troop buildup.

This was announced by the institution on Monday.

The alliance countries “are putting forces on standby and sending additional warships and warplanes to NATO deployments in Eastern Europe, reinforcing deterrence and defense,” NATO said in a statement.

“NATO will continue to take all necessary measures to protect and defend all allies, including strengthening the eastern part of the alliance,” said the head of the military bloc, Jens Stoltenberg.

(You may be interested in: Tension with Ukraine: Russia responds to accusations from the United Kingdom).

In this way, it was stated that Spain “is sending ships to join NATO naval forces and is considering sending fighter jets to Bulgaria,” among other initiatives.

“Denmark will send a frigate to the Baltic Sea and deploy four F-16 fighter jets to Lithuania in support of NATO’s aerial surveillance mission in the region,” the military alliance reported.

See also  'Miss Nobody': they reveal the identity of a girl found dead 62 years ago

Likewise, that France “has expressed its willingness to send troops to Romania under NATO command.”

(Also read: US orders diplomatic families out of Ukraine).

Meanwhile, the Netherlands they will send “two F-35 fighter jets to Bulgaria starting in April to support NATO air surveillance activities in the region, and will put a ship and ground units on standby for the NATO Response Force.”

The main ally U.S “It has also made it clear that it plans to increase its military presence in the eastern part of the alliance,” Stoltenberg said.

– Is the pandemic over in Europe after omicron? This says the WHO

– Italian Parliament begins the election of the new president

Artur Mas distances himself from the Centerm project