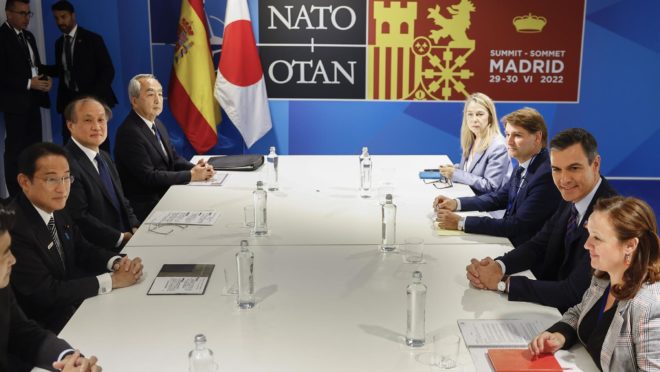 NATO Summit has been meeting since Tuesday (28) in Madrid, Spain.| Photo: EFE/Sergio Pérez

NATO leaders decided this Wednesday (29), at the summit they are holding in Madrid, to invite Finland and Sweden to become new members of the military alliance, after Turkey lifted its veto on the accession of the two Nordic countries.

“Today, NATO leaders made the historic decision to invite Sweden and Finland to become members of the alliance,” NATO Secretary General Jens Stoltenberg told a news conference in Spain.

The Norwegian politician indicated that the agreement concluded on Tuesday (28) between Turkey, Finland and Sweden “paved the way” for the decision taken this Wednesday. Turkey was opposed to the accession of Finland and Sweden, because it considered that the two countries supported Kurdish terrorist organizations.

Finland and Sweden will only be covered by the alliance’s collective defense principle when the entire ratification process is completed, confirmed by the organization’s 30 countries.