National, since the departure of Reinaldo Rueda: zero leagues and bad outside 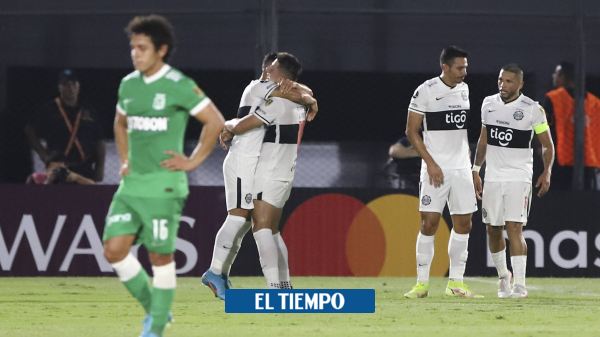 Atlético Nacional touched the sky in mid-2016, when they won their second Copa Libertadores. That year he also reached the final of the South American, which he could not play due to the tragedy that cost the lives of most of the team of his rival, Chapecoense, from Brazil.

In June 2017, after leaving Nacional as league champion, Rueda signed with Flamengo, from Brazil, and since then, there have been more dark moments than joys at the green club.

The club has tried different formulas and has not been able to match what it achieved during Rueda’s time with the team. Alejandro Restrepo joined this Monday the list of coaches who leave Nacional without achieving the proposed objectives.

(Also read: The day Diego Maradona rejected a meeting with Putin and insulted him)

This is the review of the Nacional coaches in the last five years and the summary of their campaigns:

The Spaniard, today Josep Guardiola’s technical assistant at Manchester City, came looking for revenge after his time with Millonarios, whom he led to a semifinal in 2014-I, but then had to leave due to poor results. The passage through Nacional was not auspicious: after the elimination in the quarterfinals against Deportes Tolima in the 2017-II League, the coach left the institution.

The Argentine arrived with the badge of having reached the final of the Copa Libertadores with Lanús in 2017. Although he had good figures at the helm of the club, he failed in all the important moments: he lost the Superliga against Millonarios, he fell in the final of the League against Tolima in shots from the penalty spot, after winning it until the 90th minute of the second game; and in the Copa Libertadores they advanced to the round of 16, to later be eliminated against Atlético Tucumán in that instance. There he finished his step.

See also  Nuria Saba launches a video clip for "Strange Animals": "It's a side of me, intimate and vulnerable"

Nacional took his time to choose Almirón’s replacement and while that was happening, Hernán Darío Herrera, an old glory of the club, remained as interim coach. He was champion of the Colombia Cup that year, defeating Once Caldas in the final.. He handed over the position to Paulo Autuori before the last date of the round robin phase of the 2018-II League, with the team in seventh place. The following date he was eliminated from the finals.

(Also: Álvaro González responds to Carlos Queiroz and maintains that he resigned)

Champion of the Copa Libertadores with Cruzeiro in 1997 and with Sao Paulo in 2005, Autuori made an entry mistake: assuming the technical direction just before the last date of the all-against-all phase. He tied with Leones, which was already relegated, and was eliminated. The following year he had problems hiring players due to the dispute between Nacional and Cortuluá over Fernando Uribe. He did not reach the group stage of the Copa Libertadores, then lost against Fluminense to miss out on the Suramericana, which cost him his job.

Juan Carlos Osorio’s first stage in Nacional had been very good: three consecutive league titles and a Copa Sudamericana final in 2014, in addition to planting the base that Rueda later picked up to lead the team to win the Libertadores. But his second step was not the same: in the second half of 2019, he ranked first in home runs, but the team fell in the finals. In the Copa Colombia that year, Tolima eliminated him in the quarterfinals. By 2020, the results were even worse: he was eliminated from the Copa Sudamericana by River Plate from Uruguay in the second round and the win against Millonarios in El Campín (3-0) accelerated his exit.

The Brazilian nationalized in Costa Rica, a World Cup coach, also came with the background of having made America champion in 2019-II. From the outset, he failed in the 2020 Copa Colombia, which was completed in early 2021: he lost to Tolima in the quarterfinals. Nor did he do well in the Copa Libertadores, in which he surpassed the previous phases, but then he was last in group F, in which were Argentinos Juniors, Universidad Católica de Chile and Nacional de Uruguay. In the League he repeated the story of his predecessors: he qualified first in the all against all, only to later fall apart in the quarterfinals: he was eliminated by La Equidad.

Restrepo had already had two steps as interim DT: in 2019 the team received Autuori, but he could not straighten the path. In 2020 he replaced Juan Carlos Osorio and led the quarterfinals, which Nacional lost against América. Already for the second half of 2021 they bet on him as the starting DT, with the same result as the previous ones: first in the all-against-all phase, deflated in the finals. Despite this, they retained him to now fire him after nine days and a painful defeat against Olimpia in the Libertadores. Of course, the title of champion of the Colombia Cup remains on his resume, in which he beat Pereira in the final.