National security A picture of an Afghan friend uploaded to Some proves that there is no innocent data, says a recent safety working life professor 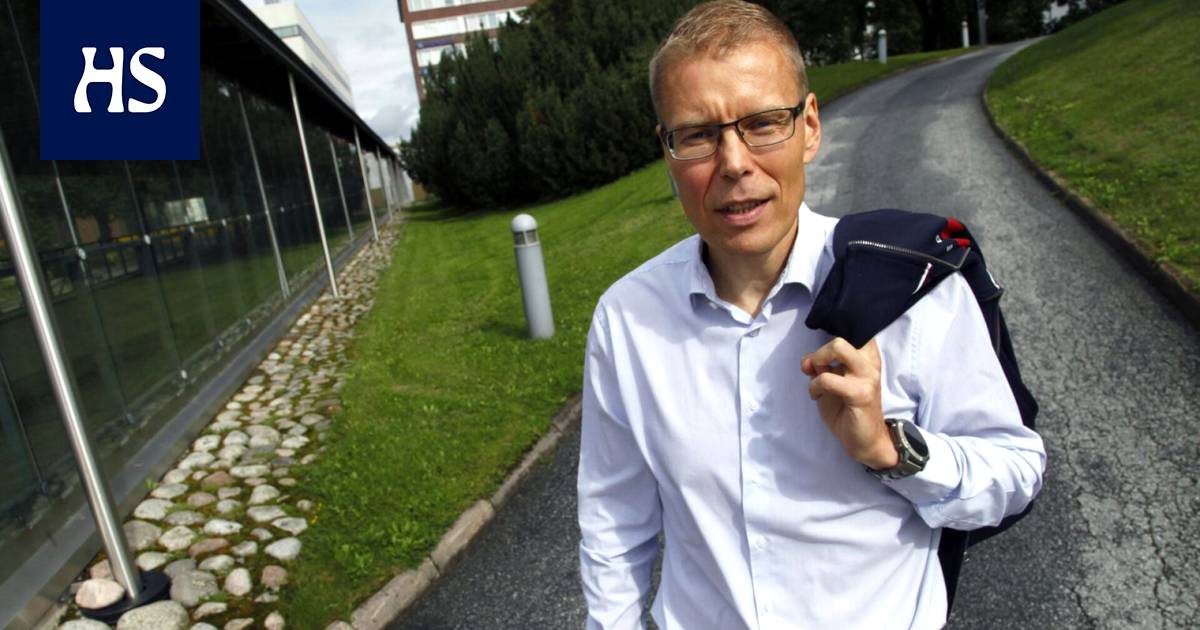 Valtteri Vuorisalon from the voice to hear genuine enthusiasm.

“I have always had two loves outside my family: security policy and information technology. I’ve been spinning with the two for over 20 years. When you have three small children, you have a lot of free time to do all sorts of things, ”he jokes.

Vuorisalo has just started at the University of Tampere as Finland’s first professor of national security and security policy. Pesti is five years old and part-time.

“We are on the brink of major change. We are living in an extremely interesting time, ”says Vuorisalo.

Working life professorships are still a relatively new phenomenon in the Finnish university world. Their purpose is to bring practical working life closer to university teaching and to strengthen the social interaction of universities.

Technology is increasingly affecting safety, emphasizes the Dean of the Faculty of Management and Economics at the University of Tampere Matti Sommarberg.

“The theme is growing and relevant. A working life professorship is a flexible tool for a new issue, ”he says.

“The topic is changing and rising. There is a limited supply of willing and suitable people. Vuorisalo has the perfect background for this, which is why we decided to call him. ”

University of Tampere is Vuorisalo ‘s alma mater, or home university, where he has argued Doctor of Social Sciences. The actual bread work is in the consulting company Accenture, where Vuorisalo manages the Tampere office and is responsible for national security customers.

“My career has been that I have visited peacekeeping missions a few times, consulted the Defense Forces and the security sector, and made a dissertation on the defense industry in particular and on how to innovate and create something new,” he sums up.

Vuorisalo is a Visiting Fellow at the Department of Military Science at King’s College London. There is interest in Vuorisalo’s special passion, which will soon be shared by the students of the University of Tampere:

Vuorisalo says he doesn’t have to think about his goals for the next five years at the University of Tampere. They come directly from the employer: teaching, research, and social interaction.

“At the heart of all three are the transition to a data-centric society and the implications of the transition. That is what I will focus on in teaching and research. The social interaction is that it brings this view to the fore. ”

Data centricity may sound abstract and difficult, but it has become an increasingly central concept in the security and defense sectors in recent years.

For example, the U.S. Pentagon, the world’s leading military power, released a new information management or data strategy less than a year ago. The vision written in the strategy is that the Pentagon will be a data-centric organization in the future.

Twisted from iron wire, this means that data is seen as a strategic resource that is effectively implemented on battlefields. The war is won by the one who is able to collect the most data and is able to modify it for their use.

Last over the years, military scientists have spent a great deal of time researching network-centric warfare. So what is the difference between network and data centric?

“In network-centric warfare, the role of data in performance is to enhance the efficiency of an operation or system, such as a military aircraft,” says Vuorisalo.

“In a data-centric world, it goes the other way. The function of a function, system, or device begins to be that it intercepts data and protects the data flow, which is, in fact, the primary key to operation and efficiency. Not so much the device that was wanted to be more efficient in network-centric warfare. ”

The war is won by the one who is able to collect the most data and is able to modify it for their use.

Data centricity is evolving rapidly and the global security environment is constantly changing. The end result is a complex world full of surprises that are difficult and even impossible to prepare for.

“Overnight, the children’s playground changed Pokémon Go -battle arena, and no one asked or even could ask anyone for permission. The space planned by the municipality became completely different and suddenly filled with teenagers and adults with their phones. ”

“I just want to highlight how suddenly and quickly a familiar physical space experience can change. There is not even a way to prepare for this. ”

Vuorisalo recalls that humanity is now in a situation where everything is remembered. It creates surprises.

A recent example of the loss of data innocence are still recently uploaded to social media photos of Afghan friends, acquaintances, or relatives. Indeed, after the extremist organization Taliban came to power, they could suddenly be a life-threatening risk to those described.

“We’re on the verge of something new.”

Photo of Tomateros in Tokyo 2020 could have repercussions