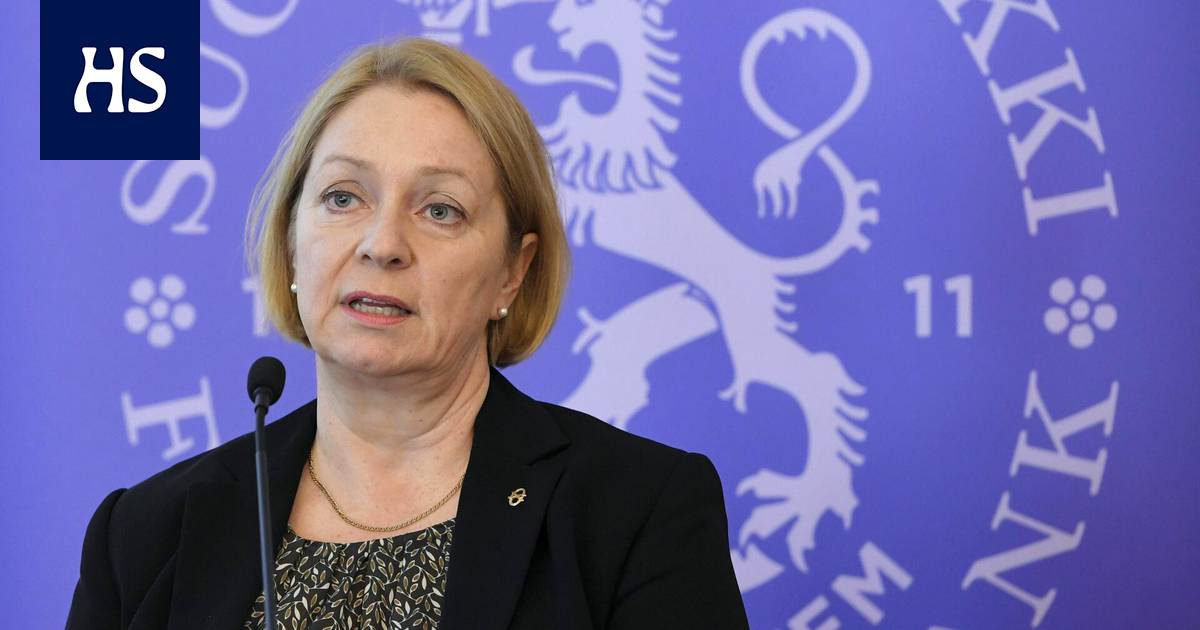 Finnish banks are solvent, but not all the effects of the coronavirus pandemic on banks and companies have yet been seen.

Household long-term indebtedness threatens to weaken Finland’s ability to cope with future economic crises, the Bank of Finland estimates. Mortgage lending has picked up since last summer and increased the debt burden of households.

“From the perspective of financial stability, the increased indebtedness of Finns and especially the proliferation of long-term mortgages is worrying”, says the Deputy Chairman of the Board of the Bank of Finland Marja Nykänen in the bulletin.

Household According to the Bank of Finland, the risks of high indebtedness should be reduced by an income-linked debt ceiling and by limiting the maximum length of new mortgages.

The debt ceiling, ie the maximum debt ratio, means that the total debts of the person applying for a loan or the household would include mortgages, housing company loans and consumer loans. These aggregate total liabilities would be divided by the aggregate gross annual income of the loan applicants, i.e. salary, capital and benefit income before taxes and deductions.

“Increasing household indebtedness and loosening of new mortgage terms are increasing the need for new macro-prudential instruments. The debt ceiling and the length limit on mortgages should be introduced without delay in order to stop the easing of loan terms, ”says Nykänen.

Bank of Finland new macro-prudential instruments should target loans from both banks and other lenders. The central bank also points out that the share of housing company loans in household debt has continued to grow.

“Housing company loans can obscure home buyers’ perceptions of the total cost of housing and entice them to buy expensive homes relative to their own debt and debt service capacity.”

Working group set up by the Ministry of Finance proposed as early as October 2019 several restrictions to curb household indebtedness.

New mortgages in Finland are usually about 25 years long, but 30-year and 35-year mortgages have become more common in the last two years.

In the big picture According to the Bank of Finland, the Finnish economy survived the coronavirus pandemic with less damage than expected, and the pandemic has not undermined the ability of the financial system to function.

Strong monetary and fiscal stimulus, bank loan flexibility, direct business support and easing of macro-prudential requirements and other banking regulations have eased the plight of households and businesses.

Despite the pandemic, the profitability of Finnish banks improved last year. According to the Bank of Finland, the banking regulatory reforms implemented in recent years have significantly strengthened the solvency of banks around the world.

“Finnish banks are solvent and have been able to lend to companies and households during the corona pandemic,” says Nykänen.

The rise in housing prices is exacerbating housing market imbalances, especially in Sweden and Norway.

Despite all this, banks’ losses on corporate loans have increased less than expected during the pandemic, according to the Bank of Finland.

However, it emphasizes that credit growth must be prepared for, as it will be delayed even after the worst of crises. The full impact of the coronavirus pandemic on banks and companies has not yet been seen.

Frank Talking: I’m sorry, but could you please say that again?