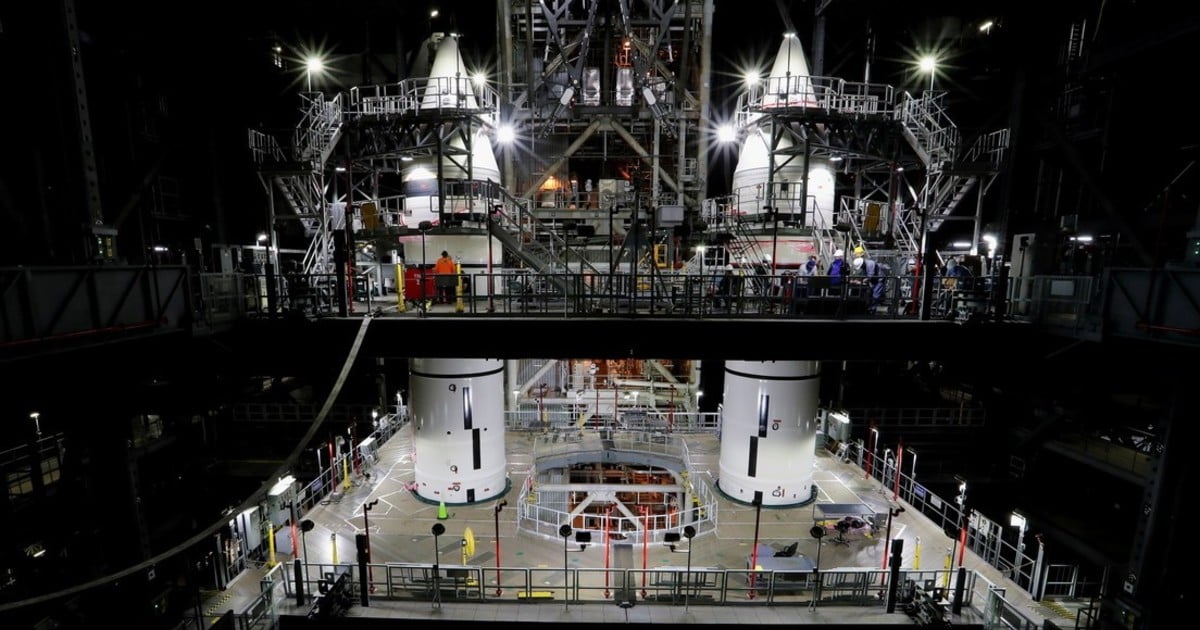 Is he most powerful mega rocket from NASA history. And, for the first time, the Space Agency showed its three main elements together in the launch position.

The engineering team of the Kennedy Space Center of Florida, in the United States, finished lowering the stage or central platform of 65 meters from its mega rocket SLS, sandwiched between two smaller 54-meter solid rocket boosters (SRBs).

Both the rocket and the SRBs are taller than the Statue of Liberty without a pedestal.

How is the rocket

The central phase houses propellant tanks and four powerful engines, flanked by the two SRBs that provide most of the thrust force to propel the SLS from the ground in the first two minutes of flight. RT site.

The Kennedy Space Center crews used a specialized crane to lift the center stage, bring it upright, and then lower it into place between the SRBs, on the so-called mobile launcher.

This is a structure that serves as a platform, but also as key energy supplier, communications, refrigerants and propellant for the rocket and spacecraft prior to launch.

Last March, the center stage engines were successfully fired for about eight minutes.

After lifting the central platform, they placed it in an upright position.Photo: NASA

When will the mission leave

NASA plans to make the inaugural flight of the SLS later this year. During the mission, known as Artemis-1, the SLS will take Orion to the Moon, the American Next Generation Crew Vehicle, although this time will not have astronauts on board.

When completed, the SLS will be the most powerful rocket ever built by NASA with which astronauts will be able to explore faraway destinations in the solar system.

In the future, NASA hopes to bring humans to the moon, within the framework of the mission called Artemis-3, what will be the first mission of its kind since Apollo 17, in 1972.