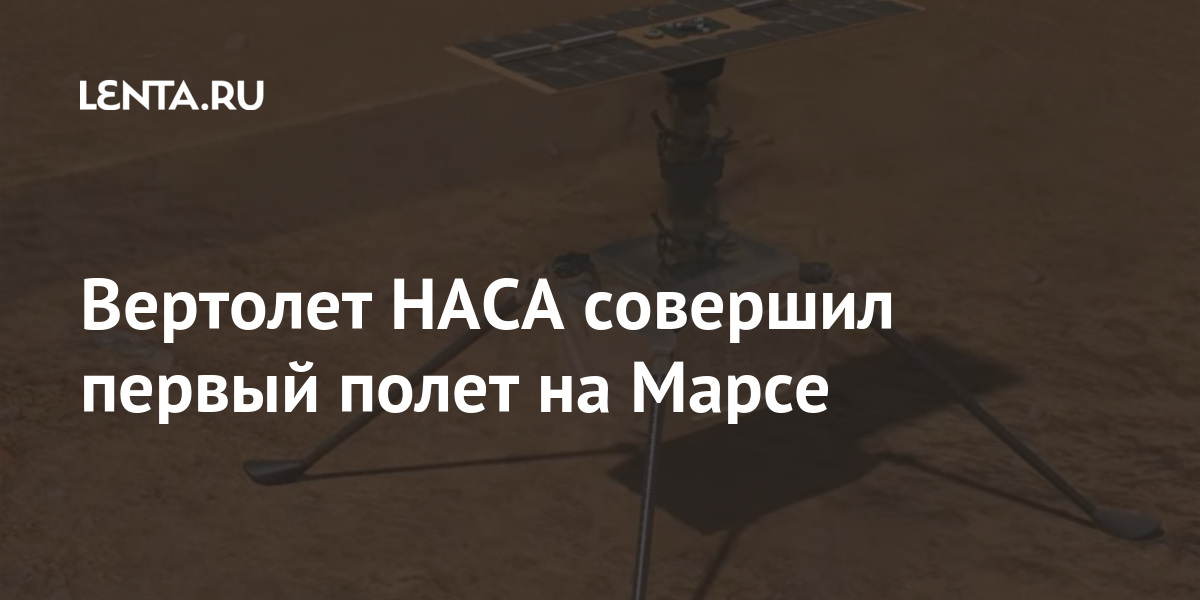 The flight took place early in the morning, and the broadcast began at 6:15 am ET. According to the timetable, the flight took about 40 seconds. Later, the NASA command center received telemetry data and a picture from the Perseverance rover. Official Twitter– the national space agency’s account welcomed the successful completion of the test flight.

Ingenuity’s first flight was preceded by the modeling and planning work of NASA engineers. The atmosphere of the Red Planet is more rarefied than the atmosphere of the Earth, which is why the helicopter motor must exert more effort to lift it into the air. It is noted that the blades of the drone move at a speed of 2500 rpm, while 400-500 rpm is enough for a helicopter on Earth.

Ingenuity is equipped with a more powerful processor than Perseverance, which receives commands from the ground and processes the data received from the cameras. Thanks to the helicopter, specialists can study mountain heights and depressions, which, for obvious reasons, cannot be reached by the rover.

On April 7, NASA representatives announced that the test flight of the helicopter on Mars will take place no earlier than April 11, then the dates were shifted by a week. The Mars helicopter weighing 1.8 kilograms was originally located inside the Perseverance rover, but then separated from the rover.

Alcohol Koskenkorva and Jaloviina are getting a new home: Authority approves the birth of a Nordic liquor giant

Schools prepare for the return to full presence