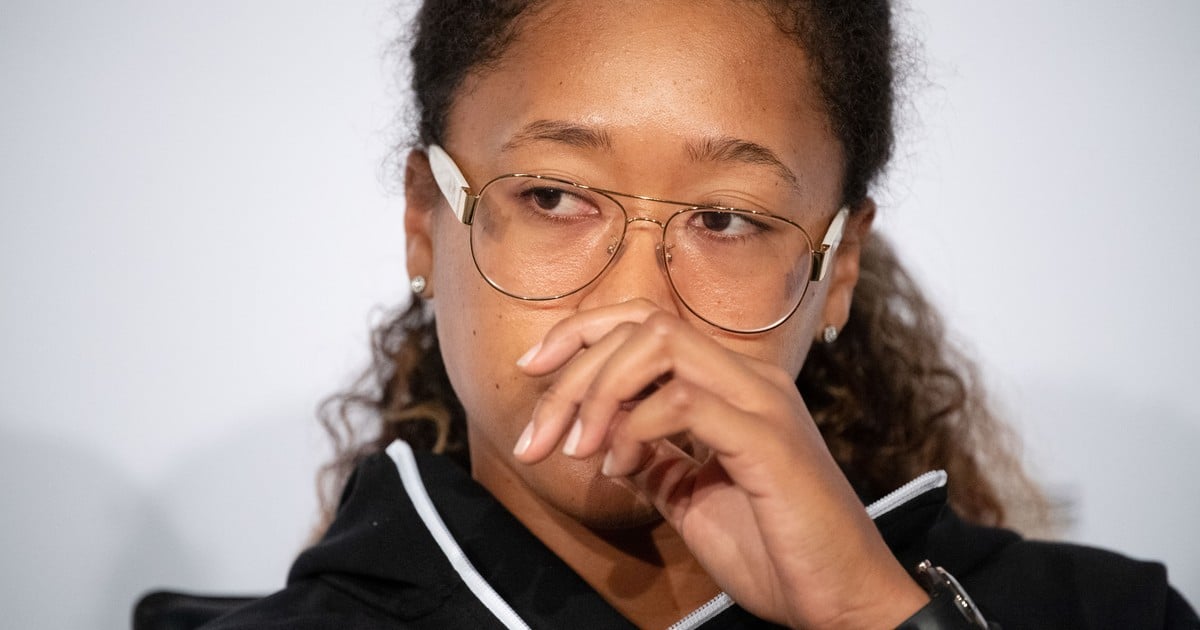 I learned two new words in Japanese this week. There are already four. The ones I know from before are “arigató” (thank you) and “harakiri”. The new ones are “kawaisou” and “wagamama”. Kawaisou means “poor thing”; wagamama, “little boy.” Or in this case poor girl or girl, because I found out the meaning of the words in the context of the controversy generated this week around tennis player Naomi Osaka.

The world is still suffocated by the covid and its dire economic consequences but, well, life goes on and a not inconsiderable sector of humanity had time to enter the debate unleashed by the refusal of the tennis player ─23 years old, number two in the world─ to undergo press conferences at the Parisian tournament of Roland Garros. Opinion is divided among those who believe that Osaka is a battered young millionaire and those who think it is a spoiled young millionaire.

Those who rule in tennis warned her that she risked sanctions if she did not fulfill her contractual commitments. He did not comply, paid a silly fine of $ 15,000 and, immediately afterwards, was expelled herself from the French Open before playing the second round. He claimed that he had fallen into a depression after winning the US Open in 2018 and that his mental health problems were exacerbated when he appeared before reporters.

I have a lot of respect for the subject of mental health, and more so in these times of confinement. Young people, especially, have suffered a lot. But some more than others and I must confess that my first reaction to Osaka’s particular suffering threw more on the side wagamama what kawaisou. I participated this week in a debate about Colombia, where crowds of young people without jobs and nothing to lose face police bullets, and the truth is that I do not have too much sympathy for a young woman who in the year horribilis in 2020 it earned $ 37 million, almost all thanks to its deals with brands like Nike, Nissan and Louis Vuitton.

However, let us not be tempted to think that in the lives of the rich everything is joy. Take the case of Bill Gates: so many years projecting himself as the protective father of humanity and now there he is, the poor man, his reputation tainted by a divorce that has exposed his friendship with the pedophile Jeffrey Epstein.

My initial reaction to what I began perceiving as Naomi Osaka’s tantrum was fueled by none other than the holy figure of Rafa Nadal. The Spanish tennis player commented on Monday that all parties to the contest had to respect each other but athletes had a contractual obligation to attend to the media. He said: “Without the press we would not have the same visibility”. Translation: “Stop humping yourself, babe.”

It also occurred to me that if Osaka felt depressed and fragileWhat the hell was he doing competing in a demanding tournament like the French Open? Knowing that I get in trouble, I would add that the frequency with which people play the mental health card these days, like the racism card, risk trivializing a terrible problem, with creating an equivalence between genuinely cases serious and those that are not. There are few things more dire than suffering from psychiatric problems, just as there are few things more despicable in the human being than abusing people simply because of the biological accident of being born with a certain skin color. But, everything in proportion, please, with respect to those who really suffer.

Accusing people of belittling your sanity when you’re in a bind is an effective remedy, as masters of the play, professional victims, Prince Harry and his wife Duchess Meghan Markle have shown. It is an almost infallible shield. The debate dissipates. The enemy retreats. The one who criticizes you is a cruel ruthless.

As the week progresses and reading more about the Osaka case I have seen that the shield worked for him. The tennis authorities have backed down, the tennis players who at first said nothing came out to defend her. “How brave he has been!”Said veteran Bille Jean King. “I wish I could give her a hug!”Serena Williams exclaimed.

Now, five days after the start of the drama, I don’t know what to think. I feel a bit of guilt but perhaps the unoriginal mistake I made was to pass judgment on an issue whose insides I do not know. My attitude has moderated. Since I cannot contradict Osaka, I accept that having to respond to the impertinences of journalists shakes up their attempts to regain peace of mind. As little as it serves you, I beg your forgiveness. And with more sincerity because the debate it has opened seems legitimate to me.

Are press conferences really necessary after every tennis match? Are they with soccer or rugby or basketball players? Isn’t it true that 99 percent of what they say is repetitive and bland And does it not contribute anything to the happiness of the species, or to the sum of human knowledge, or even to the value of sports chronicles? Also, isn’t this ritual outdated in the age of social media?

I am not proposing that all press conferences end. The politicians and government officials whose salaries we pay are the ones who should be obliged to submit, every day if necessary, to questioning by the press. But the athletes, no. Follow the example of Naomi Osaka and communicate with the world on Twitter, if you want, although I would infinitely prefer to face the questions of journalists, whose faces can be seen, than the insults that are fired from anonymity on Twitter.

I suspect that there is nothing that has harmed the mental health of youth more than the pressures they receive on social media. But if these are the media that Kawaisou Naomi prefers, there she. Good night, good luck and arigató.